Thanks. I need all the help I can get. I’m working on my own build of a driverless cob setup that should blow the junk I’ve made so far away. 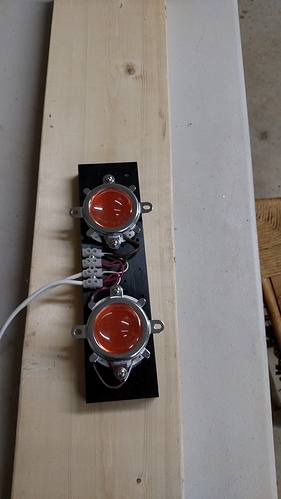 What kind of cobs and how do you plan to power them?

So they are 120vac cobs, where do you go about finding them? You’re definitely short of being able to cool those passively. But 120 F isn’t terrible, cooler is better though.

The 600 watt light you plan on building with these cobs, or something different? 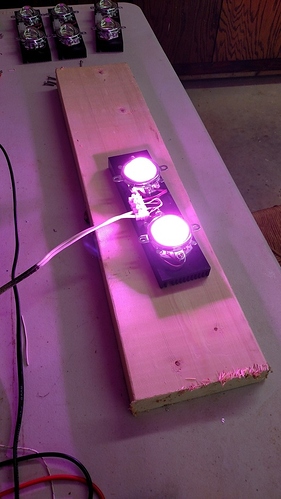 Do you have any technical data on them?

I read somewhere that they do have a driver, but it’s installed on the board. Any idea if that’s accurate?

Sounds like a fairly cheap way to get into some cobs anyway. I’d be curios as to how they perform compared to their name brand counterparts. And replacing them definitely sounds cheap enough, as long as they don’t burn your house down. I’m not saying the will happen if one fails, but it definitely does happen. That’s one of the main reasons the more expensive drivers are so popular, the short circuit and overcurrent protection. Also another reason most will wire their cobs in series.

Those could be just as safe, but without the data you really don’t know. Not I chance I will take, nor be likely to recommend to others. Not without knowing exactly how they are configured anyway.

Also, a larger heatsink could possibly do as well or better than going with a bigger fan.

Oh I agree 100% about recommending them to anyone else. I’m building these lights for me. I don’t recommend anyone messing around with these voltages unless you are well trained. I am. I use a ton of caution with high voltage. Fortunately fire won’t be a problem. I was a fire alarm tech for the last 16 years so I have a good handle on that. I was a tech helping design the most sophisticated spy equipment the military had before that. The only thing I can find out as far as the design is a guy on YouTube toying with them. He has a drawing of the light. It has current limiting to prevent overheating. If you do a search titled driverless cob LEDs, you’ll find what you’re looking for.

The heatsink being larger definitely helps. I picked the ones in my photo because they are tapped for cobs, and have holes drilled for mounting. I have some twice that size and you could feasibly go with no cooling. They’re about 130° with the larger heatsink. That’s too hot for me.

Sounds like you have a pretty good handle on what’s important. Hopefully they do well for you!

The guy on YouTube that plays around with these LEDs is bigclive. Also he’s on Pantheon. You might check him out if you want to know more about these “Smart IC” driverless cobs. Apparently someone is already selling lights using this technology.

I find that on aliexpress… 3-5$ 1 piece… I think I will purchase 4 of them and put them on every wall(side lights)!
You have something to measure them? I don’t think them are 50 real watts

I measured them at the wall. 2 are 120watts. Should be pretty close. They are driven hard by the on board drivers on the 50 watt version. They all have 74 LEDs so I think the wattage is close to correct. The 20 watt version is not driven near as hard. You might want to buy a few of those and play with them. You can get lens/collimator for about $3. It really concentrates the light.

I want to try this one… But I don’t know if is fitting inside the glass. And how is better to install the fan, to blow in the heatsink Or the other way around 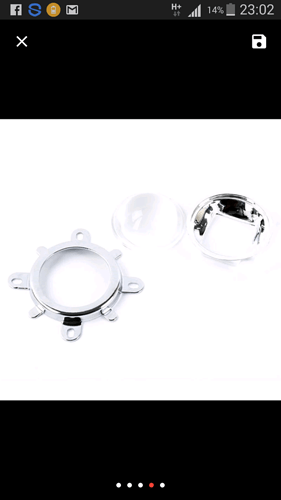 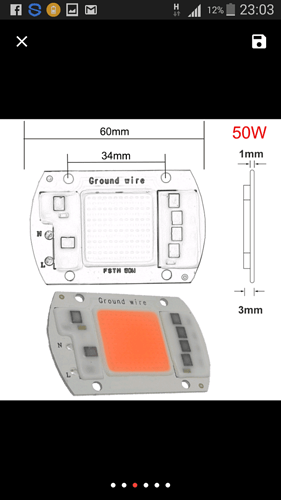 The lens isn’t necessary if it doesn’t fit. They actually block a portion of the light. They typically give less overall light to create a more intense beam directly underneath the cob. @M4ur

And you want to blow the air down onto the heatsink. So in a way to bring cooler air into the channels of the heatsink, forcing the warm air away.

Thx @dbrn32… I will buy 2-4 of that cheap cob and give them a try… I also looking for the blue ones… The red ones is for flowering stage right?

Yep! They red can be used all the way through, but too much red in veg will cause a lot of stretch.

I’m planning to use them for side lights, I have a meizhi 450w for 2x2x5 grow box but I think I need more,

Interesting. They have an extra chip. I wonder if it’s a better rectifier. These lights have a flickering problem. It’s not an issue when you’re using them the way we are. My cobs are full spectrum. They have the right colors already supposedly. I’m about to find out in a couple of days