Was on hiatus for a few months. Wife and I had a couple cruises planned and I didn’t think I had enough time to get a grow in between last trip and the one we just finished.
So here’s what’s happening, last grow was Atlas Grease Gun autos. They came out real nice and I have a couple buddies that really enjoyed that smoke, so I have one Grease Gun going and have moved into the purple pheno camp with two Gnome Automatics Anvils. Looking forward to seeing how well the Anvils do and what kind of yield they give. If anyone here has grown this strain I’d be interested in hearing how it went for you. My last two Grease Guns gave up 7.5ozs, hoping the Anvil can come in around that weight. So anyway hoping everyone on here is healthy and growing up to your potential!
Here’s some pics or it didn’t happen 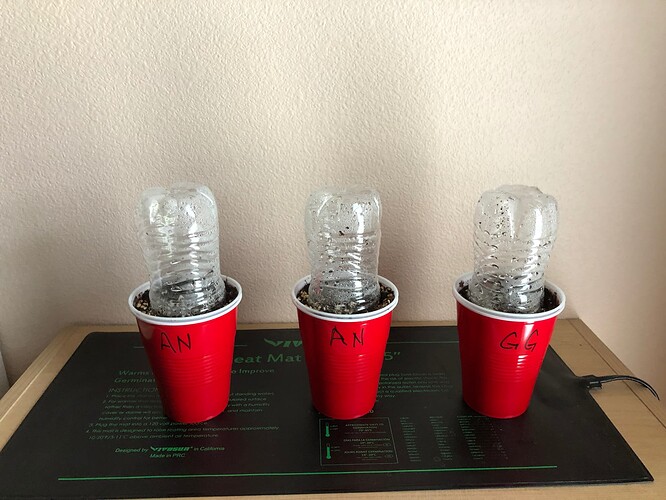 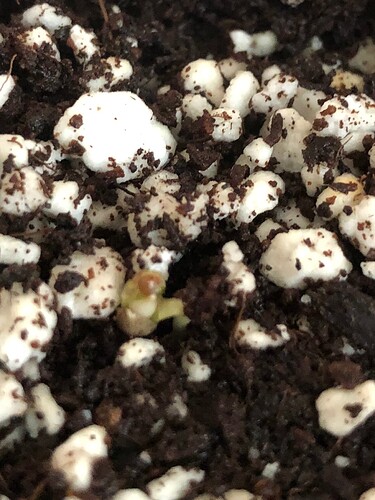 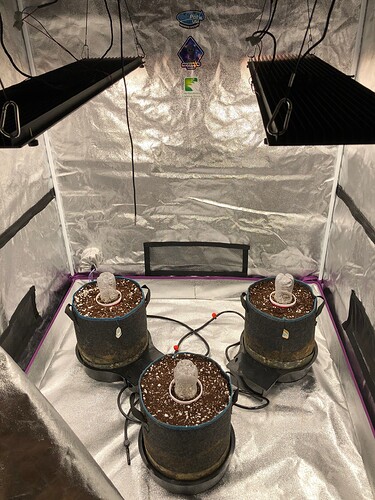 Lol, I don’t get outta the house much but I’ve never even heard of those strains!

Got them from multiverse beans. Grease Gun was a freebie. The anvil I purchased.

The Grease Gun is pretty potent. One of my buddies tried it and said it was probably the best smoke he’s had and he’s a habitual smoker.
The little bit of keef I got from trimming was very potent.

Man so many different strains to choose from! One of the hardest things for me to do is pick 1

I’m with you there @Pinboy. I have a notebook with a list of all my seeds and their major effects. When it’s time to drop some new seeds I always struggle with what grow try next. Or should I just come back with some clones??
There’s some many varieties out there now I think they’re going to run out of names soon.

Lol, then throw in all the different breeders…I have a retired friend that made 550k/year naming paint colors for a major paint manufacturer…lol she was my best customer back in the day

Damn, that’s the job I needed. Get stoned and come up with paint color names for half a mill a year.

Unbelievable right? Then there’s the rest of us lol

OK… so here’s an update for anyone interested. I originally had two Anvils and one Grease Gun going, well unfortunately one of the Anvils didn’t make it. It was very odd what happened as it just kinda dried up got brown and died the other two were just fine. I planted a freebie Froot By The Foot in it’s place so I’m a week off from the other two as far as time. Anyway the anvil and Grease Gun have hit the 5 week marker and are pre flower and doing well. The Anvil is a beast so far, growing quickly and showing lots of bud sites. I know how the grease gun will go as I’ve done that strain before, it’s a great strain that packs a nice punch and produces a decent amount I got 7.5 ozs off of the last two I did. I have no idea about the Froot By The Foot so we’ll see.
Trying to stay on top of my VPD on this grow and so far it appears to be paying off. Living on the sun and trying to manage humidity here in TX is a constant job. With my A/C running the humidity wants be around 45-50% which is great for flower phase but not so much for veg. So I have my House of Hydro humidity rig running most of the day adjusting as needed to stay within VPD parameters. Burning through about 5 gallons of water every two days. The unit is made from a 17 gallon tote and effectively holds about 10 gallons with enough head space to create vapor. Thanks and happy harvests. 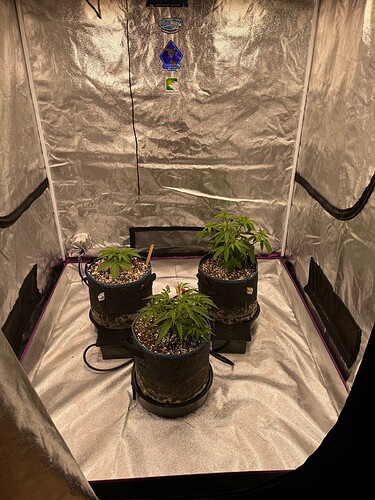 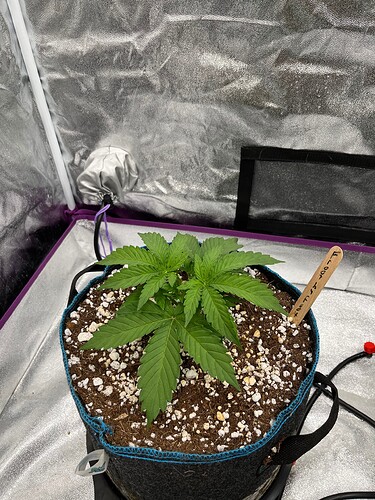 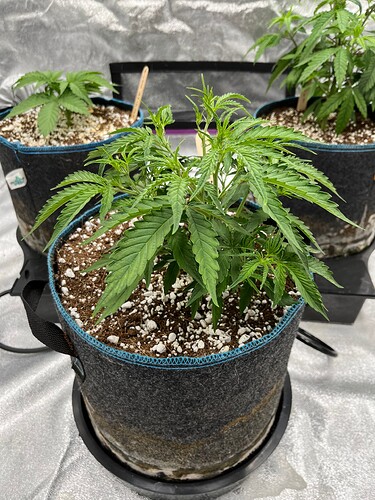 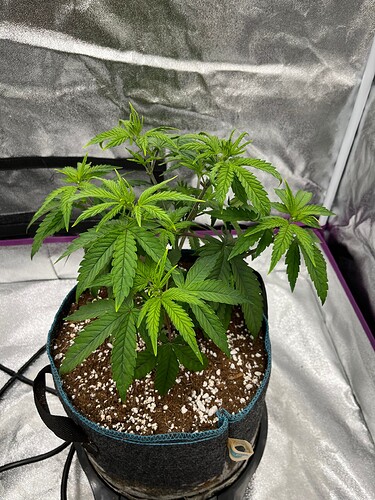 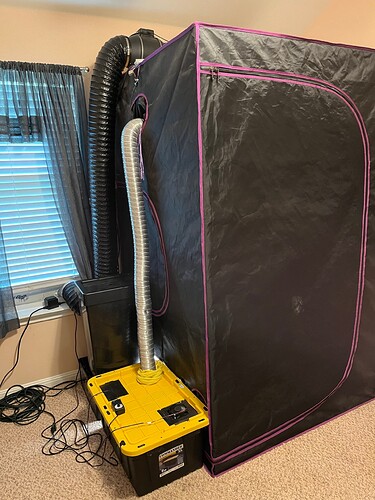 Lookin good! Off to the races!

What’s it run with the rig running? Do you vent the tent into the room or outside?

So the humidifier is a House Of Hydro 3 disc mist maker and I have the ability to fog the tent out if needed. I’ve been running the tent at 79*F with 65-70% humidity for seedling/veg stage . Now that they are getting ready to flower I only need the humidifier in late afternoon once the sun has burned off the outside humidity. Once they are in full flower the humidity in the house should be fine for them. I will say this if you’re considering building one of these humidifiers be sure to have an extra filter sock available due to the mineral content of your water. I noticed my fan not keeping the tent at temperature the way it usually does so I started looking to see why and when I looked at the filter sock it was white with dried minerals so much so that when I took it off and shook it outside it gave off a huge cloud of white dust. I will say if you need to increase humidity in your tent this is the way to go, the regular home humidifiers can’t give as much humidity and you’ll be constantly refilling them.

Yes tent is vented to the outside.

I noticed the outside vent after posting the question. That’s a cool set up. You can get rid of the mineral dust by using dehumidifier or ro water. I just switched to flower so I have some time to think about it

Thanks, yeah I know if I was using a more pure filtered water that would stop. I do have a three stage carbon filter on the water I use for the plants. They’re going into flower now so the humidity in the house is fine for flower. These are all autos I tried photos once and decided I that I liked the fact that the autos do what they need when they need. I know I can get bigger harvests with photos but for me there’s too many factors that can possibly go wrong and I don’t smoke enough to support growing pounds at a time

. On my first and only photo grow I did two Banana Kush with a Goldleaf, the gold leaf hermied and seeded itself along with one of the Banana Kush. I believe I had enough light getting into the tent to cause an issue I also wound up letting them go longer than needed due to a death in the family which may have also caused it to go to seed. What are you growing that you just flipped?

After getting back into it I started with autos, maybe 5-6 grows?? Then switched to photos and autopots. I like both and have had both good and bad luck with each but I like photos better. Right now I have 3 dosi’s and 1 super skunk, all photos in the tent. I also just harvested a 420fb forbidden runt and have a auto mazar with about 3 weeks to go. These were both autos grown on my deck in 5gl soft pots, no nutes, no ph water…

Hi, I scored a free Atlas Grease Gun auto seed a few months ago. It sounds like it’s sativa-dominant, is that so? What are it’s effects, i.e. energetic, etc.?

Yeah it’s 60/40 sativa/indica. it’s a nice smoke and high the flavor has a funk to it and the high is calm but not sleepy. I have a buddy who absolutely loves this strain.

Well… she’s probably researching upcoming color trends in the process which is why she is paid $$.