Help on a potentiometer for HLG 600

@drbn, am looking for info on running 4 HLG 600 rspec on one dimming/pentiometer switch controller. 5.4 amp per fixture on one 30 amp breaker.120 v. Any advice would be greatly appreciated. I have the drivers that have the grey and purple dimming wires. Could you point me in the correct direction on which dimmer switch could control all 4 fixtures?

@dbrn32 would be the correct name for him to answer your question.

I could be wrong but don’t think you can use one potentiometer for all of those fixtures. You may need one dimmer per fixture but he can let you know one way or the other.

Those are invertronics or meanwell drivers? Also wondering if you already have fixtures running on that circuit? Doesn’t really have anything to do with dimming, but wondering if inrush current will trip breaker on startup?

No other fixtures on that breaker. 30 amp, 5.4 amp per fixture. 4 fixture. Inventronics drivers.

You have model number on drivers?

That’s operating current, not inrush. Drivers just like hid ballasts, electric motors, and a lot of other components will pull several times their rated current for short period of time on startup. Sometimes it’s a problem with heavily loaded circuits.

It’s 22.5 amp draw on a 30 amp breaker. I am pretty sure according to HLG the inrush current is not a problem. Back to my original question on my post. Any suggestions on a dimmer that will control all 4 fixtures?

I am not dealing with electric motors here. HLG is claiming 2 additional amps per fixture for startup. So if I put them on a 40 or 50 amp breaker? What dimmer do I need to control all 4 fixtures?

You have model number on drivers?

Was waiting for that? You will probably need a 0-10v or pwm dimmer.

I am not dealing with electric motors here. HLG is claiming 2 additional amps per fixture for startup.

You WILL start a fire this way because the power draw wont pop the breaker before it can overheat plugs and start fire.

If you really want the perfect answer call your light manufacturer and ask them what the recommended power circuit is.
Anything over 20amp would be on a 240v

You can safely use a 120v 30a breaker, just need to have proper conductor.

Have a fire extinguisher close.

Whats the wire size needed for 30amp ? 10guage ? Thats huge
It must be a fresh run wire if its residential.
What runs on a 30 amp ?

But anyways i got a house for free once because someone stuck 30 amp breakers in their box and it just started a fire.

Is it old wire you want to switch breaker to 30 amp?

Probably depends on the load.

But anyways i got a house for free once because someone stuck 30 amp breakers in their box and it just started a fire.

I could see that, but that’s not installing a 30 amp circuit either. Some people would say that is natural selection? Lol

This is what people who know just enough to get themselves in trouble say. A 30 amp circuit has same requirements for conductor size whether its 120v or 240v. There are also some 15a circuits that require greater than 14awg conductor. 3 conductor is also not required for any of those circuits, 12/2, 14/2 with bare ground will work for any of them if you’re talking romex.

It’s a good point, I wouldn’t run them on 120v anyway. Most of the drivers run more efficiently on 240v, and titan controls makes a gem of a light controller that would operate all 4 with soft starts and trigger cord. But I wasn’t asked about that. OP is working with manufacturer and they would know their products better than I do.

Ok man but serious there is size requirements for what amps you run.
I stated facts is all to try to save someone from a fire and you sit here bickering making it a pissing contest or something.
You want to be correct so be it. Your correct. Im wrong.
Have a fire extinguisher my man and bring the marshmallows.

There’s nothing factual about your above posts lol.

You are good for identifying that a 30a breaker should not be installed on wiring that isn’t designed for it though.

Link me a 30 amp 110v plug to connect this circuit to then and ill believe in it.

Also man stop talking crap to try to put yourself up on your high horse. I state facts man. If your to stoned to figure it out without a fight then you should log off.
All i am trying to do is save someone from a fire and you are saying i am wrong.
12 guage is 20 amp
14 guage is 15 amp
Those are facts so you can just …have a great night. And please do not mislead this person anymore by saying my statements are not true.

There are all sorts of situations where conductor must be derated and those are no good. I don’t need to get off my high horse, just open a code book.

Those are also facts? Like I said, enough to be dangerous. 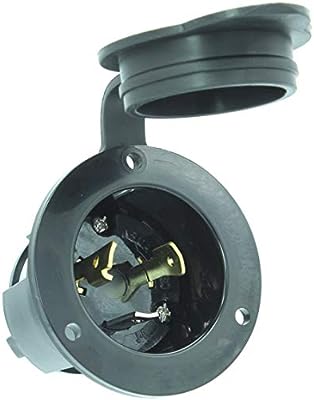 No derating factors applied of course.

Yeah so its 10 guage wire needed.
Anyways those 4 lights are to much for 30 amp i think they would just pop it.
I think its about 2700watts max on a 30 amp. Would have to look it up.

And i meant receptacle or outlet not a plug end.
A 30 amp circuit run to a 20 amp plug would let the plug overheat.
Actually everything about a single 30 amp 110v circuit is wrong for all those lights.

Just be safe. Break it up into more circuits.

Also the equipment used as timer has to have proper rating to run what is plugged into it.

Hey i ask guys at work this question.
If it is consistently wrong does it make it correct ?

And i meant receptacle or outlet not a plug end.

Ask you shall receive

The bottom line is that there is absolutely nothing wrong with a 120v 30 amp circuit. And your suggestion to go to a 240v 30amp circuit would require the exact same wire as a 120v 30amp circuit, so trying to shuffle around wire size doesn’t make any sense. I stated 10 comments ago that I also wouldn’t put this on 120v circuit. But that doesn’t make the other chatter factual.