I just came back from a long trip to family wedding back east and found my buds rotting!!! It’s pretty clear the damned caterpillars caused it. I’ve gotten 6 plants and one, White Widow, was heavily effected.

I even found a couple of caterpillars happily resting in the bed of rot, damn you! I wonder if it’s worth trimming and try to salvage it.

These are the buds that I trimmed the rot off. Is is good enough to let go to full maturity?

There are two Gold Leaf plants that got some. I trimmed off and it looked healthy. Do I need to rinse it with peroxide to sterilize it?

Then another HUGE Gold Leaf that I’d have to climb ladder to trim it. It doesn’t look like it was too bad though.

I’m planning to spray it with peroxide diluted half strength when it cools down later today.

Question is, I’m using them to make RSO or rather FECO, and infused oil for edibles, not for smoking. Should I sterilize them again after I cut them down to harvest? I saw clip of washing the harvest in diluted peroxide to sterile it. Would that be enough? I’d appreciate any advice as I’m so bummed out so close to harvest like this. Thanks folKs!

Notes. The white spots on leaves was from vinegar I sprayed earlier. I first sprayed with diluted vinegar which killed some mites. Then I was in a hurry to leave on a trip to take care of family member after surgery, and just sprayed straight 5% vinegar on it, nearly killed them!!!

You should be spraying your plants down with spinosad or BtK weekly along with the peroxide and yes; you can salvage the plant and some of the flower but got to get back to living growth. You do NOT want to consume mold. I do a bud wash in peroxide for every harvest as the stuff that comes off is repugnant.

Thanks! Oh, I thought it was stronger than that. Do you spray with the same mix?

Your plants look pretty close to harvest time, at least from what I can see, but that is your judgement to make. When you do harvest, I would trim off all large leaves, cut off all bud rot you can see, rinse in H202/water bath and dry with a fan directly on the buds for 2-4 hours. Then transfer to your drying space, once you go to do your final trim, you will probably discover more bud rot which you will need to remove.

At this point you should be good to make your FECO.

also, guaranteed you have more caterpillars in there that you can see. The bud wash after harvest will drown them and they will end up in the solution.

Thanks so much. Yeah, I think if I peel everyone out, I’d find one in there. Never ever seen it in any other plant I grew before. I sprayed them with my garlic-pepper juice every few days when I’m home but I’ve been gone way too much this year. I’m glad to hear it’s still good for making FECO. I’m going to trim the heck out of them since I don’t use that much just for myself.

At first I wasn’t sure if the brown bits were wilted pistils or from rots. Had to look closely with the new scope I got which is harder than heck to focus. Most trichomes (that I can manage to see) are still clear, very few milky ones. I thought I saw some amber on one or two of the buds but definitely not everyone that I looked. It’s hard enough to heep still long enough to see, it’s impossible to take picture, lol!

Hopefully they don’t mature at the same time. I wouldn’t have enough room to dry them where it’s cooler in my basement. I got plenty of room in the garage attic but it’s hotter than heck there and we’re getting heatwave coming - high 90’s which can cook garage attic to Dante’s propotion.

maaaan, that sucks. id do the same as above, look pretty close, its one of those, do you leave it longer and hope you stop the mould, and grow a bit. or id cut clean and run… jezz….

Thanks for the advice. Just console myself that it’s a heck of a lot less work to dry and extract them (bitter laugh!)

I don’t think you snappy is effective on caterpillars. The eggs are laid on underside of leaves and Im guessing that even if you got your spray on them, they are somewhat protected by the egg casing.

BT is a bacteria that makes the plant non edible for caterpillars, so they take a bite, get an upset stomach and die or move on.

You are absolutely correct. If it doesn’t touch the skin, it can’t kill them. I think the caterpillar got some special coating on its skin that’s like wax protecting them too, not just when they are eggs. A few months ago, I saw one crawling and spritz it head-on with my habaneros-garlic mix. It kept on crawling away after even few more sprits. So I gunned my spray bottle on it. Later on I found it dead one the ground. But that was a lot of spraying on one caterpillar that covering spray would do.

What’s BT and how to use it? I vaguely remember @Skydiver told me sometimes ago.

Was out before dawn this morning and was at it trimming until it was too hot to be out at 10. The infestation is worse than I was afraid of. Almost every branch had at least a caterpillar done a lot of damage already. Even being on the top ladder, it was hard reaching to the cola. Once I got a closer look, I decided to chop the cola of (sobbing!)

And it got worse and worse. Do you think I might as well pull out my only White Widow?

On another GL that flowered early, then revenged, there was still thick mat of dried leaves that I hadn’t hat time to trim. So I want to it after I was done with my big lady. I found these odd looking ‘buds’ on half-dried stems next to the trunk. They look similar to the early buds that was trying to reveg a few months ago. But is it possible to be, gasp!, male flower?

Thanks for all the help you’re always so generous with.

But I found if I am able to spray it with garlic/pepper juice a few times a week, it discouraged the moths to lay eggs which turn into caterpillars later

What I advised yesterday.

Thanks, I din’t know what they were yesterday. Just came in from trimming for 4 hrs and spraying with 50/50 peroxide:water. Don’t know what it is, all of the sudden, my head was spinning like I got stoned! How could that be?

I have to look up where to get the stuff. Found some Spinosad on Amazon but they got some bad review that made me hesitated. Might go to Home Depot when I can drive. 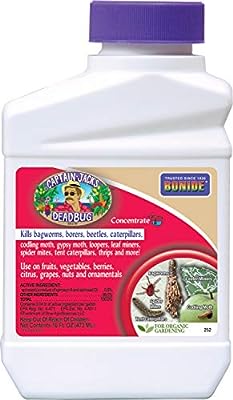 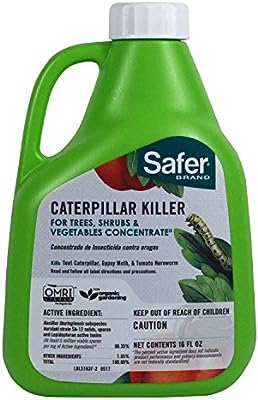 Thanks so much, Just ordered the Safer’s plus spray bottles. They’ll deliver tomorrow!

That piece that looks like plastic bag was one latex glove