Growing with LED (beginner) any advice?

I’ve noticed that the references that you use in your grow bible is only with hps but as you can already guess I’m using led lights.

I kind of want to ask you some questions about my grow because I used a different method of growing my basil plants. For a while I was using lamps with a grow light to and placed them over the plants for about the first month. According to your standards mine were growing at about half the rate that yours was.

I probably should have actually found out the cause of the stunned growth when I figured out that the plastic containers I had them in (to prevent water and nutrients) wasn’t big enough the roots have completely taken over the bottom and started to curl so I transplanted them as best as I could using your method as best as possible.

Instead of the traditional having the lifts above the plants I’ve placed them to hit the sides more so than the top.

How much yield is expected to be achieved with this method? I can send picture if you need or want them.

So I started off with a a19 full spectrum grow light that’s used 660nm and 480nm spectrum 3000k with three other 825lm 60 watt led spectrum 5000k with about a 3 or 4 gallon cylinder plastic container. No fertilizer but using miracle grow. Before transplant soil was completely flushed.

I transplanted them to a 12 gallon pot with a little fertilizer to make the in the soil at the moist then I placed the plant on top of that soil then added more around it to keep stable. Then I poured more fertilizer around the plant in the soil that wasn’t wet at just to get it little wet then put a little put on the stems for immediate use. It has been four days since and I have not watered them at all. They are about a month and a half old.

First mistake is the medium u use is the worst u could probably use yes it will grow it but not well at all and if you could post some pics that would be a great help. Also welcome to the forum. You could fill out a support ticket will also help.

Here’s pictures these are the pictures for the first plant doing a picture for each four sides.

question. what is the purpose of mounding the soil at the stalk?

@hangthebanksters One of the lights dropped on one of them so that one is recovering.

They actually look very happy n healthy to me. Maybe not the bushiest but very nicely grown. Now you may want to top or lst her. So that she can focus on sode growth and you can have a higher yeild. As is. You will have one huge cola.

Also what type of strain is it? Photo? Auto?

That’s not enough light. You can either build your own led or buy some decent one off Amazon. I had three 300w leds just on one plant

The plant looks kinda spindly to me and stretched. Buy a HLG100 and watch that mother grow.

I’m a beginner so I don’t understand what you mean by “top” and I believe they are platinum og. No auto.

@HornHead this is where I’m at now what should be my next move besides force flowering.

Topping is clipping or cutting the top of your plant. It slows vertical growth temporarily, promotes branching and sode growth, and rewards you with 2 top shoots instead of one. At the expense of prolonging your vegetative state.

You need more light. You have to think somewhere between 35 and 50 watts at the plug; NOT what the equivalent is. You can grow plants with what you have but the flowers will be airy and wispy and thin. Really NOT what you want after all of the work you’ve put in…

@Myfriendis410 Dang… I was thinking after this yield I was going to have this amount of light for just one plant. That would be about 6900lm for one. Is that good enough?

@PurpNGold74 Hmmm so based on the picture that I’ve post do you think I should top since I’ve forced flowered?

Lumens is a difficult metric to use for growing cannabis. PAR, and umols/meter, squared and others do a better job of determining the efficacy of a light or lights. But to put it in perspective I have a light that the plants are seeing 50,000 lumens and it’s not too much. So really the best metric to work with is how many actual watts of electricity your lights consume and that’s between 35 and 50. You can grow cannabis under less light but the results will be…sub-optimal.

I don’t want to waste my time unless I can get 8 to 12 oz of manicured bud from each plant and that’s easily doable with the right setup and some grows under your belt.

Yes. If your have pistils forming from flowering then you maybe too late. Normally you biggest colas come from the top and main stem. But they must be well developed and 2 weeks may not be enough time. Im not completely sure but you dont wanna hurt yield.

And @Myfriendis410 is just saying the amount of pure light that you have will not equate to a large harvest at all. Those numbers add up nicely. But you are more likely speaking of ‘equivalent wattage’ notthe true output from the walls. Which is a much better guage. Then there are sooo many variables between light and lumens and the space they encompass. That is why they mentiond par and umol/whatever lol. Just tryna find a specific way to show you how underpowered you are. Im growing along the same lines. And yes. You can get weed with them. No you wont get fist sized dense nugs. No you wont pull and ounce let alone 6-8. But u can grow with it. You are still early enough a decent light will absolutely help you out. HLG offers a $135w qb. Around $150 i believe. And a 65w as well for cheaper. They wont guarantee u pounds by any means. But those are lights i would recommend you peak at 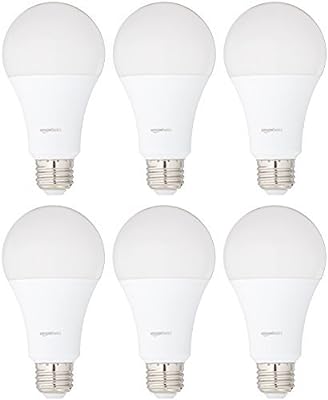 @PurpNGold74 @Myfriendis410 ohhhh okay. So I want lights that output is actually 100watts?