Growing Where Light is Always 12/12

Here’s the question. Where I live, light is always 12/12. How is it possible for someone to grow a beautiful crop, small medium or large outside only with natural conditions being this way. Thanks

Autoflowers keep their own schedule, so light schedule is not as important…

Photo plants, you would probably have to add some artificial light to keep them in veg…

Auto flowers are what you’re looking for.

U can do photos if u want. Veg them inside under lighting til they r size u want them them move them out for flower and finish up. @Cannabian does this i believe but he is in a big greenhouse lol

Welcome to the community ! There are a few Growers that use light schedule 12/12 start to finish on photos.
@MrPeat being one of those.

I don’t do any training whatsoever outside taking off some fan leaves. You will be fine 12/12. She was actually 8 feet tall but 6” at the bottom had no branches so she was 7’6” tally by 8 feet wide. She was so big she grew near 2 feet outside the tent. I also use paracord for support. I also grow Horizontal.

Bottom photo was one of her colas the size of a volleyball.

Always had big tasty buds though

@GoodMafia Correct…I don’t clean my tent. I have zero issues. After this next cycle I probably will since I need to move the tent so its easier to get into the grow room.

Thanks for your response. That would be great if I could find autoflower here.

It’s difficult to get anything related to growing cannabis here. That includes good soil, nutrients, and other cannabis gardening supplies. There’s so much confusion around what is legal and what isn’t. We pray that we get a few seeds when we buy weed. The weed here for the most part sucks. I guy sold me 1/2 ounce of Lemon Haze the other day for the equivalent of $132.25. Soft and squishy, little to no effect, harsh. After smoking 5 grams of it and finding it nearly useless; it does smell good. I told the guy I got it from who is relatively honest. He’s going to replace it. It’s been raining like crazy since around midnight. He picked up what I hadn’t smoked to sell it to another person. When he gets their money he will substitute the weed he took from me with something else. People here operate on being fronted money or weed. It’s a little sad, That’s how it is here. Usually the weed here has been compressed. Sticks, stems, seeds all together. You have to peel it apart. Goes for about $100 per ounce. They call it Jamaican or even Columbian, sometimes Mexican. None is like the cannabis of old. Smells like Slim Jims. Short effect time. Just the way they want it. It’s very disappointing. I’m originally from Maine where I had a medical certificate. They’ve just finally legalized recreational cannabis in Maine. My old buddies are making a lot of money.

I don’t think a lot of locals know what good weed is here. It’s really too bad.

Yeah ! it’s not for me but there is a few people that do it.
As mentioned I think autos would be a good fit .

Thank you. I’m afraid I’d be looking for a very long time. The only person I know who has access to decent seeds here is a ripoff himself. He grows beautiful looking plants that have little to no effect. Most dealers here are blatant ripoffs. Every one wants to make a killing off from shitty weed.

People here rush to harvest. Little drying time and little to no curing time. Kind of a waste. One thing that is very different here is that folks will always tell you want you want to know. It’s always yes, even though the answer is truly no. It’s tricky! It’s a cultural thing.

This article may help 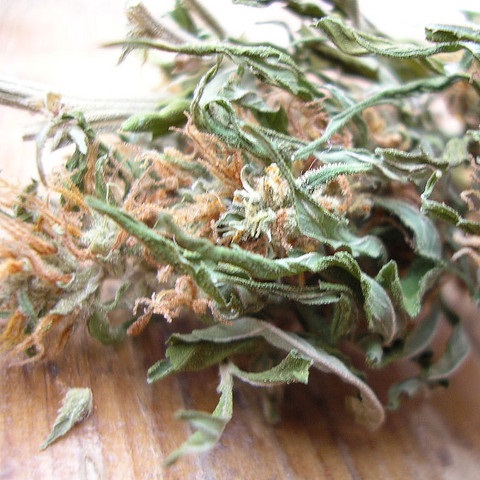 Cannabis is known to be a photoperiod-dependent plant; when summer draws to a close, the plants typically stop growing new shoots and leaves.

I start my plants in January or February, I may try March this year to reduce the plant size a bit

Oh and I start em indoors under Fluence SpydrX lights.

You can always try Angus at The Real Seed Company? He sells the real deal. Unfortunately no hybrids except for his heritage strains.
If you have the wallet, you can also get high quality rip your face off pot seed from Aficionados but be warned, fhe price to play that game is high! You dont wanna goof on that seed!

I think 10? Some strains are sold as clones too I believe. If you want to know more about then @Hoppiefrog grows their stuff al.ost exclusively.

Gonna check them out again. Skimmed thru real quick 1 day because of prices and not knowing hiw many beans u get lol.

50 hits a seed better be like some meth weed or something. Lol.