Hey guys yous know ive been having trouble with my gorilla glue auto not flowering .well its going nutz its flowering like crazy and now its taking over my tent if i didnt have two other plants in there with it it would take up the whole 2×2×160 tent 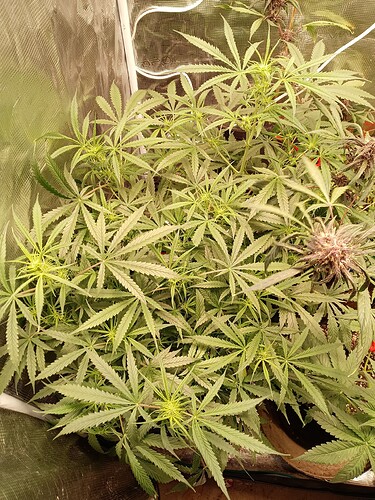 So how many weeks did it take before it started flowering? I’ve got one going now that’s day 24. I’m considering topping, but afraid it’s to close to starting to flower.

I’ve never done that before, but I gave it a shot. Does this look right? 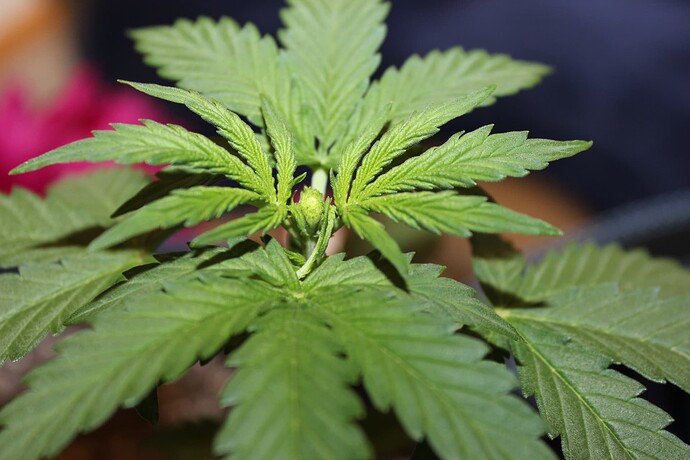 Wow, the last two hours it went to crap. The whole plant droopy like it was under watered, but it wasn’t. Hope it looks better tomorrow.

Ur plant will be ok my one went like that aswell

Sorry to chime in but watch ph pretty close with that gg. All the gg I have grown seem more sensitive. They react fast to hard fluctuations. Just what i have experienced.

Hey is some pics before defoliation and after 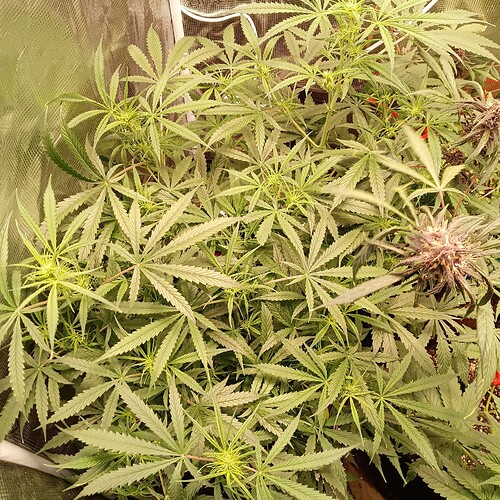 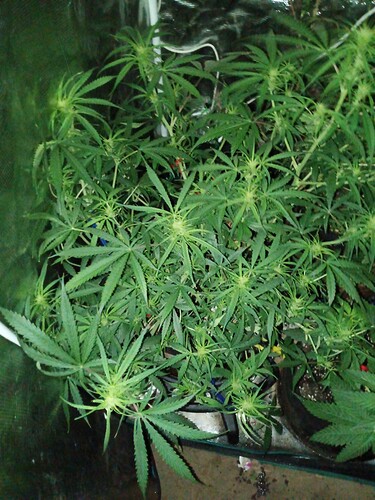 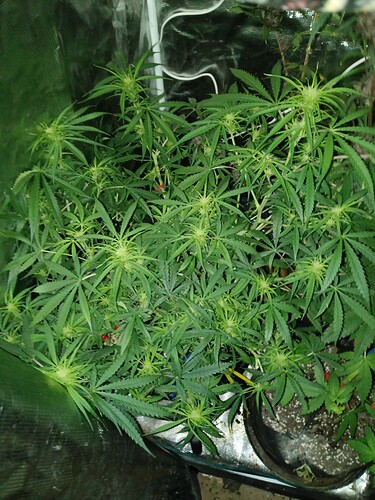 Im following along to see how she rides out. Mine finally quit stretching

Same thing happened to my smaller plant. The right side started to get yellow leafs due to not getting enough light.
So i just cut the branches that wasnt getting enough off so it would focus the energy elsewhere. Not a fan of doing that but its better than getting a bunch of undeveloped buds imo.

Consider that your gg will get very heavy buds. Very heavy if waitem out. I typically had to stake up all the mains almost every time. This is a pic of a clone we grew at friends. No lst. No nothing really. He just did what i asked in the living soil which was nothing really but water. We will start his second plant soon as my runtz clones are ready. Poor guy panicked every ugly leaf. Was wondering why I was like…meh close the tent and go watch tv…lol. it is pure fire. 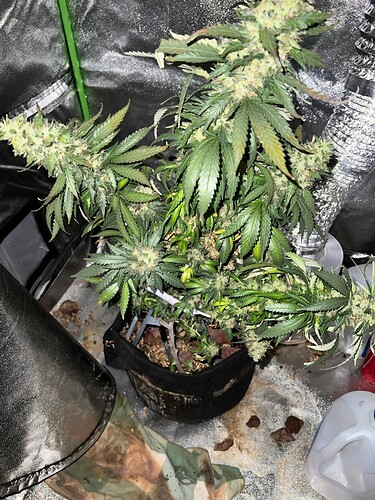 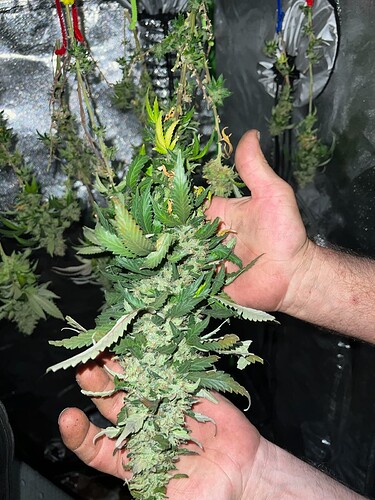 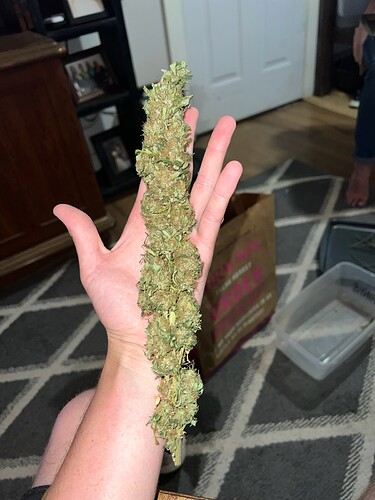