any1 here use gaia green? was just going to try it out useing their all purpose 444 and the 284 bloom i was wondering if i should also get and use the bat guano, the alfa male and all their other single amendments or should i just stick to amending once a month with just the earthworm castings with the all purpose 444 and the 284 bloom??? does anyone else use their other amendments to give it extra boots of nitrogen and phosphorous at the end of veg and flower? do you you just ramp up more 444 or 284. curious if someone has worked all their amendments into a grow schedule or even any of them. would love to her what some other people are doing and how it worked out

This is my first run with it. I’ll chime in tomorrow when I can put my thoughts down. I love not having to mix nutes all the time, water to runoff etc. girls look good to me about 46 days in. I’ll provide my learnings in more detail tomorrow. I just use the 444 and 284 along with ewc. No other amendments 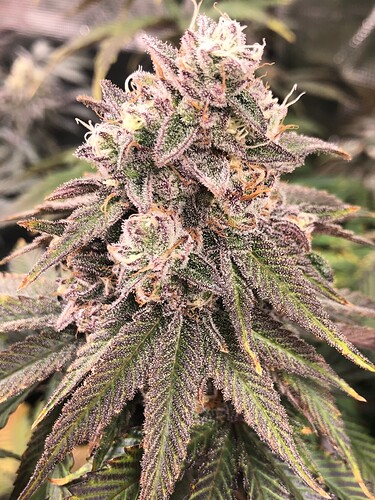 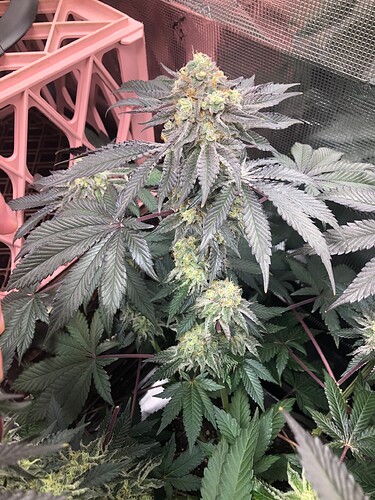 @xwhitex Morning. This is my first run with GG, it cost just as much in shipping to the states as the product did. I am just using 444 and 284 along with some high quality vermipost (not GG brand, that doesn’t matter) along with promix hp. RO as water source.

For germ, I just mixed the recommended 3tblspoons per gal of 444 with ~20% ewc and the promix. Germ rate 100% and healthy young ones.

I potted up 3 weeks in, thinking that’s the time for refresh of nutes. In my case they got a little rootbound, but after transplant and a week, they were rocking. I haven’t seen plants this lush and green.

Potted up again 2 weeks later, each time amending my soil. Then flipped. Since I was going to flip a week after transplant, I went 50/50 444 and 284. Around a week later flipped.

I am around day 48 and things look good. But I don’t know if they look as good as they could, given new strains and whole new grow process.

Here are some findings. The top dress mix will dry out and cause watering issues, so put some hay/or whatever on top to help keep it somewhat moist. I also might go to a 2x/month schedule of top dressing so I have better control over the ratio given where that plant is. The heavy top dress dries up too, as I said, which I simply broke up by hand every time and it helped with watering.

I have used RO, added some organic calmag every other watering till week 5. Once it hit 200PPM, I could then get a good PH and tried to hit 6.5.

I like not mixing. I like no watering to runoff. I love not checking PH and PPM seemingly all the time. However, I don’t know if they need more nutes now since I am not getting PPM. Hence, I would go to a bi-weekly top dress rather than monthly.

The garden smells much better than last run, could just be better genetics. I am also using my UV bar this run, which helps with tri development.

Oh, and make sure you wear a mask when mixing. If a fine power that gets into the air. My first time I didn’t and I think it gave me a sinus infection.

Thats all I can think of now. Ping me with questions. I definitely love this method esp if I have to have someone care for the garden if I leave town. Even just using straight RO the lime in the promix would buffer the water.

Have fun! Ill post some pics near harvest in the other thread.

Sounds interesting but I like the simplicity of the jacks 321. I mix the same thing from when they are a seedling as the week of harvest. I feed/water every day with the autopots but only have to mix nutrients once every 4 days or so.

After I mix the jacks up I check the ph. It runs 5.9 out the gate. Sometimes I’ll bring it to 5.8 sometimes I let it ride.

Ive heard a lot of good things about Jacks. For me, when I started to get my setup going I was watching mr Canuck and bought into the GG train. I literally bought a train load of it (well not so much) given the cost to ship. So I am set on using that for a couple runs, see how dialed in I can get things, then evaluate if it makes sense to try something like Jacks. Have a great day

hey man thx for the info that was exactly what i was looking for cuz i was wondering if i should top dress every month cuz after a few weeks it seems like the nutes were running low but i was afraid to burn them and thats another thing i was unsure of if i should feed in 1 tbsp per gallon of each of 1 tbsp per gallon between both of them i got their mineralized phosphate to try to use at the end of flower to ramp up phos my girls are 4 weeks into flower and i just top dressed last week so they are going to need another feed next week and was going to do the same at 75 to 25 percent ratio with ewcs. a few of my girls flowering time is like 8 or 9 weeks but i got a few that are labled for 12 weeks of flowering so im trying to plan out when to stop feeding the 444 cuz some of them are gonna need the nitrogen for a lot longer i would think @stltimmy1979 i also am running roots organics dry amendments and top dressing every weeks and incorporating all their dry amendments into a feeding schedule if your interested on what i did and how i fed let me know and i write a detailed description of when i used what and how it worked out

I personally topdress every 2 weeks 16-20 tablespoons , in flower time you need it especially when they get huge like this skywalker og auto 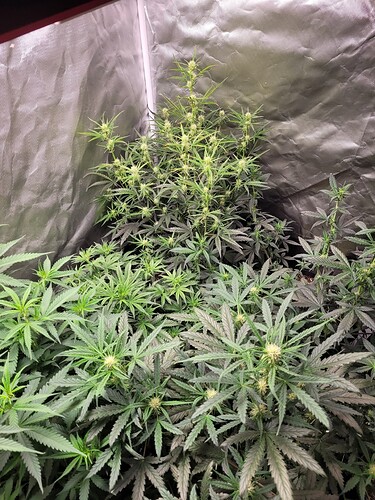 5 gallon pots and I use a mix similar to those nutes ,down to earth 484( used to use 444 also but it’s to light on nitrogen so I switched to the old truck nutes but you can always add bloodmeal)

yea thats exactly what i was wondering if i should use some of their base amendments to give it boosts of N and P in late veg and late flower and shit iv only been using 1tbsp per gallon between the 444 and 284 so only 5 tbsps every 2 weeks i got their mineralized phosphate 090 to use towards the end of bloom and was wondering if i should get something to ramp up the N in different stages of veg and flower. was thinking of useing some alfalfa meal 3 0 2 at the start of veg then bump up to feather meal 12 0 0 then once they are big bump up to blood meal 14 0 0. then in flower starting with rock phosphate 0 30 then bumping up to mineralized phosphate 0 9 0 then bump up to bone meal 0 14 0 and then finish with fishbone meal 6 16 0. all with using the 444 and 284 at 1 tbsp per gallon at different ratios throughout the grow. not sure if thats going to be to much N at the end of flower thowhat do you think ? @GreenSnek

I think your overthinking it just use bloodmeal mixed in with your 444 ( at about 1/3 as much 444) and just give more overall fertilizer as they get older but always remember it takes a while to break down so you’re giving them what they need in 1-2 weeks. Also going into flower cut out all nitrogen additions and just use the 284 they just don’t use much nitrogen after the flower stretch

I have an autoflower in coast of maine stonington soil. I will top coat with stonington amendment at 4 weeks and may add a little fish bone meal. That’s it.

When do you cease to top dress, around week 5? Is there truly a ‘flush’ period with organics? This is my first time compared to using fox farms…

Thank you! What ratios on each?

Do you use RO? if so do you utilize epsom throughout the cycle too and if so, what ratio? Just trying to learn what others using GG are doing.

Thx, PH adjust after adding those?