Borderryan hope you were missed by the tornado down there

Thank you! It was really close to our home. It actually hit the neighborhood I grew up and lived in for 20+ years. Everybody is ok.

glad you guys are OK!

Well, calling it a wrap for the Maui Wowie. Found a nanner yesterday and the dsy before. Found 3 today, and 2 small clusters starting. I had the foxtailed tamed a little, but it was still going on. Right at 7 weeks… 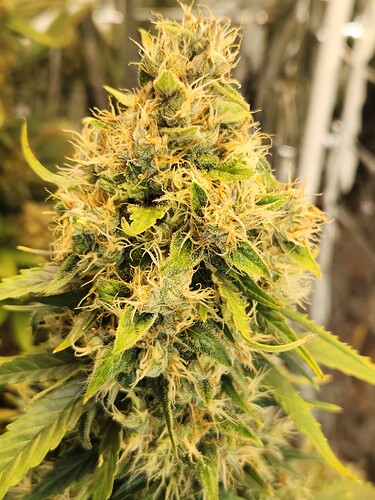 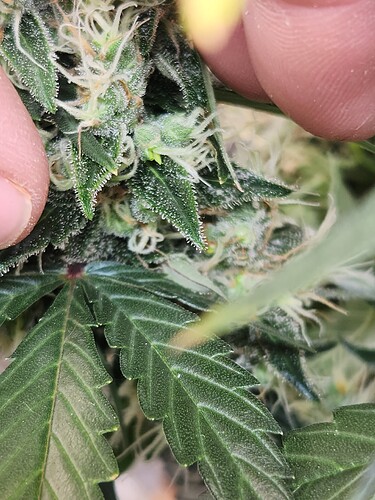 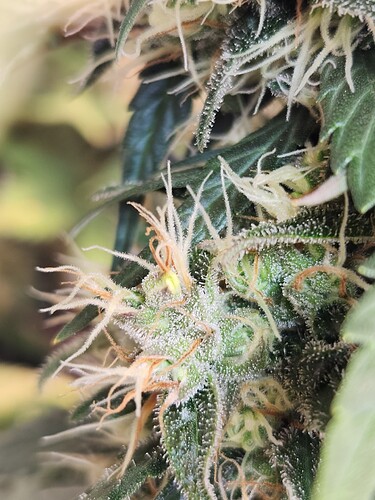 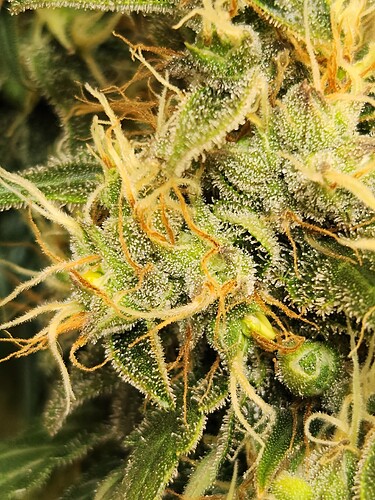 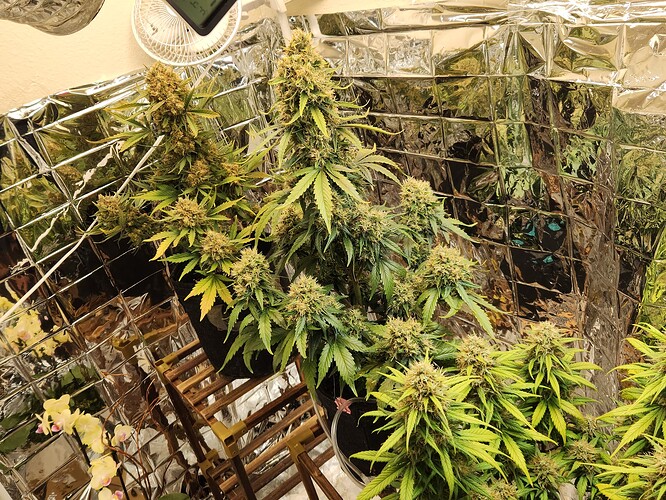 Then, in a few days comes down this SSH… 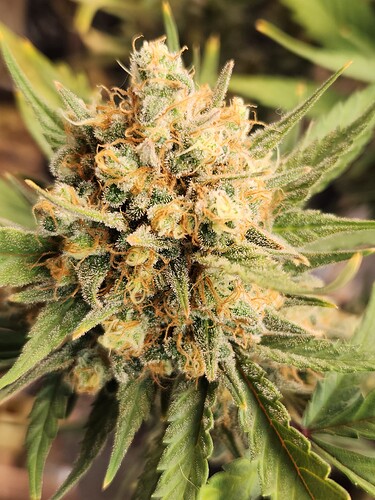 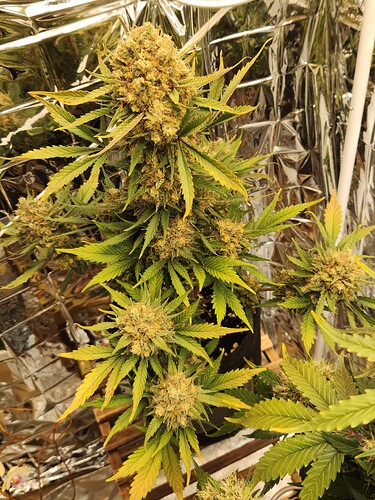 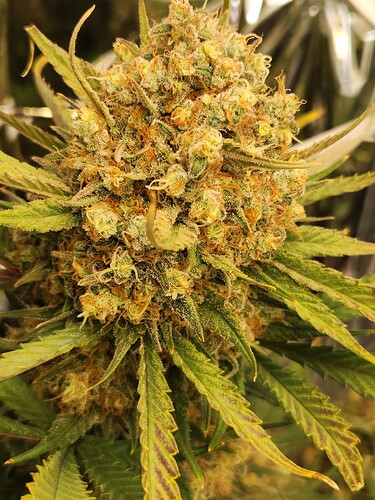 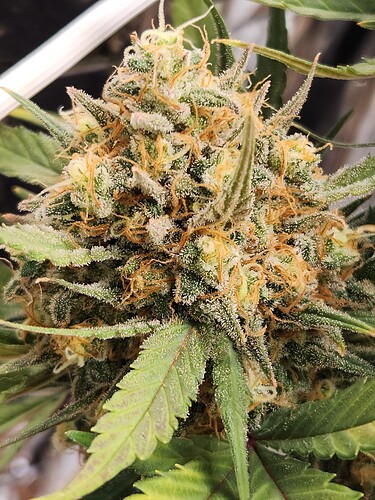 And this SSH has about 2 weeks… 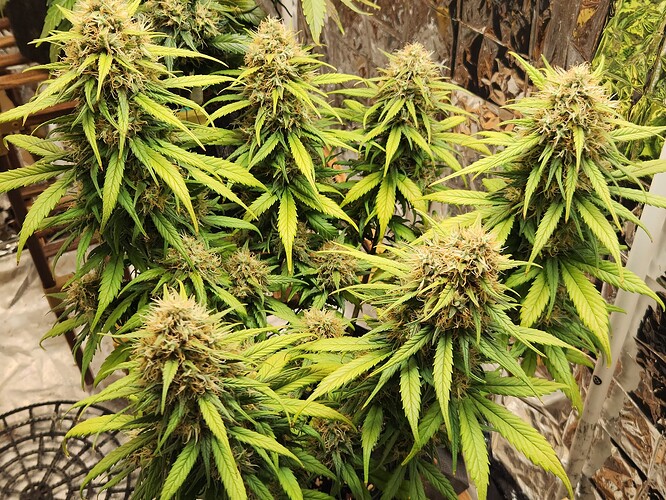 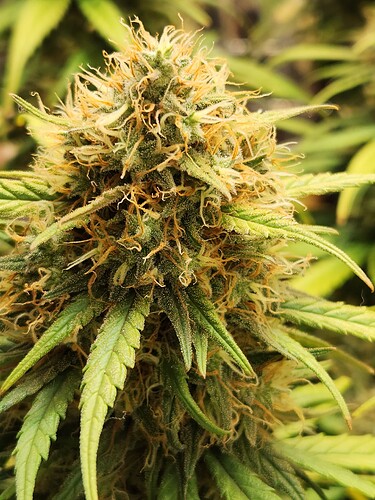 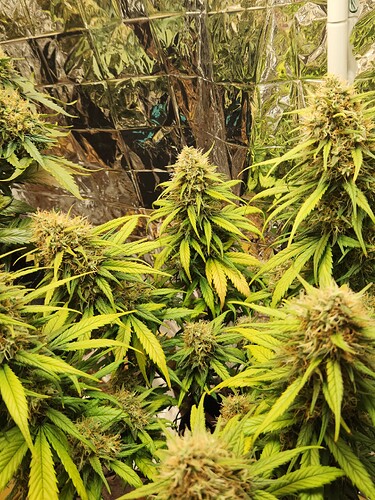 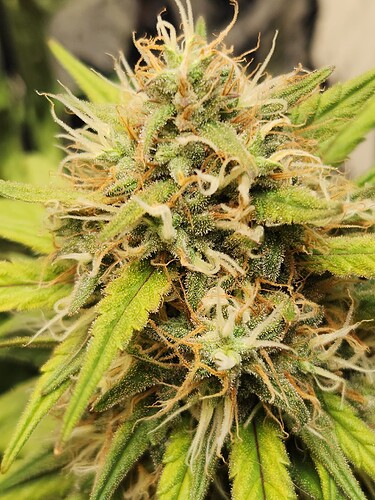 Sorry about the nanners. I let them ride this close to end, but I understand.

I’m not seeing any others after inspecting more. The foxtailing is almost obnoxious, though after further inspection. I’ve dropped her dli to about 38.5, temps haven’t been over 81° in days. She’s been a finicky bxxxx since she sprouted. Came up all crazy lookin. But if I didn’t have a small auto getting ready to flower, I’d leave it. The SSH’s are far along enough that one won’t pollinate and the other may produce small undeveloped seeds.

I went ahead and pulled nanners, and snipped all the little foxtails that i could long squint enough to find, and put her back in. I figure if I missed them, or more form and they bust, the Haze girls will be fine. The solo cup Cookie auto isn’t flowering so she’s ok until. If I can get another week or so from the Maui Wowie, without her going into full herm, I’ll be good.

Trich shots of the sample I’m about to rip up in the bong. From the very bottom of the SSH that’s almost done… 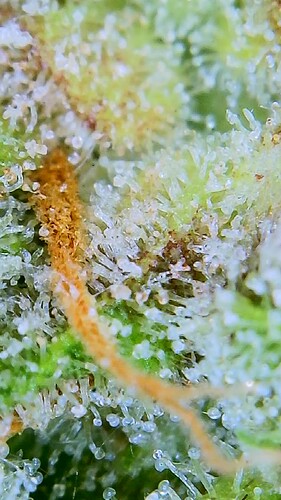 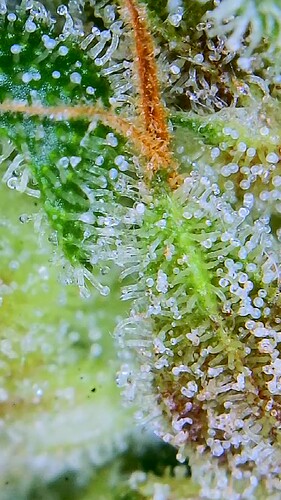 And I got new glasses comin! So better pictures are on the way, soon. I hope.

SSH, topped, is just about there. Definite mood elevator. I’m letting her hit the full 8 week mark and taking her down Sunday. Was able to take care of a couple things without wanting to hit the couch lol. Her sister has 2 weeks or so.

I’ve been burning the Yeti Wedding and GSCE, so it’s been a sluggish couple of weeks lol @Graysin the Wedding Cake is very prominent during the smoke. The exhale is almost like creamy vanilla. She is sticky AF!!! Soon the closet will be full of your strains again!

Maui Wowie is still blowing nanners out. I picked more today than yesterday. I’m going to keep doing pick and pull until Sunday and take her down at close to 8 weeks. Some of her flowers don’t even need a scope. But I think she may have just totally stopped actual flower and is about to herm out. You can almost see where the next nanners will pop out

Soon the closet will be full of your strains again!

The exhale is almost like creamy vanilla. She is sticky AF!!!