Can someone tell me if my trichomes look ready. it’s in week 9 of flowering, so they should be ready according to the timelines from the seed bank, but im not too sure cz i dont see any amber.

please let me know what you think! 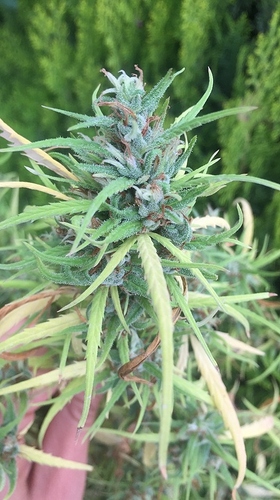 I’ll def do the research. thanks for the tip!

I tried the site zoom, but your pic is too far away to help any.

Here are some pics to help you 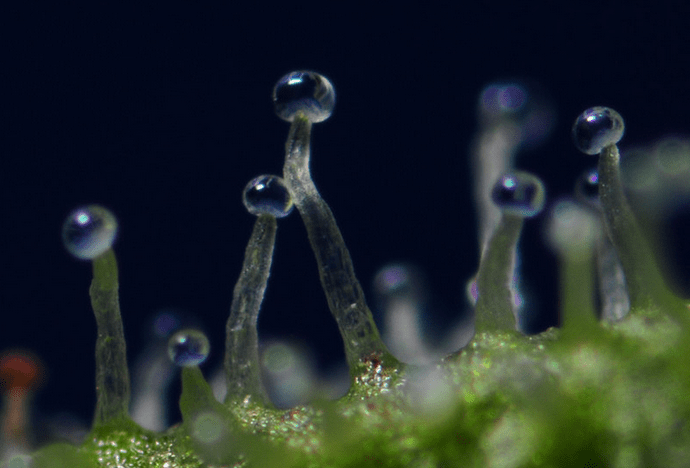 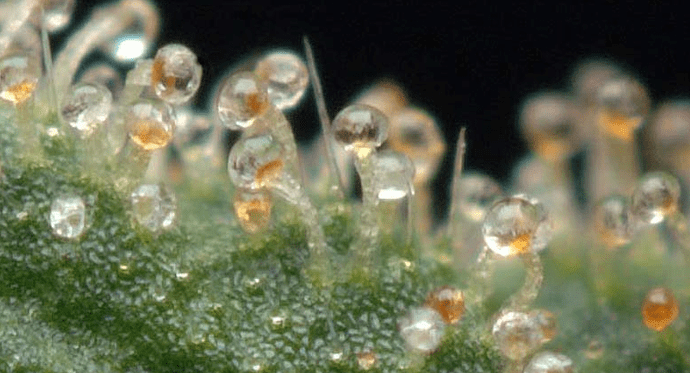 Thanks so much Bob… I checked again this morning with a magnifier… couldn’t spot any amber ones.

i posted another picture that i took from a closer view.

let me know if you guys can spot anything.

thanks and have a lovely day 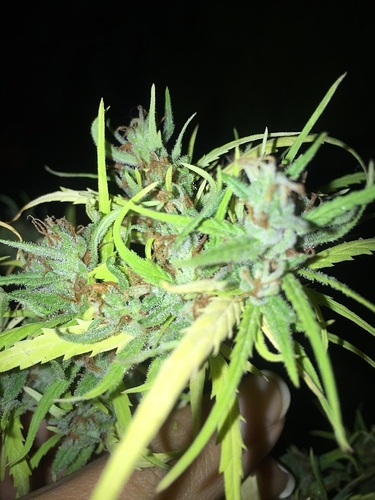 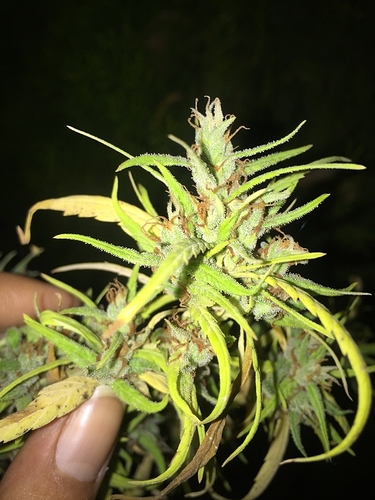 Can you post one pic per post? There is a site zoom, but it only works on singular posted pics @nin Thanks!

so i removed all the leaves that looked like that…, it’s weird though, cz i could just rub the black off. dont know if its mold.

however, i am thinking just in case its mold, should i cut down the plant and harvest before it manifests?
could you tell whether the trichomes are ready from the site zoom

all you help and advice is really appreciated!

Do you think I should neem oil the plant? Just in case?

Hello thanks so much for your reply! I appreciate it

So if you suspect it’s mold, do u think I should harvest now before it spreads even more?

What do u think?

You’re the best! Thank you

If you are going to go to the trouble of detailing each individual spot of mold with a q-tip, I’d use bicarbonate instead. Baking soda has extreme high ph. It will kill almost any mold/mildew/fungus. You can make solution, approximate 0.5% concentration when mixing 1 TBS per Gallon and keep this solution to dab on spots, much better than alcohol which could actually damage any trichomes it comes in contact with them. The bicarbonate solution can be rinsed off with pure water without any damage t…

and then this one

@nin How ya making out?

Sorry for the late reply… so I decided to wait a while to see a little amber in the trichomes before harvest. But I couldn’t help myself, I harvested 3 buds just to try. They dried beautifully.

As for the mold, I literally sat there cleaning up each stem that had any sign of black mold and I wiped it off with water and a small towel. I cut off all the leaves with black spots. There weren’t many anyway.

I think this happened because one side of the plant is growing right next to a big shrub so maybe the contact wasn’t good.

Thanks for all your help.

I would also try with a tiny bit of peroxide… I found it to be the most efficient killing black mold I found in my shower, but please confirm with others on this forum or an expert to make sure it is safe for the plant! I hope that helps! Walmart sells the peroxide spray bottle for 1.25 which is the best value!