Sorry as well for not keeping up.

Oh, yeah absolutely no apology necessary. It’s been a continuous stream of consciousness journal going since last August - it’s long and there’s a lot there. Not all of it is useful.

I’m hoping I’ll slowly get better at it.

What you’ll nail down is what style of Grow works for you and what techniques you can grapple with effectively. I still never did convince myself to run nets (even though it’s obviously beneficial).

Though I did add another dose of peroxide yesterday and will check the roots again in a few hours.

I went through this particular problem. Here’s the catch with peroxide. It degrades rather rapidly and becomes fairly useless in 12-24 hours. You are effectively switching to a sterile reservoir instead of one that utilizes microbes to create the symbiotic environment we usually grow in.

Honesty, that’s probably fine if you’re okay adding fresh peroxide every 12 hours. But light also degrades H2O2. Since you said up above that you have algae growing in the system, I can say with absolute confidence that you have a light leak somewhere. My first suspect is the net pot. I had to black out my first 2 rows of holes on my net pots with duct tape to get it to be legitimately lightproof.

My best advice is to find the light leak - and if you can’t easily see it, cover over everything that seems like it could be the culprit.

Several of my buds either fall off or accidentally get clipped off….

So many of my buds just fall off

I do tend to manhandle them awfully bad though.

I went through this particular problem. Here’s the catch with peroxide. It degrades rather rapidly

I’ve got problems on multiple fronts with this one. I did have algae but at the time I had the yellow tote lid just as is, so light was definitely penetrating it. I did a water change since and covered the lid with foil. I very well might have light penetration at the net pots but I think they’re decently covered. I’ll cover them up.

The tent is so small that I have it in, poor circulation, plants are crowded. Im trying to figure out a better solution asap but basically everything is wrong at once. For now I’m going to do the daily dose of peroxide and keep a close eye on it and hopefully within a few days I’ll have a better setup for it and can switch to hydroguard. Fingers crossed!

The plants are growing VERY fast. Maybe they’ll push through

The plants are growing VERY fast. Maybe they’ll push through

They surely will - as long as you keep paying attention and addressing the light leaks if you see any, stay on top of reintroducing fresh h2o2, etc. If they’re still growing, you’re in great shape.

For what it’s worth, I spray painted my yellow tote lid with a thick coat of flat matte black paint, then waited for it to dry and hit it with glossy white all over. Reflective from the white and No light leaks due to the black coat.

I’ve got to do that. That’s a good idea. Way nicer and easier to work with than foil. Im building out a larger RDWC system but at this point I might have to make a tiny system to make this work. Maybe even scoop up another tent lol.

Maybe even scoop up another tent

I was able to run an altered RDWC in a 4x4 quite well. It was 3 x 5 gallon buckets (ultimately the design was for 5) and a 27 gallon tote.

The tote sat outside the tent but was connected via PVC. It went tote → 5 gal (with plant) → 5 gal (with plant) → 5gal (no plant, with water pump) → water chiller-> tote
It was circular and the water pump being in its own dedicated “mini res” meant roots never had a chance to get caught up in the pump. It also took way longer to get gummed up with nutrients, because those usually settled out in the big tote.

I also know @HappyHydroGrower and @Syndrix run some great systems. I think HHG’s tent is pretty small - I don’t recall if it’s a 2x4 or a 3x3 (or maybe I’m just full of sh!t and he has a 10x10, but I’m pretty sure that’s not the case)

That’s a really cool idea. I like how the stuff settles out in the bigger tote. I’m almost done reading theirs - takes me an eternity. Picking up.some.great tips to tweak my system. Can’t wait to start building

My only plans for upgrade right now is to get a larger res. My current res (18 gal trash can w/lid) only holds about 12 gal of water including 1.5” pvc pipes.

As far as paint totes, some have also sprayed their totes with Flex Seal. Seem like that would be a good idea as well. I just painted mine. But, I also have insulated foam board on top of the tote with a layer of reflectix on top of that.
I also wrapped my tote in reflectix. Whatever it takes to keep the light out.

I don’t have any residue on the inside of the totes nor do I ever have isn’t sediment in the bottoms of the totes.

I’ve gone up to 4 weeks without changing water during late flower. I also usually try to change the water at least every 10 - 15 days. I imagine I could probably just add nutes or water every time without having to do a complete change every so often.

Warm water temps and or light will usually cause the root rot. Are you sure it’s not stained?
Are the plants showing issues?

Great idea on the flex seal…I already have a can laying around that I was planning on spraying around the roof to test out in some spots. That’ll save a few bucks.

I’ll have to look into the insulation. I could see that taking some pressure off the cooler on the hottest days.

I’m not actually positive it’s not stained. It’s possible. I was wondering that myself because when I changed the water they looked clean and the next day looked slimy after. I use a lot of gh micro and that’s some dark stuff. The plants look fairly healthy to me.

@Syndrix How do you take such good trichome pictures?

I’ve gone up to 4 weeks without changing water during late flower. I also usually try to change the water at least every 10 - 15 days

I think that’s where my sediment ended up accumulating. I never did change my water.

Snap us a pic of the roots too next time you’re in there. That may shed some light on what’s going on.

Snap us a pic of the roots too next time you’re in there. That may shed some light on what’s going on.

I think they’re stained best I can tell but I may be wrong. As long as the plant looks healthy, you’ll probably be ok. You’ll know within a day or two if it’s root rot or just stained.

Agreed - the roots usually tend to sort of collapse or clump up on eachother when it’s rot. It may just be early yet signs of rot beginning, but consistent application of h2o2 should keep it at bay. 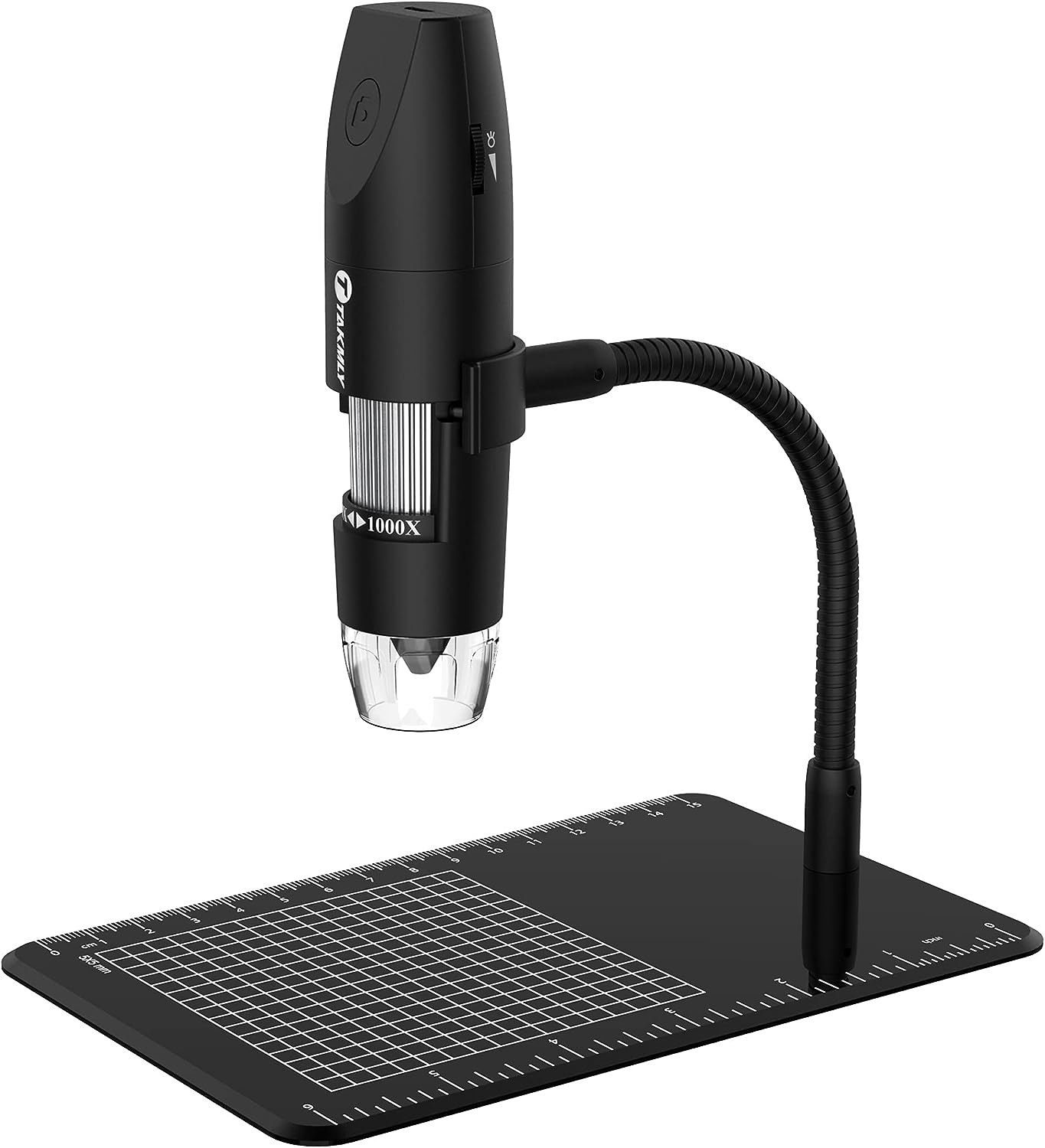 This is the one I bought, don’t like having to swap my wifi to connect to it but hey for what it did for the price I’m game lol

You snip a piece of bud off when you do it or hold it at the plant?

I push it lightly into the bud to get the picture,

The dial is more of a focus point than a magnification amount imo, so once you get it set to focus on something right where it gets held pressed against it, it’s ready to go from bud to bud and look and see the trichromes

Some sticky gets on the clear part on the end but it comes off and is easy to clean with rubbing alcohol and a paper towel if you prefer to clean it.

Yeah I hear that. I’ve ruined a couple loupes getting the lens sticky and then somehow messing up the lens trying to clean it but they were cheap and I think alcohol got inside. I’m always hovering holding them and the phone trying to take and hold breaths like a sniper to not get a blurred image. And then cursing away

Harvested this week! Unfortunately I’ve been super busy so the plants have been a bit neglected but have done fine. I harvested the tall plant a couple nights ago and the shorter plant tonight. The buds are massive. Even the larp buds are pretty fat and juicy.

As far as clipping the top 1/4"…conclusion is that it did nothing. They continued to foxtail significantly and I lost one large bud that just died completely. I don’t know that it died bc of that though.

. That’s annoying. But it was far enough along that I threw it in the dry tent too.

The multi plant tote I have going is thriving and no more root rot. I got a powerful new air motor just for it and it’s doing great. I think the combo of light getting through and weak air screwed it up.

These plants I’ve harvested have had zero chilling and always had water temps in the high 70’s and even low 80’s and zero root rot. It makes me think people’s thoughts on water temp are overrated. But…I do understand that more can go wrong that way.

So now I have space for more projects!

Congratulations on making it to the end! Hope you enjoy and have many more. Keep’em growin!