Time has passed, and I’ve done more research on macros. Have a look into boron def. This may be the issue at play here.

Thanks for the input I will do just that.

Research shows there is a fine line between optimal and toxic levels of boron in cannabis. Here’s how cultivators can get it right and grow bigger buds.

Plants, much like humans, require certain nutrients and minerals to thrive. These macro- and micronutrients help plants grow properly and complete their lifecycles, and they help growers obtain optimal yields. The micronutrient boron (B) is a necessary element for proper plant growth and development, though it is needed in small quantities. Due to the small dosage plants require, it is easy to overapply B to plants and cause damage, typically seen in the form of leaf and root necrosis or “burn” (Fig. 1). Thus, with B nutrition, there exists a “sweet spot” in which fertility is optimized but not overapplied. The B rates study conducted at North Carolina State University, sponsored by Pyxus International, an agricultural company with a portfolio that includes track-and-trace technology in the cannabis space, sought to determine the rate of B fertility that would optimize plant nutrient uptake and plant growth.

In plants, B is an immobile element that is necessary for cell elongation. Therefore, B cannot be moved (translocated) within the plant from the cell walls of older plant portions to satisfy the demand in newly developing plant portions. Boron impacts the stability and elongation of new plant growth and is especially essential for reproductive growth. Cannabis has a determinant growth habit, which means once the reproductive phase has been initiated, the plant’s terminal growing tips (the new growth at the top of the plant) will develop floral material. This floral material will not be able to properly develop if B is limited. This will directly impact flower size, quality and yield, which ultimately impacts a grower’s bottom line.

Figure 1. Boron toxicity manifests on the older foliage as a marginal chlorosis (yellowing) or necrosis (browning). This will progress to be a wider band of necrosis and eventually the entire leaflet margin will become necrotic, as is seen on the leaf to the right in the background. Figure 2. The zero (deficiency) boron application rate showing distortion in the youngest growth, exhibiting kinks and irregular growth, as well as a distorted growing tip. Figure 3. A deficiency of boron (B) resulting in distorted leaf development and shape, necrotic margins, and overall leaf chlorosis of the new foliage.

In advanced stages, the upper foliage of B-deficient plants will become thick and brittle to the touch when compared to the leaves of the middle and lower canopy. Often in late stages of B deficiency, entire leaves can become necrotic and drop. Additionally, the newer foliage will also appear discolored (overall necrotic appearance) and become severely distorted (Fig. 4). Portions of the leaf margin and the growing tips may become necrotic and abscise. Leaves will begin to curl and wrinkle (Fig. 4). The growing tip can die in severe cases of B deficiency; this will cause a proliferation of side shoots (axillary shoots). If B deficiency persists, these side shoots will also die, ultimately stopping flower development. Total plant collapse will occur in very advanced cases. The lower leaves will yellow and wilt (Fig. 5). These symptoms are caused by the death of the growing tips’ root system, curtailing the plant’s water uptake.

Figure 4. Advanced symptoms of boron deficiency with overall chlorosis, distortion, wrinkling, and leaf curling on new growth, while the lower foliage (right) has developed overall chlorosis. Figure 5. The plant on the left was grown under boron-deficient conditions (0 ppm B) compared to plant on the right grown with 10 ppm B. The plant on the left is unable to support leaves due to root death caused by the B deficiency. Figure 6. Because B was only partially sufficient, the 8-week-old, mature flower bud is extremely stunted. However, B levels were high enough that there were no foliar symptoms common in B deficiency during development, and it illustrates that yields can be affected.

Once flower initiation begins, adequate B levels are needed for proper bud development. Plants that have acute B deficiency may not exhibit foliar symptomology. However, B-deficient plants will produce significantly smaller buds when fully matured after eight weeks of bud development when compared to plants with adequate B (Fig. 6).

Given the results of our research, we believe that the optimal fertilization rates of B for cannabis are between 8.75 and 10 parts per million (ppm). At that range, plants were significantly larger in total plant above-ground dry weights when compared to the plants grown at 0 ppm B. The leaf tissue concentration showed an increased accumulation for all rates, with the highest rate resulting in the highest concentration of B in the leaf tissue sampled. With B also having a large impact on the flower production of cannabis, B deficiency could have a large impact on a grower’s profits. Additional research is needed to elucidate the upper ranges of B fertilization and to quantify a closer range of B toxicity levels.

Dr. Brian Whipker is professor of floriculture in the Department of Horticultural Science at North Carolina State University. Paul Cockson is a graduate research and teaching assistant at NCSU. Patrick Veazie and David Logan are undergraduate research assistants at NCSU.

@Budbrother …found this great info on Boron.
After reading I don’t think that’s what’s happened to my droop die ladies as they never showed any signs at the top of deficiency described in article.
Also as I am using Sea 90 on a regular basis I thought I’d share what it brings to the table.

In severe cases, the distorted terminal bud will quickly become necrotic and abscise from the plant. This could result in the loss of the apical cola (top cola, main bud).

Didn’t come across this article I’m my research. It still has the description I was thinking of when I read on the subject. Anyway it’s what popped in my mind when I read you were still having that problem.

Yea did show the droop effect they mentioned only plant wide all at once but definitely something drastic and fast acting when they show they go within a day or so. I’m thinking root issues.

Well added another GL to the WeDryer this morning.
Thank you for your service

This buds for you Bob

I was reading this new thread about a kit for testing THC/CBD levels at home. It peaked my interest.

@Teacherttom1 @Nicky So, I got everything to test potency using thin layer chromatography. [IMG_3256] Here’s what I found so far. Buying a kit is nice because everything is there and ready. Now that I understand the process I would buy most of the stuff separate so I could buy some better quality pieces. Also, I ended up buying a pipette to dispense 1-5ml of liquid instead of using the syringe that came with the kit. The kit came with a .5-10ul pipette but there is also a need for the …

A friend had earlier told me about the gdp/nl strain I had recently harvested about 2 months ago yielded 28%. I had thought that was the THC level but he had meant that was the yield making some dab.
So of course I had to look into what that meant. Here is what I found.
Pretty interesting although I’m not sure I’ll ever process mine to that extent as I feel the more anything is processed it loses some of its original offerings. But anyway for those of you who do this article is very informative.

EXTRACTION AND YIELD: IT’S A BALANCE - Home Extraction by IchiBanCrafter

So the yield he achieved was 28% from that strain and I guess that’s a pretty good number based on his enthusiasm when telling me about it.

In veg and seeds popping up

What’s wrong with this picture?
Meatloaf said it best.
2 out of three ain’t bad…haha

Dried and jarred yesterday was about 32g.
Was a quick flip clone from a cow pot so very short veg time.

Haven’t heard this little ditty for quite awhile. 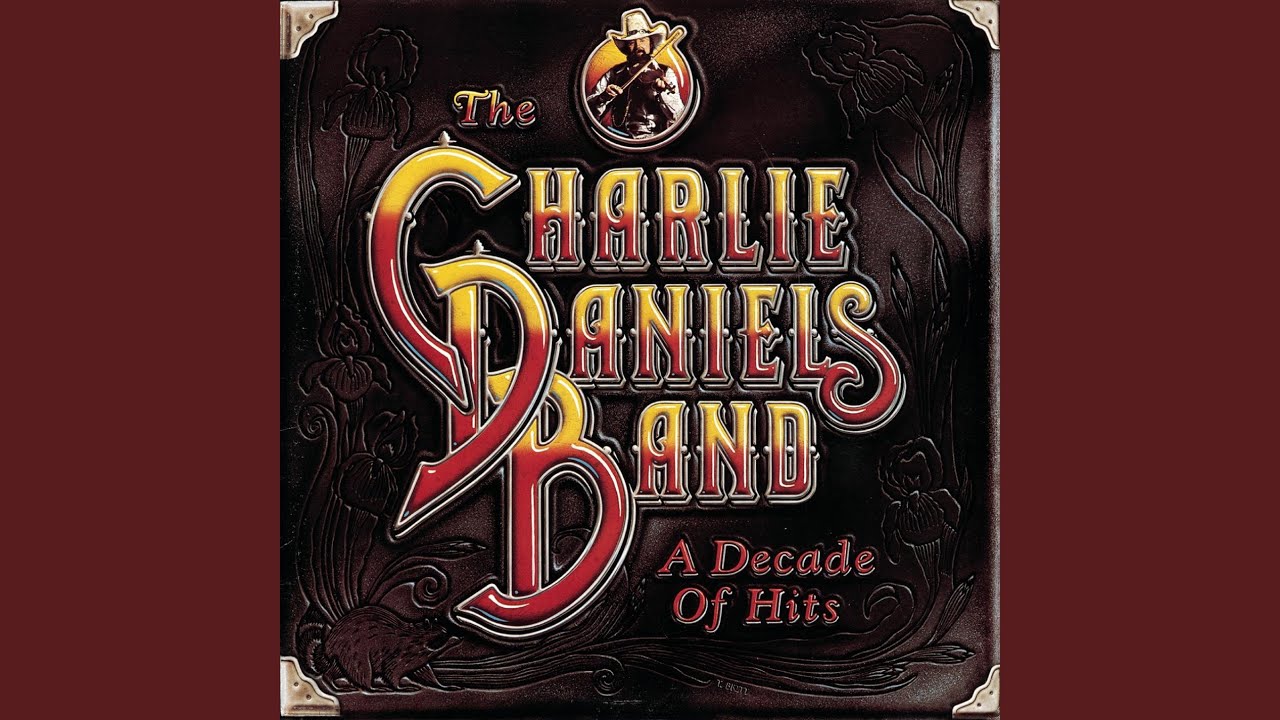 Thought this had some good stuff for growing

Solution-focused inspiration, strategies, and education to transform our world towards a healing future.

SEA-90 fertilizer is natural mineral crystals produced by solar dehydration of sea water trapped in retention ponds in a very arid and pristine coastal region devoid of industry or agriculture. The particular sea utilized by SeaAgri is considered as one of the most diverse in marine life and minerals on earth. The full spectrum minerals and trace elements contained in SEA-90 are exactly proportioned and balanced as in sea water to sustain optimum biological life. Consider that the elements in sea water are at essentially the same ratios as human blood, and that sea life living in pure and balanced ocean water seems immune to most cancer and other degenerative diseases. SEA-90 fertilizer is the product of 40 years of extensive research by Dr. Maynard Murray and SeaAgri proving that soils and crops enhanced or remineralized with full spectrum sea minerals and trace elements grow crops superior to those grown solely with conventional fertilizers. SEA-90 can be broadcast directly on the soil surface and allowed to absorb into the soil or dissolved and sprayed directly onto growing crops and plants. Max 1/8” (2mm) or less crystal size. Dissolves easily due to small particle size. 98-99% water soluble (some sediment might be present). Best used in hydroponic nutrient formulas and as foliar spray or liquid row support on all pasture, vegetables, row crops, small fruits, tree fruits and nuts. Dissolve and add to compost tea to enhance microbial activity. Combine, mix and apply with other fertilizers.

Had a spring break on my fiskars mini pruners and without thinking ordered another pair of fiskars even though there are other less expensive ones out there. When I received the new ones before tossing out the packaging I read the back and it had warranty info so I emailed Fiskars and they required a pic of mine of the broken snips which I provided and they sent me this.

Pretty awesome and now I have one pair for upstairs and one for downstairs.

Happy Christmas and Merry New Year to all and to all a good life!

Santa clausannibis was good to me today…

Congrats on the harvest!

Happy holidays my friend,
Congrats on a bountiful harvest

The Amazing Link Between Cannabinoids And Gut Bacteria

Certain cannabinoids found in cannabis, such as THC and CBD, boost cognition and mental health by influencing the gut-brain axis.

I’m tellin ya this spice de Cannabis is so deep we are just scratching the surface for what it offers us.
Don’t forget to sometimes just eat it from the ladies no processing no drying just hot wet ladies as I think this gives you many things that burning does not.
Variety is the spice of life.

Survey
How many ways to you partake feeding your cannabinoid system?

I think this covers me other than vaping it awhile back some under counter shit.
Chew on fan leaf stems like a piece of straw or grass…
Leaves / buds fresh for salad or samwiches shakes etc
Eat dried bud no decarb
Decarb bud and eat before bed
Smokin
Budder

That’s pretty much my menu
As with many things closet to the source tends to offer the most benefits and as man processes Mother Nature things tend to get lost and the offering gets a little smaller. The buzz and other effects are great and all but I try to mix it all to get home fuckin grown organic herb 🪴 a “variety” of ways.
That’s my story and I’m sticking to it…subject to change without notice.

Enjoy the day, afternoon, dusk, evening, night, dawn and a new day.
That should cover our worldwide members time zones. 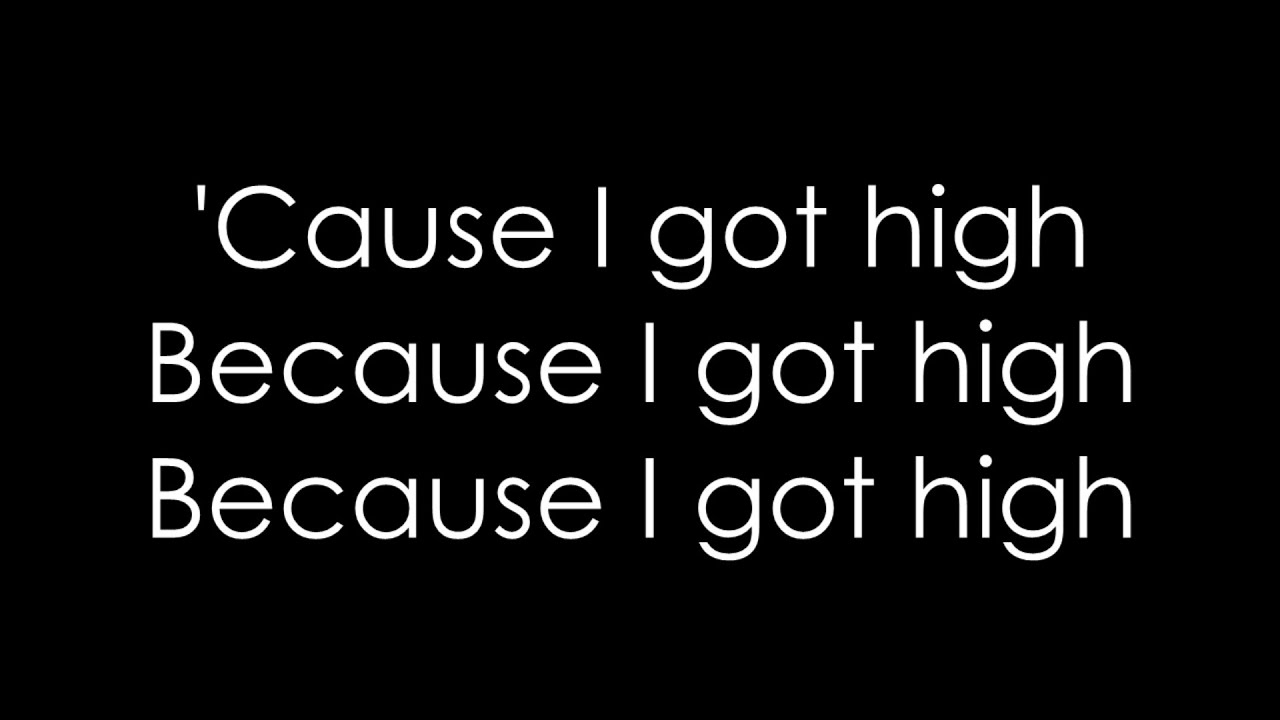