From Leafly (I included where I took the answer, not to be a smarta$s but because I’m more of a noob and did not want to mislead you): 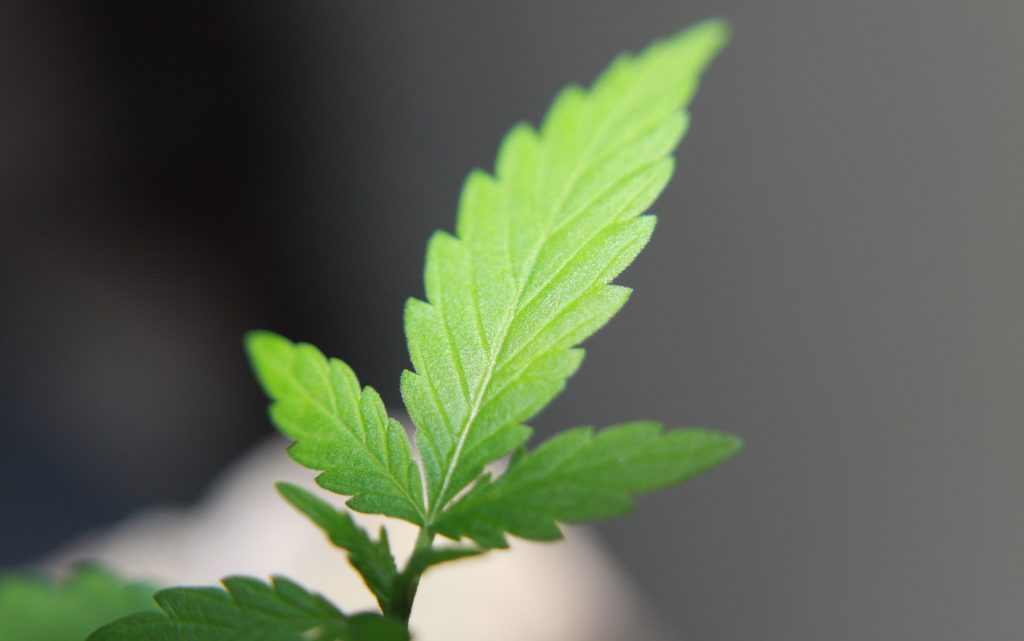 High stress training (HST) your cannabis plants1024×641
These HST methods are much more useful for large outdoor gardens than LST methods, and they generally require less time and materials. Although HST should primarily be done in the vegetative state, “super cropping” can be done early on in flowering, but stressing your plants during flowering is not recommended.

Topping is a simple HST method and requires no tools besides your fingernails. The goal is to remove the top of the plant, which will result in the top buds turning into two new branches. Additionally, it sends a shock to the rest of the plant that promotes growth in the lower branches.

This process can easily be repeated multiple times as the plant grows in its vegetative state. It will produce a well-rounded, healthy plant with numerous colas.

A more complicated version topping, FIM involves removing a very specific amount of the top portion of the plant. By scoping out only the topmost region of the new growth, the goal is to produce four off-shooting branches instead of two. Because of the complexity, this method takes significantly more time. It also puts your plant at greater risk of infection because you’re no longer making a clean cut on the stalk of the plant.

Got it. So it appears to be more traumatic than even topping is.

Flower… think about what you just said

How can pinching a leaf be more traumatic then cutting off the top of the plant.

Think of it this way. Cutting your nails as fimming or tearing the nail out of its bed with needle nose pliers as topping. Which would be more traumatic …ok maybe not that serious but you get my point

Both are hst methods of making the plant achieve a certain look or density at the end.

Actually, FIMing involves cutting some leaves and the stem. Here is a diagram:

That said, neither one is more traumatic than the other. I wouldn’t say FIMing is as “risky” as it comes out sounding. It should be more like, “F - I missed. I guess I’ll leave it as is or top it now.” One is just a little easier than the other.

Both are great ways to achieve a more even and full canopy. I’d suggest trying both and seeing what you like. Myself, I decide amongst various combinations of FIM, top, SCRoG and LST tie-downs depending on the strain and grow medium. So, you may decide over time to do different things depending on your grow scenario. Some grows (short, bushy strains) you may decide to do none of the above.

Some grows (short, bushy strains) you may decide to do none of the above.

All my past grows have been indica. I topped the most recent and it went great. I have a durban poison 100% sativa now. I’m not going to let it veg all that long, but I want to keep in manageable next to a hybrid that I have going too.

I FIMed both earlier today.

I FIMed both earlier today.

Fantastic. Let us know in a couple of days how it looks.

Here’s the FIMed sativa. I’m looking forward to seeing what it produces.

I have a question for you. I just tried to FIM my plants. If the FIM wasn’t successful could I try again in a week or so?

Yes. You’ll probably see some funky looking leaves for the next node or two but you can try again.

I think FiM’n is more fun. And it’s less stress than topping. Although you gotta pinch for it to be true, can’t just cut. Gotta be random leaving 10-30% vegetation

Whoooo hot topic! I like both! I’ve recently started fimming and supercropping (both high stress) autos more and what I can say is, I’m getting plants at least 1.5x bigger than I was but I think its cuz I’m in dwc now. Cons to fimming…high stress potential to stunt autos if done at the wrong time. Pro: fantastic horizontal growth thus better usage of lights. Theres practucally no cons to LST imo. Not gonna lie tho, I may never LST in the traditional sense again. Fimming seems to be the diamond in the rough on my grows but ima wait til harvest before I talk all this smack

Fimming isn’t as predictable as topping, but that’s the fun part

Fimming multiple tops you mean lol. Man I fimmed 4x and this was the result. Def only doing it once now hahaha

20210504_1120421500×2000 667 KB
Soon to be mother plant i just fimmed a couple days ago. You can see the missed FiM in the leaves above. Lol. Got it the second time. She was completely unphased both times. Cannot say the same about my experience with topping. Just popped out the dirt first of april. I grow photoperiods the fan leaves are already in width the length of a pH meter.