Cool color variation between a haze variant and a Afghani 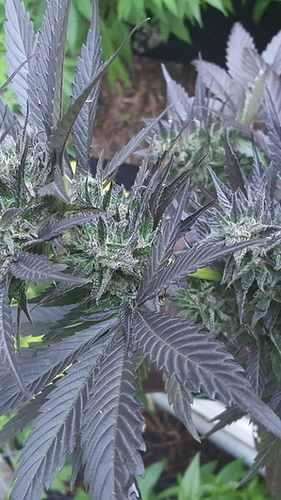 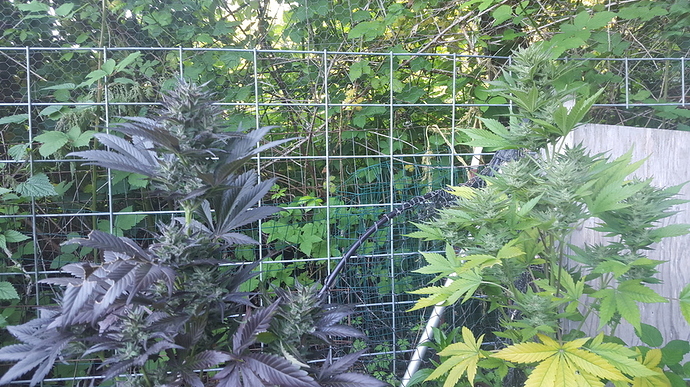 943×530 367 KB
Outdoor grow Pacific Northwest/Seattle. 28’’ of rain since January first. Temperatures I am guessing to be 50-55 for an average with only maybe a week of above 70 degrees. lots of slug problems but no mold or hermys yet. I’d be happy to brag and give you guys a close up but it was really the color variation that I wanted to share. Both are afganis
They were started March 31st. and spent 4 weeks inside at about 70 degrees 18/6 under a LED 400 watt. Grown in 5 gallon smart pots.My own soil which was mixed with some organic fertilizer and per-lite. it actually was not the best.soil.
14 Likes
Mrcrabs June 19, 2017, 6:20pm #2

Wow, that first pic is beautiful.

Thanks for the compliments.
I agree Ragnar small genetic differences and the cold. three out of nine Afghani show the trait. This is my first auto grow. I needed to see what sort of sequencing I could do growing outside with autos.
Last year I lost 90% of my crop. temps dropped and the rain came as fall descended and I had to move them inside. I have 80 sq feet of indoor groom rooms (2) and had 8 plants 5-8 feet tall last year. Needless to say, there was much bending and snapping trying to get them to fit into the rooms. I had great air circulation and light movers with 1000 watt hps . But I lost em to mold. Maybe 10 oz of smokabowl dope. Heartbreaking.
Hopefully I like autos cause I could have three grows in succession… About 45 plants through the summer. The plants are pretty sugary so I think autos could be good. Gold leaf last year was exceptional. I had done a shit load of toppings and they easily developed more than 20 colas at 5’ tall. my very favorite ILGM strain. I highly recommend that one.