Hello everyone, im new to growing and the way i had to set my filter up means that my extractor is in my tent and the filter above it outside the tent. Ive heard that doing so will cause particles to enter the extractor so ive attached a cloth on the intake of the extractor, question in will this damage the extractor by making it pull too hard or even over heat it? Another question related is i have a passive intake but im scared of light leakage, will putting black cloth in front of it also hurt my extractor as it will have to work harder ?

Put you a piece of flex in your passive intake hole , an put a couple of snake bends. It has always work for me to keep light out.

I dont know what you mean by flex and snake bends, is that a type of plastic ?

Sorry , Flex like you use on your dryer vent.

Thanks I should have been more clear.

@kellydans @greygoose Ah i see ! Well that might be tough to do with the space i have but ill see if i cant fix something up, however what is your opinion on the extractor part ? Should i be worried about it in terms of heat it could generate and over working it ?

can always put it on timer for every ten minutes, off for five minutes and so on I’m also working on my exhaust fan and a cool tube running to my HPS 600w.

Pics of set up mite shed a little more light

@Gwiz Most people mount exhaust fan and filter inside of the tent mounted at the top and maintain a negative pressure by pulling fresh air in the bottom and exhausting hot air out the top. Use a variable speed on exhaust fan and run 24/7 it also controls odor. 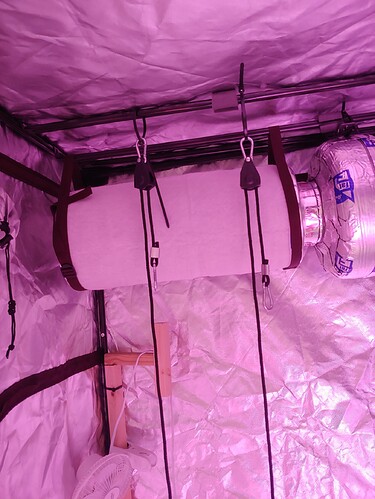 Yea sadly I didn’t have the space to put mine in the tent so my extractor pushes air out the top instead, but your extractor itself doesn’t get hot right ? I’m asking because to protect my filter from large particles I rigged thus little thing up at the intake of my extractor. Pic is upside down 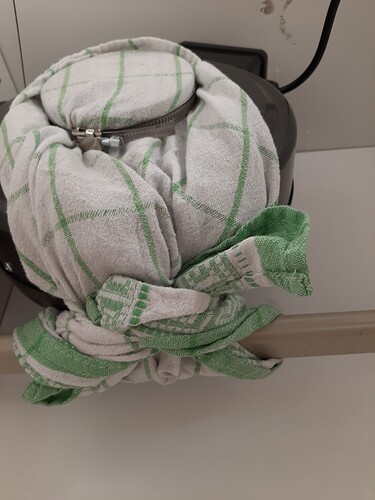 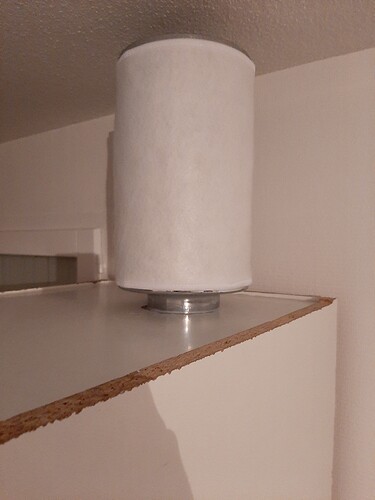 Personally I have never had a exhaust fan to get hot. I usually run about medium speed pulling through a 6x24 quality carbon filter. If not already you can buy a plug and play variable speed for your fan about 25 bucks. Also you can buy some filter material it’s designed for airflow may work better than the rag.

@Gwiz, based on the pictures i have a better understanding. initially, i thought you were trying to prevent particles from the carbon filter from down into your fan. the picture clearly shows you are attempting to keep anything “floating around” in the tent from entering the fan. the towel seems adequate for that purpose but also like quite an overkill. i see it more as almost a safety feature to not have the intake of the fan open where you could accidently stick your finger in and get clipped by a fan blade. i would say that to reduce the load on the fan you could substitute a piece of screening for the towel. it would provide the same level of safety and be much more transparent to the fan.
as far as light leaks, i would say the best test would be to leave all the lights on outside and then get in the tent and close the door. i woudnt imagine there is any light getting through your carbon filter, but i honestly have never looked through one.

Good luck with your grow!

If you are using a decent quality fan, where you locate it in relation to the filter won’t matter. It will impact the life of the filter a little. Not sure if your fan also cools your light (cool tube) - but that as a heat source on the inlet of the fan is not advisable.
Be careful of light entry through the vents in your tent - just run a 2 foot straight length of duct through the vent to be safe.

Just my two cents. I put pantyhose over mine to keep particles from going in. Good luck happy growing

Thanks for the replies ! Screening seems the best idea but maybe a pain to fix up, i think ill go for pantyhose since i think it would let more air thab the rag.

I know this is an old post but how do you connect your fan to your filter like this? I’m trying to figure this out exactly like you have it.

Also my straps won’t hold I’m thinking about tying the filter and fan up top with wire.

Hey @Cooterhog Thanks for tag. After sliding the carbon filter up on exhaust fan flange I like to drill an add a couple set screws To keep a nice tight fit. Also the big black tie wraps will do 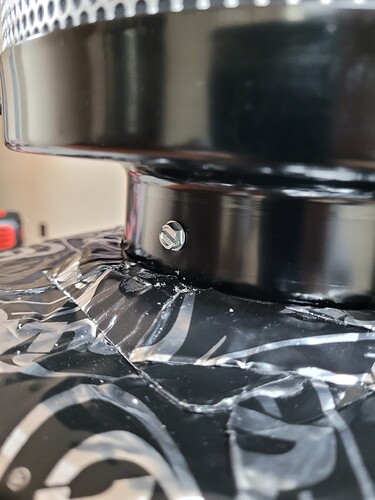