Hi all, just a question, I want to keep roots at a lower temp in a tent , is there any type of wrap that will cool keep temp at around 75°? I’ve read about ,mulch, sun shades ect but , has anyone came out with a product to simply keep a container cool in 85° tent with a 6"carbon and fan that is struggling. Not urgent as I can get the soil temp down on occasion temporarily but I want it all the time. Any suggestions or anyone know of a product for this type of thing cause I haven’t had luck finding any … suggestions to make my own cool Matt so to speak??
Thanks !

U can make a cooling system of sorts. Use copper line and coil around outside of ur pots, pump cold water thru them. Never seen or heard of anyone trying something like that but it may work.
Also u dnt want to cool roots too much as it will stress plant.
I am sure u will get some good ideas here on the forum, good luck

Haha, I didnt think of that, even thought of a coil of some type inside the container before soil, hummmm… that’s a great idea, moonshine worm type setup!! I think I can make that happen, have a temp control, now my mind is …I

Yes moonshine coil style, exactly the kind of idea i was thinkin of lol

Yep! That’s what I’m gonna try, I have a shrimp chiller with a temp control I was gonna use for a hydro grow but did soil instead, so on to make the Soil Chiller!! Going to the store! 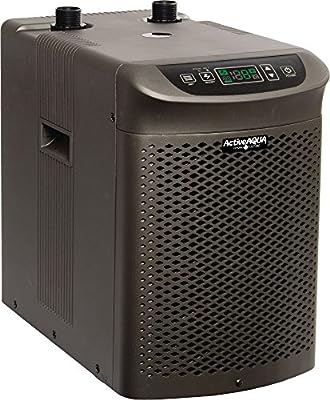 Reflective material over the top of the medium will lower the temp a bit.

Of course, throwing that in your tent might raise the ambient temps a bit, but if it’s cooling the roots it might be a wash.

Keep chiller out pipe/hose water in and should be gtg haha!

So…have you stuck a thermometer in your soil? I bet it’s cooler than you think

I’m just using a digital with a 6-8" stem on it and it went as high as 91° , things have gotten pretty slow moving, so I use cool water when watering, that helps, have a project I’m working on for this,now I added a c02 container the other day and its helping, wow, these temps… I’ll put up a couple pics later today here.

Wow, my root zone always stays about 65F. Are ur pots sitting on floor or table?

A few things before actively cooling:

1/2" styrofoam panels, reflective, can be cut with a kitchen knife and fitted over the pots. This DOES work. Using cloth pots or totes that are light in color. Use some perlite as a top dressing. Run a fan just on the cloth pots (if using them).

Ok, been away for a few to try and get the heat under control, took a 3/4 piece of SS Tubing 5’ bent it into a “u” shape and hooked to my shrimp chiller and set it down into the soil and got the soil temps down to 72-76°😊 also got a room air conditioner and got the room temps to 75°-79° day with a spike on the bad days to 80-85° pretty much the same at night so far so good…I LST which turned out to be High stress training which when I transferred into the larger pot thing I buried then a bit too deep as the split on the stalks are at almost soil level. Put the lights up to get a stretch 5 days ago and just switched to 12/12 lights with 36000 Los at the canopy. I had the SCRIG screen in for a over a week and did not get into the screen as I would have liked * see pic) so I removed it and got a better stretch for some reason…
Anyway I will be adding the screen back in the tent sometime this week and go from there but they will fill out nicely I believe … thougts on the way they look? Advice at this point? I guess I should just make a grow journal on here , I’ll do that sometime this week also. Using
1King Led Plus 1200watt led (10w leds)
1 Hydro Crunch 300watt light
Fox Farm nutes trio to 500-800 ppm PH at around 5.5 -6.5, out is 6.0 and 1200ppm out , but could be all the stress I’m been putting it thru…we’ll see…lol

I’m thinking I need to defoilate some of this but could use a little advice and another set of eyes to look at these for me I have more pics but these capture before I took the screen out to get a stretch so I can put it back in and even out the canopy a bit . Now I’m rambling …
For as much as these girls have gone thru they seem to be just fine …