Does anyone know what the best grow lights, tents w/ fans, filters..... are?

growing in potting soil… Some cheaper stuff now, and ordered some ffof for my bigger pots… About 4 gallons, I think… 9 inches on the bottom, 11 to 12 inches tall, I think… Ordered some Gereral Hydroponics nutes… 3 quarts of their stuff, and one ounce of rapid start… Got some triple super phoshate too, and some 16-16-16 fert too… Not sure what I will use when… lol

No one knows what I am gonna do except one grower I known a long time who grows a lot, and I trust him… He grows a lot, for a living for a long time, and knows I never told no one too… He knows to never tell anyone…

Can everyone read all of my replies on this thing??? I hope so!!! lol

Wow!!! Nice looking buds!!! Great job!!! lol I can not afford that much for lights!!! hmmmmm. Do u know if everyone can read everything I write… I want to be replying so that everyone can see all my replies!!!

Yeah, we read you

Since your beans have already started you better get to it

P H pen… Hmmmm. I guess that is important eh??? Keep hearing about it… Reading about it… Did not think of that in the old days either!!! lol Should have ordered one of those too…

Well, they are in a green house now, but the sun is getting not so strong here now some days… So, yea… I do need to get a decent light asap at least… lol Hope it gets really sunny the next couple weeks!!! Had some really cloudy days about half of the time so far, so not so good, was hoping it would stay way sunnier once they came up!!! Dang!!!

pH pen is probably the #1 tool

Any idea of a light that is good for a hundred bucks or so… Maybe a little more??? Should have ordered a p h pen when I ordered my nutes earlier today!!! What kind should I get??? Does it matter??? I bet it does!!! lol I will just get one on Amazon I guess, even though I just was on their for a long time today already… lol

You will also need some pH up and/or down.

Super cheap for what size? You can go with cheap blurples, for sure. They’ll get you bud.

You might be able to do diy lights, too. If you’re up for that.

I’ve purchased EVERYTHING except seeds & soil from Amazon.

Gotta make something to eat… I am starving!!! Thanks so much for all the help everyone!!! I will reply more a little later!!! Thanks again!!! Been learning a lot the last couple months about these new fancy ways of growing!!! A lot to learn!!! lol $850 plus in good lights!!! Not sure when and if I will be able to come close to anything like that!!! hmmmmm Well I do have the green house set up for next season though… At least a few months away for that now though!!! 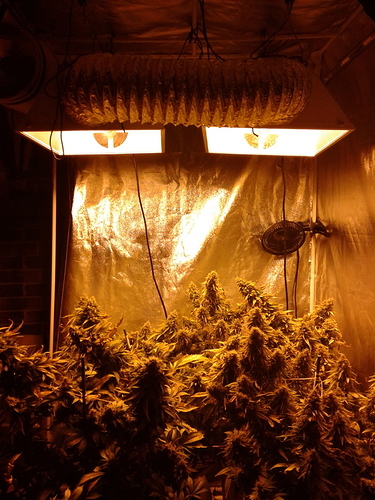 Hps is not energy efficient, though. Not at all. He wants efficient, inexpensive lighting.

Oh nuts!!! I am gonna need that ph up and down stuff too for sure!!! Was hoping my spring water and Fox Farm O.F. and other potting soil would be close enough!!! lol And then my Nutes from Hydro, what ever they are called, General Hydro is it??? lol the Rapid Starter company… lol

You can use filtered cider vinegar in a pinch for ph down. I think you can use baking soda for ph up, but do not quote me on that one.

Wow!!! Those are great lookin buds too!!! Well, seems like i might have to pay for the lights or for the electricity!!! And someone might even see the spike in electricity used and figure out what I am doing all of a sudden…!!! That could be bad…!!!

More light = more budz, @ThcinKC has proved that. You won’t get those with $100 blurple

I better just get the real stuff… ph up or down I guess… Did not realize it was so important…!!! We never thought of that back in the day, and I am growing in potting soil, and i used to grow in soil back in the day, in the ground… in the back yard… lol in with the tomatoes… lol