I went to a local place that had Blue Dream, I am currently growing to see what kind of a smoke it is. When viewing the front of container, it stated 21.45 % THC. Ok that is cool, then rolled the can around and in small print it “actual THC/CBD may vary by 10% from reported values” . So really read the small print before believing the big number on the front. Shows that we can grow as good if not better than the shops. I think that my weed is as good as what the market sells, but I am bias. And I know that there are growers here that will blow these guys (dispensary grower) out of the water…happy growing to all the great growmies

“actual THC/CBD may vary by 10% from reported values”

I would guess they send the best buds for testing and have that disclaimer for legal reasons.
Buds from other areas of the plant may have less cannabinoid content.
I have around a pound of Blue Dream stored right now.
We use it nightly to relax and wind down. I sleep like a baby.
I won the seeds from a BOM last year. Only planted one seed and kept it going after harvest and have cloned it a few times.

I’ve given a lot of flower away and every one was blown away after smoking dispensary weed until then. 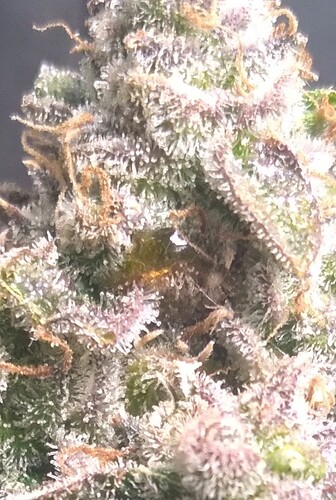 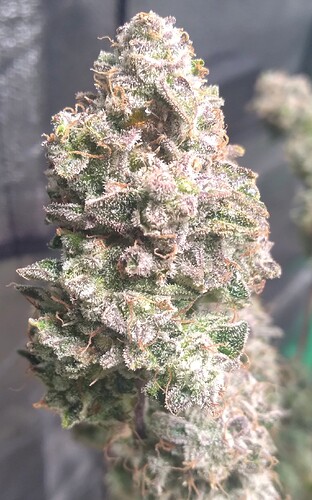 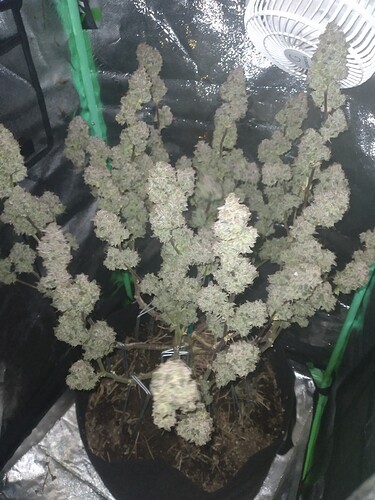 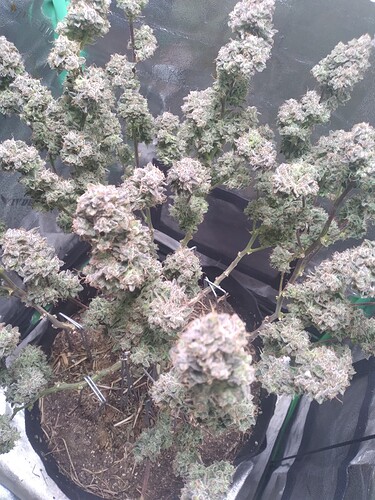 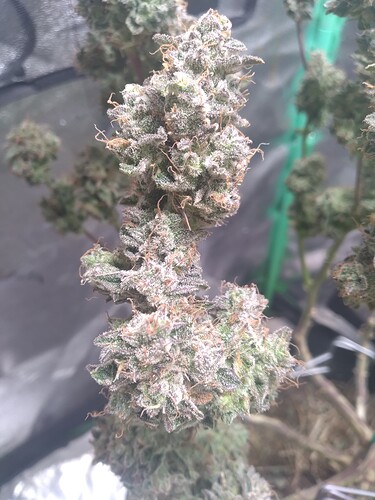 Where did you get the seeds? Thats a beautiful plant!

Thanks,I will have to look at those!

Last grow I did their Future #1 and Nova O.G.,both of them exceptional quality and good yielders.Great genetics.

There have been numerous reports across many many many forums, articles, newspapers, websites etc that show those #s are a joke 99% of the time. I just saw in I think it was last months Skunk magazine that almost all the ones they tested are way off. Of course people want these #s skewed to look better than they are. The whole industry is so much $ it isn’t beyond the realm of imagination that people pay for higher results. Also once they have that particular whatever tested the other 99.9999% of the plants are just supposed to be included in that same testing

. It makes no sense unless each actual thing in each container was tested individually.

It’s been almost a year since I went to a local dispensary. I picked up a Jack Herer pre-roll to see if I wanted to grow JH, but I still don’t know because the dispensary’s JH gave me a major case of the yawns. No creativity, euphoria, or anything that I’ve read JH to be … just yawning, LOL. Something was wrong, even more wrong than with the other items I tried prior to that time. If I want to try a strain, I just grow it, lol. 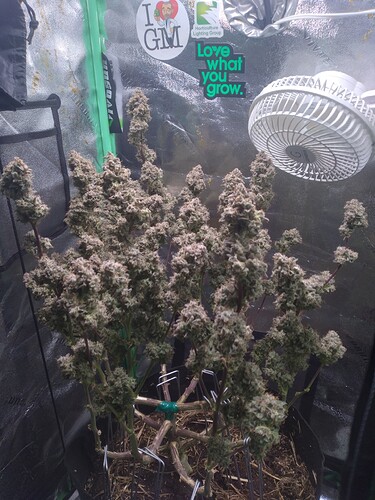 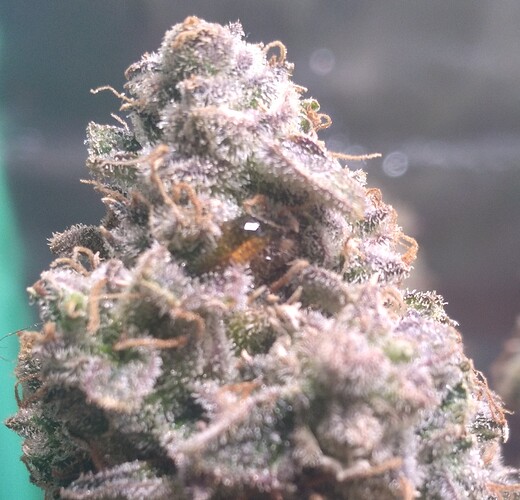 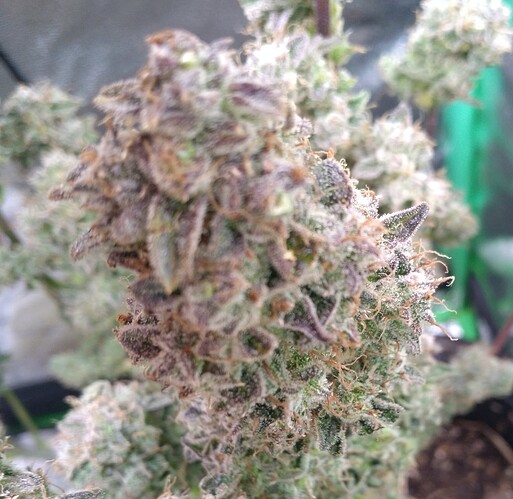 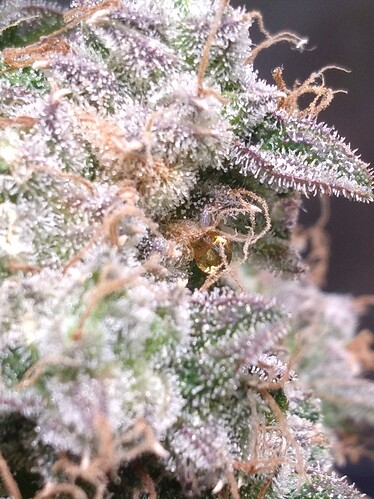 When viewing the front of container, it stated 21.45 % THC. Ok that is cool, then rolled the can around and in small print it “actual THC/CBD may vary by 10% from reported values” . So really read the small print before believing the big number on the front

I know I’m not gonna run out anymore that’s the reason why I’m starting to grow more actually I had some germinating. I picked up some girl scout cookies and some venom OG from my local grow Shop , They say ornamental birds eat on it I paid $60 for each one each package had 12 of them 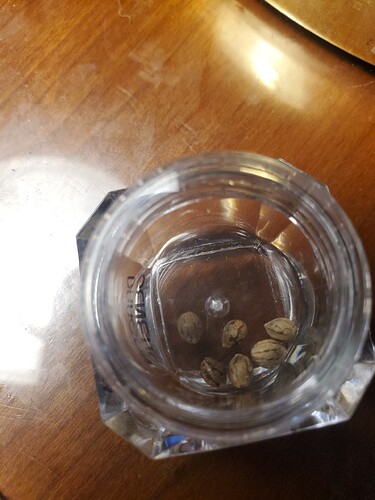 So you found out how the state man is making 3 times of money on buds. They cheat us sale us dried out weed that turns to power. The goodies have been knocked off packaged and sold. I love that we can grow our ownand keep all the goodies oursleves. @IsaacSierra1978 @Twelve1 @GrowingIs4Everyone @Coonass @Coonass @Spiney_norman @dbrn32 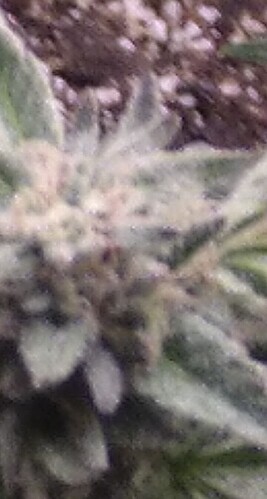 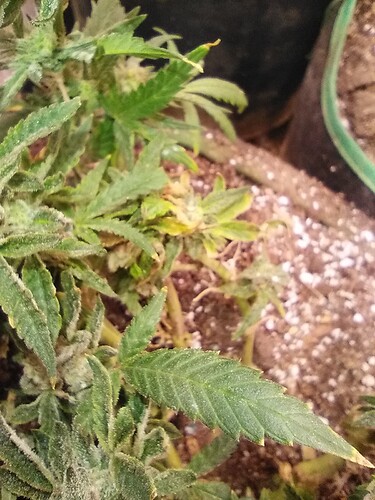 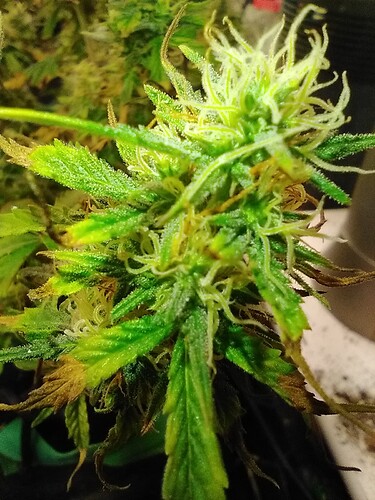 Looking nice I just purchased another supermix pack I had bought some leather seats from another place and they didn’t even germinate. I feel like taking them back. It was girl scout cookies and venom OG I paid $60 for a dozen seeds each pack has 12 seeds and I paid 120 for both. I kinda thought there was some type of trickiness to itricking us to it because why did they sell him so cheap. Now I know I’m never gonna waste money on going to a non reputable Dealer. I’m only gonna stick with I love growing marijuana because their seeds always germinate and I never have a problem. Now 2 weeks behind schedule And only 3 plants germinated out of all 24 seeds. I know I got burned.

I’ve never bought any weed that made me try to bargain with God, but I’ve sure grown it. I once rolled a blunt from clones I’d grown outdoors and smoked it myself. Less than halfway through I said please Lord just let it stop and I’ll never get high again. I lied, but I felt like I was gonna be the first person ever to die from weed.

person ever to die from weed.

That shoulda been me. We found a bale in the gulf while shrimping. Ruined for smoke. Dried out a kilo…powdered it…made 2 batches brownies. My buddy and me ate a warm1. Ahhhhg nasty taste. We say screw it and eat a whole 1. 4 hours later as I was dodging the demons coming out of the walls i swore never ever again. Dont use a kilo in 16 brownies.