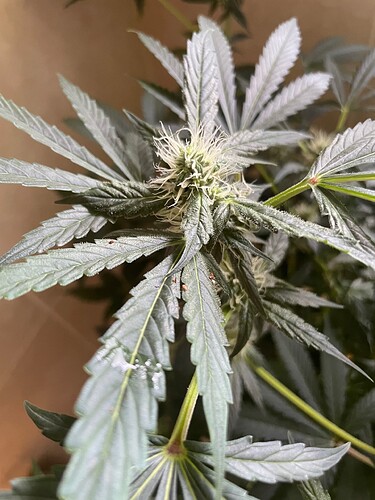 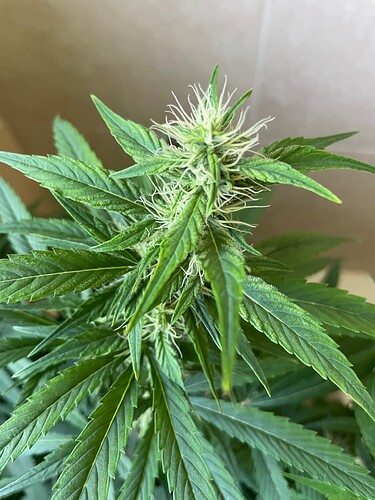 image1920×2560 452 KB
I ordered and received what are supposed to be Durban Poison feminized seeds from ILGM, sprouted and planted two of them. (the seeds looked the same in that they were very small compared to others that I’ve seen)

They’re maturing side by side now and look, and smell, like two totally different strains. Their shape, leaf color, bud formation and odors are very different. One is dark green and leggy with lots of crystals on leaves, a strong skunk smell and buds that are forming in roundish, sporadic clumps. The other has much lighter colored leaves, no skunky smell, less visible crystals on the leaves and a totally different shape and form, with buds stacking neatly atop the main branches in a more classic looking shape.

Can two plants of the same strain be this completely different or is it possible that I got two different strains going?

Here are a couple more pics showing how different they are. I probably wouldn’t have thought much of it if they didn’t smell so different. 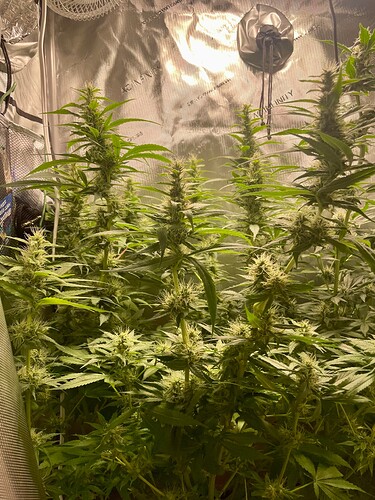 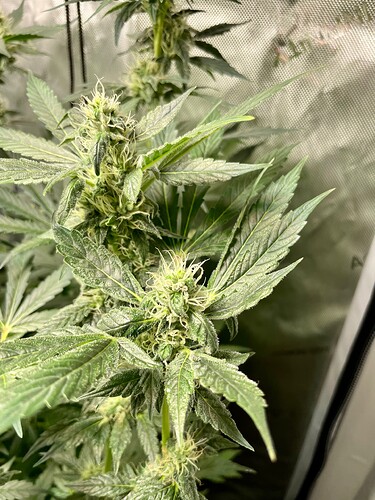 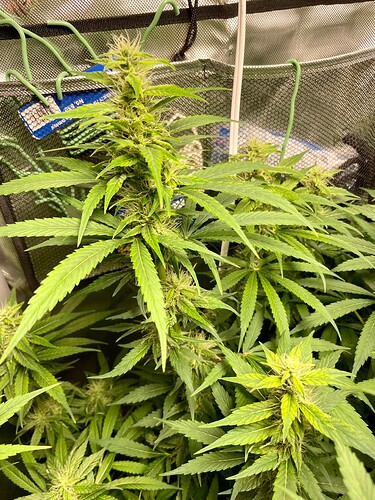 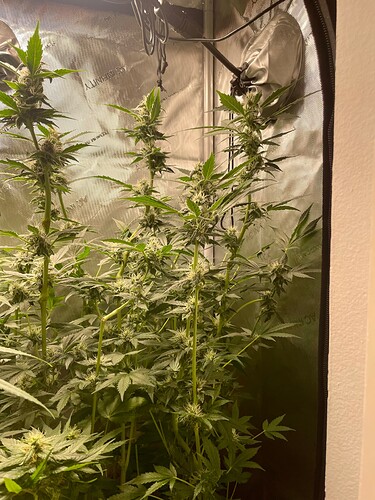 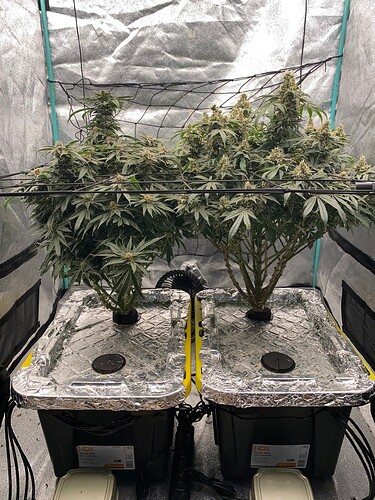 Durban Poison is supposed to be a pure landrace sativa though, not a cross breed.

supposed to be a pure landrace sativa though, not a cross breed

This is so common I think I see it almost once a day anymore.
Here is a search with several threads from growers who asked the same question.
https://support.ilovegrowingmarijuana.com/search?q=plants%20look%20different
Cannabis genetically has a lot of variety in plant structure. And even when seeds come from the same exact plant they will sometimes show differing qualities. What breeders work to stabilize are the effects of the final product. So you can expect that the smoke from each should be similar and what you would expect from the strain.

They’re supposed to be “100% sativa landrace descendent” yet they look totally different, they’re growing totally different, they’re different colors, the leaves are shaped differently, the buds are forming completely differently and they smell nothing alike. One is dark green, leggy, heavily crystalized and skunky smelling, the other is light green, dense, not heavily crystalized and smells citrusy without a hint of skunk. Seems to me like an old “100% sativa, landrace descendent” would not have so much “genetic diversity”. I’d understand if it was advertised as a 60/40 hybrid.

By definition a “Landrace” would have more genetic diversity, not less.
Like a feral animal population instead of a purebred it contains more possible varieties in its DNA.
All the strains we see have all been bred from landrace plants.

The history of Durban Poison is known and it hasn’t been 100% anything for a long time. In the 1970s (or 80s I forget) Ed Rosenthal shared seeds he collected on site in Durban with Mel Frank. Mel was intrigued with the relatively fast flowering and out-crossed (and back-crossed) it with an even faster flowering Afghani. Mel gave seeds from one of his Durban lines (the other was lost) to David Watson who took them to Holland and further out-crossed it (with at least Skunk #1) in an effort to make something interesting to the commercial growers there.

The story is similar for every commercial version of any landrace. They’ve all been out-crossed otherwise they would not be commercially viable outside of their places of origin.

Whatever the case, these two plants are VERY different, not just a little. The way the buds are forming, the colors, the smell, the leaves, everything. The dark colored one with heavy white crystal coating looks and smells like what I expected. The other one looks and smells like I’d expect Jack Herer or something.

I have no doubt they’re different but they look nearly identical in the picture. Mine are different color/size/shape/smell/bud form.

Either way both your plants look good

Thanks. They seem healthy aside from a little leaf issue that you can see on the light green one. I think I got that fixed though, (I think it was a calcium deficiency)

The buds on the light colored one are still pretty fluffy/thin, hopefully they’ll bulk up over the last couple weeks. They’re so totally different than the other one that I’m still convinced these are two different strains.