Wood lovers are alot different, to be sure. There is always Tampensis if strong and hands off are your desires. The can be fruited like any mushroom but they offer an alternative. Philosephers stones. No fruiting chamber required, they do all of the work inside the jar. Basicly its innoculate and walk away, far away. 2-6 months in the jar. Longer they are in the jar, bigger the stones will get. You can grow them in WBS jars but they prefer rye berries.
Tampensis originated in Florida, hence the name (tampa cubensis)

I read the tamps aren’t that strong.
I never heard of the way your talking about with the jar and walk away method. Sounds easy enough but jars only get so big. The place I get my supplies only goes as high as 36oz jars. I actually started off with the 1/2 pint jars which they say is easier and faster but I come to find that the spawn bags are easier for me. Allot less innoculating involved for sure. Rather dump a half syringe in a couple/few spawn bags than trying to squeeze a quarter cc into 4 jokes in each jar for 24+ jars.

I didn’t have a whole lot of luck with the 1/2 pints fruiting a whole lot to. Of course I was trying 3 different strains in a fruiting chamber with them . The gts and Nepal chitwans did o.k.
I cone to really like the bulk monotub grow. It’s pretty simple and straight forward for the most part. And I got ounces of dry compared to maybe an ounce that I did with over 20 jars.

Eventually I’ll probably end up turning my 5x5 tent into a mushroom tent and my bedrooms into grow rooms. 1 specifically for weed, the other for kiwi, pineapple, lemon, and other fruits/veggies . But that’s allot of freaking money in equipment and going to take me awhile. Will get there slowly but surely. And will have a variety of different shrooms and weed strains along the way.

But after these purple mystics Ive got the grass loving Hawaiian pans high on my list as far as shrooms go.

I’m kinda bummed with the ilgm zkittlez genetics at moment as far as my weed grow is concerned. They’re 4 weeks in veg and only about a foot tall. Bushy as hell but I’m hoping they fill out much bigger and turn out o.k. my twenty20 Mendocino made of honors are nearly the same size and just in first week of veg.
But I already have a few twenty20 Mendocino seeds for my next weed grow. A strain called " snowcaine" . Depending how these zkittlzz turns out is wether or not I’m going to try another ilgm for my other couple plants in next grow or try some gc seeds. Will see though .

Are you folks using north spore or Midwest for your sterilized grain bags?

Ive never used a premade spawn but as I understand it both of these companies are reputable.

I started with MWGK but it’s so easy to make your own… you do need a pressure cooker however and need to be much more careful with the bags in the PC than you do in the jars. If you do bags, you need to put a dishwasher safe plate on top to keep the bags from floating.

it’s so easy to make your own…

Yes it is! Cheaper in the long run too!

So I was at the farmers market and ran into a mushroom vendor. He had a couple different strains going 1 oyster for sure and a different variety. We talked about his medium and what grain he liked to use. It was just neat to be able to talk to him and know the correct terms. He asked me what I grow I said cubes and cannabis but would love to try other mushrooms. Like lions mane or maybe something different the next time I go I’ll ask for a sample to taste and see if I like them or not. I have GT and Madagascar growing now and one of my tubs got the mean green so I have to scrap that one getting a second flush of the Madagascar now they look basically like a b+ I just put my gt to bulk yesterday growing great. I took a trip last Saturday my face still hurts from laughing so much and I found out my gf friend wants Thier daughter to try cube therapy. I told them if you need some mushrooms I have plenty of them probably a good lb now dried and ready to go. I got some 000 gel caps and found they hold .5 of a gram making them is a pain even with one of them machines. But I weighed then and they are all about half a gram making it easy to dose. I know the post is long but it’s a complete update. Waiting for my seed order to come in for my next grow.

The place I get my supplies only goes as high as 36oz jars.

I would suggest getting a pressure canner and making your own spawn. Its alot easier then some make it to be and in the end its significantly cheaper. A good canner will last many years AND if you like tender roasts you will be blown away by the cooking capabilities of a good pressure cooker!

While I have a great deal of respect for PF’s tek, it is a far cry from bulk runs. Same with the shot gun FC. Seriously labor intensive by comparison to a martha tent.

While you can do that, I would argue that cannabis grow tents are far to expensive for mushroom growing. Look to portable greenhouses on amazon, they are considerably cheeper and easier to make alterations on.

never heard of the way your talking about with the jar and walk away method. 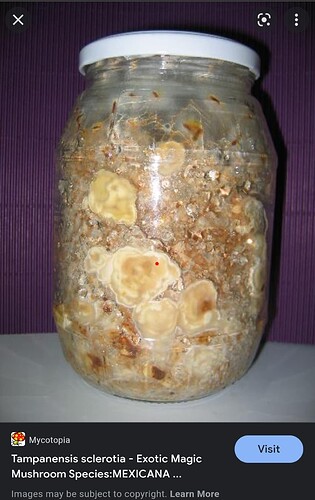 I love that part!

So I was at the farmers market

Buy some mushies and take a clone.

How did that substrate turn out?

one of my tubs got the mean green

Waz thinking about this today. Consider running your air cleaner in the room you do spawn work in for 30-45 mins prior to doing work. Wipe every spawn jar with rubbing alchol and close any vents in that room while you are working. Make the air still as possible. Nail down that sterile procedure. You can also spray febreeze air liberaly in the room prior to spawning. It will actually grab and pull down bacteria and fungus spores in the work area air. Not the best way, but in a pinch. It will be difficult to deal with the fragrance but not impossible.