Could anyone tell me where to order a cfl with the “change spectrums” feature?

There is only one sun, and regardless of the time of year, its color is pretty much about 5800K.

5500K to 6000K is the color of sunlight at high noon, approximately. 5000K to 6500K is the color of sunlight with various other conditions, including just before sunset and still bright(5000K) and overcast and kind of bright(6500K). Yes, the more exact color might change depending on altitude, possibly latitude as well as season, as this will change the amount of atmosphere the sun goes through and more atmosphere may further yellow or redden the hue of the sunlight, not unlike the way sunsets are more orange or red than the way the sun looks most pure white at high noon(5800K) when it is passing through the least amount of atmosphere. But even then, there is not significantly more red to make the light as low on the kelvin rating of around 2700K that you often see recommended for flowering. A bulb that is any where from 5000K to 6500K would be perfectly fine if trying to grow a plant from seed to harvest under CFLs.

And, actually, as far as I’ve ever seen, there are single bulb CFL that are specifically made for growing and have both a 6500K spiraling tube kind of intertwined with a 2700K tube, but I believe these have both tubes lighted when this bulb is on.

IMO, people make way too much of the redder for flower with lights other than HID.

High pressure sodium has a lot of red light in it, which can be good because plants need more red than they do blue, and HPS still has enough blue in it to prevent chlorophyll dysfunction and keep the plant healthy.

These are the reasons the red vs. blue mythology is out there. With CFLs, T5s and LEDs, the exact frequencies of light can be tailored to whatever you want. And unless it is specifically made for plants and has a specially tailored light spectra, I would say not to worry about the “redder” lights, “Full Spectra” and “True Daylight” are terms you’ll see on lights intended for human eyes, and these will almost always be in that ‘K’ range of 5000-6500K, and these lights would be fine for any part of the grow, veg or flower.

Ok… Im not reading that. I mean a cfl light that emits 6500k and then you can flip a switch and those lights go out and 2700k lights come on. Dual season so to speak. I know how the light spectrum works. I apologize for poorly phrasing that. I need a light that can do either end of the spectrum at different times.

That’s not quite what I had in mind but it would work. Im thinking ones encased in the same bulb that can switch over. So you can turn off the lights that are at 6500k and have the 2700k on only. My grandpa had them on the farm but I havent seen them in years and cant remember any official name for them.

Like I said, its not that important really. I don’t think they make them like that anymore, and the most recent ones similar to what you are talking about could not do either or, only both on at the same time.

Again, the real color of the sun does not change that drastically from season to season, real sunlight doesn’t really get below 5000K and unless the light is actually putting out more photosynthetic active radiation at 2700K for the same watts than the 6500K light, you really won’t get any benefit using the 2700K light.

Hey @groovin, out of curiosity I looked around on amazon, and lo and behold: 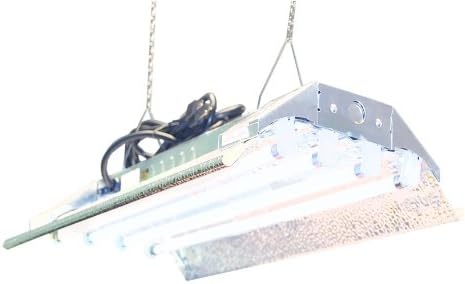 But this is the closest I could find to your description.

I have this T5 setup and it is awesome

@groovin, I also found this, but if you notice, besides that they are apparently no longer being made, they don’t quite specify that you can turn off or switch to only one of the two spectra, the 2700 or 6500. 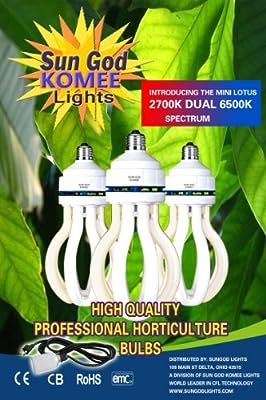 That’s pretty cool. Mogul base or Medium base?