Writing to post my experience as a cautionary tale in case you’re in a similar zone as me. Here on the central CA coast, we got the 1-2 punch. A wicked heatwave hit about 3 weeks back; temps as high as 107 for about 5 days. And that brought on the dry lightning storm that ignited all the fires you’re hearing about. The fires in my neighborhood brought heavy smoke and ash falls for multiple days. Even with my girls growing under an awning for some cover, the plants were pretty well covered with a grey ash.

About a week later, the bud rot began. Started like it always does; sneaky small spots on an otherwise pristine bud. And as usual, it hit the biggest most mature colas first. I can only guess that the combination of heat and ash weakened the plant; maybe even causing it to have trouble respirating and thus holding in more moisture.

In any case, the damage was done. 3 of my four plants have had the rot wipe them out. Starts out looking like just 2-3 buds, which I quickly and completely cut off. Then a close inspection the next day finds a few more, which I cut off. By day 3 of this, I gave up and cut them down entirely; partly in hopes that one last plant (whose buds weren’t as matured and isn’t showing any rot yet) will be spared by getting all the mold out of the area. Partly to salvage what little bud I could. Of the 3 plants lost, I figure I was probably looking at a 1.5 lb. harvest. Now it’s an immature 2-3 ozs.

So check em close and often, and watch for the telltale signs of sudden death and browning of a small leaf or area on your buds. 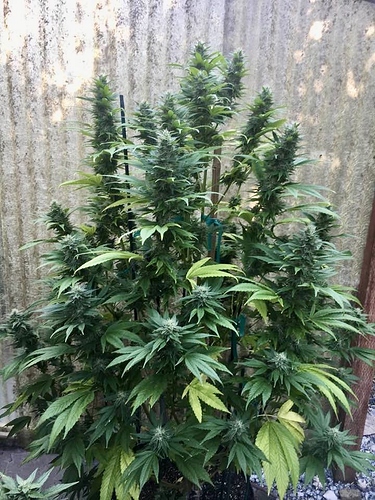 …and here she is today. On first glance doesn’t look too bad. 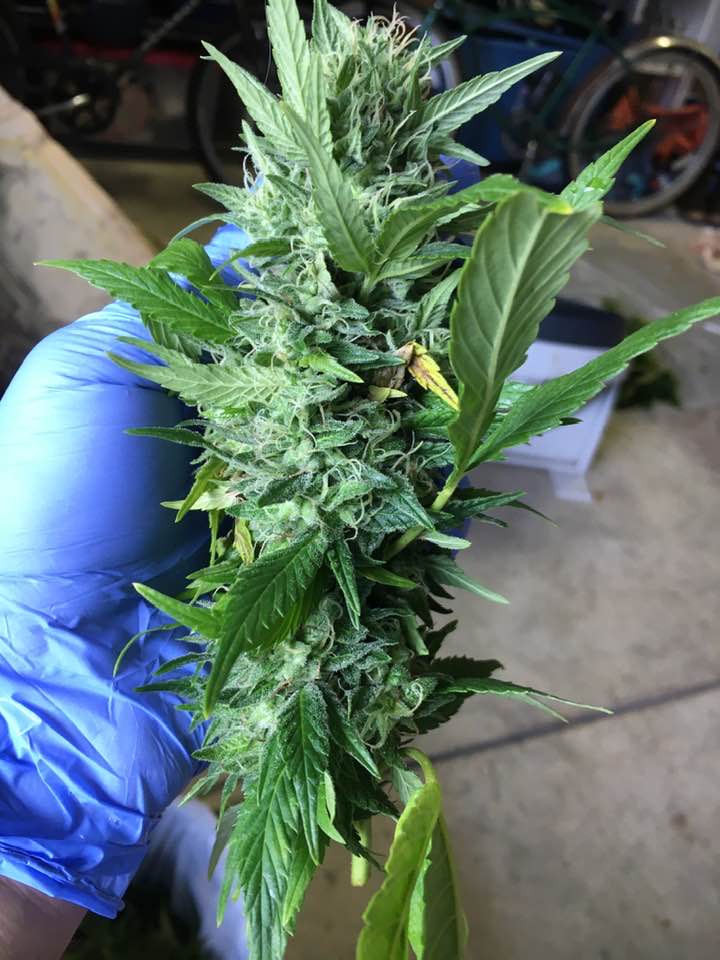 But then you dig in and see the truth. 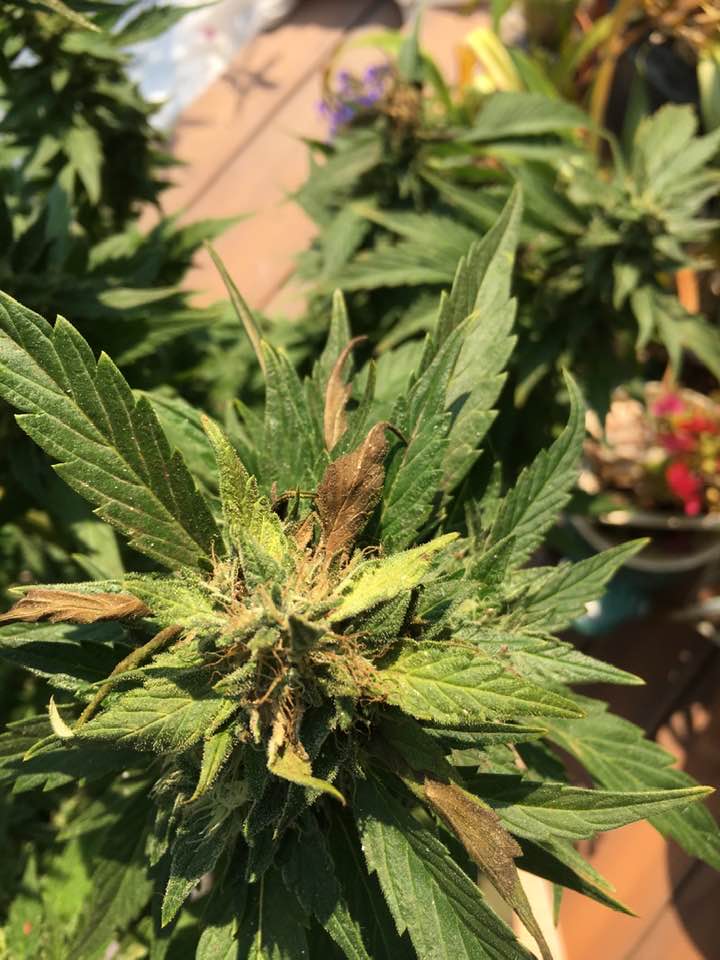 Rest In Peace girls; you didn’t deserve this.

I lost one of my three this weekend. I hope the other two are ok.
I actually brought them into the house.
It was 111° the last couple days.

DLF- thanks for the intel. I think your post should be a sticky for us west coast growers. A reference for our crazy weather.
As they would say in some churches, “testify!” Last year was crazy for me also. I am on the San Francisco peninsula, and we had the heat and the fires-we got it from both ends like,well,plug in your best saying here…
So now does that mean the next season could be incredible? (Oh lordy the monthy python bit about looking on the bright side of life. But I digress…)
I was paranoid (duh) from the toxic ash and replaced 8 Radicle bags from soup to nuts,from skin-out. But optimism reigns and it gave me a chance to start a batch of lasagna layered,no till 25g bags.
I wish all my outdoor gardeners better luck this upcoming season. Really trying to send all the positive energy to the universe, well,because we need it anyways.
SL out.