Can you tell the exact number of hours and minutes to keep a cannibis plant in bloom?

A customer has a question and I hope we can get some opinions on it, thanks

Can you tell me the exact number of hours and minutes in a day that are needed to keep a cannibis plant in bloom??? I understand that 12x12hrs works but in an outside grow what amount of light hours will keep a plant blooming. The opposite time to keep a plant in grow. ??

If you get too far above the 12 hours of light on a photo period plant it has the potential to reveg or herm. Going below 12 hours shouldn’t change too much, will just create less photosynthetic energy and possibly hamper yield a little.

So many people don’t get this about outdoor grows and think they need 12 hours of dark before their plants will flower.

The standard – 18 hours of light/6 hours of dark per 24 hour day for veg – and 12 hours light/12 hours dark for flowering – this generally is what is used indoors to emulate what the plants would need to occur outdoors to get the plants to produce flowers/buds.

Cannabis is what is commonly known as a short day plant. This means it flowers when the days get shorter, in the fall/winter.

In general, most strains need about at least a solid 10 hours of darkness to flower.

Some strains might flower with as little as 8 hours of darkness, but these would be rare indica or ruderalis dominant strains. And of course some ruderalis don’t need any darkness to flower, hence autoflowers

And pretty much all strains will flower with at least 12 hours darkness. This is why 12/12 is used for flowering indoors.

However there are a few equatorial sativa dominant strains out there that have been known to need a full 13 hours of darkness to really get flowering.

Most studies have shown that any less than 9 hours of pretty intense light, and the plant won’t be able to produce as much THC or “bud mass” and will result in a lower yield with less potent buds. And lower quantity and lower quality is not what most people are looking for…

Flowering in response to day vs night hours is called photoperiodism and it is the most significant influence on flowering.

Short day is actually a misnomer, and as I made clear above, it is the length of the night that has the effect on the plant’s biology. These plants should actually be called “long night” plants.

I somewhat inaccurately called them hormones, I used the term loosely more so as it is something a lot of people can understand on kind of how the biology works.

More accurately they are called phytochromes. Plants make 5 of them: PhyA, PhyB, and also C, D, and E.

The mechanism of photoperiodism in short-day plants is known as the ‘hourglass model’.

In the dark, Pfr spontaneously and gradually converts back to Pr. 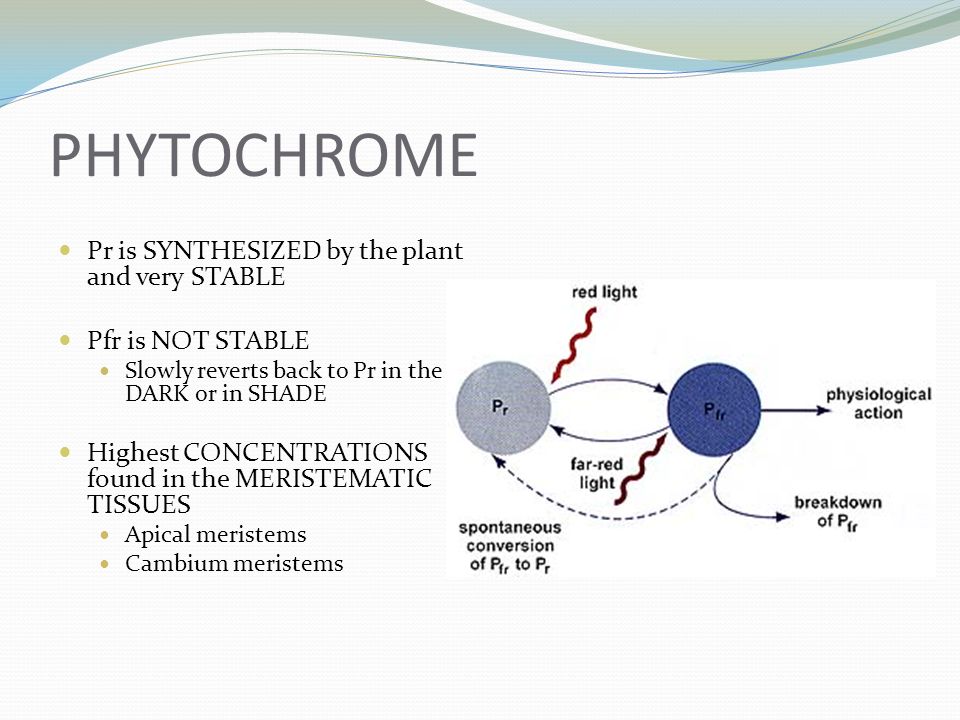 So the plant pretty much needs the full uninterrupted dark cycle (8-13 hours depending on strain) to convert all the Pfr back to Pr. and to carry out the supplementary reactions leading to the release of the flowering signal (“florigen”).

This is why “The Gas Lantern Routine” works and prevents the plant from going into flower with nearly 12 hours of darkness. Only a flash of intense 660-nm light and the Pr is immediately converted to Pfr, undoing all the night’s work.

And that’s why he’s known as our science officer!

Another thing that informs us is that indoor flowering time is usually 60 days+. If the plant is ready to harvest in late September, that means it started flowering in late July when the daylight was about 14 hours. Or more important, the night was only about 10 hours. Inside growers use 12/12 to force it, which is the day/night cycle time of about September 22.

People have tried other cycles for veg and flower. None are much better than 18/6 and then 12/12.

So, according to your theory, a strain like super silver haze (greenhouse!) It needs 10-11 weeks indoor (greenhouse’s site information!) And will be ready on mid oct in north hemisphere outdoors. So this means that since it needs 10-11 weeks the strain will turn to flower on the first days of august?