Can anyone have a look at these pictures and tell me what is wrong with these two plants? 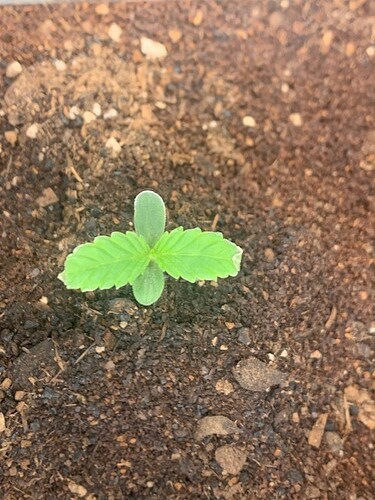 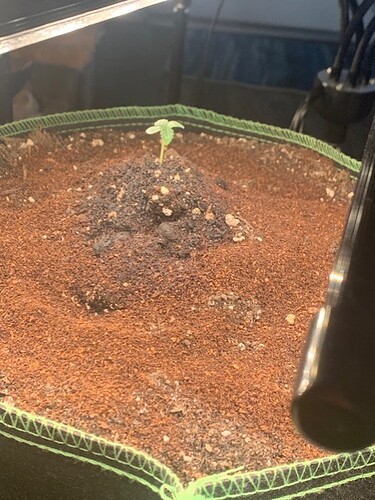 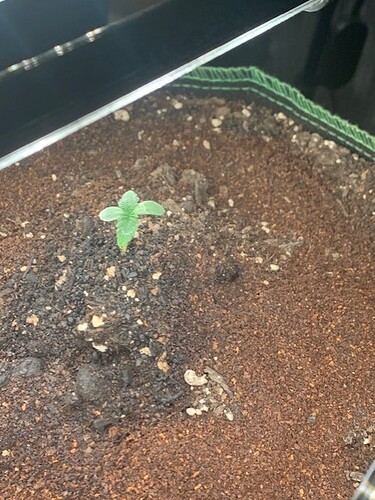 Can anyone have a look at these pictures and tell me what is wrong with these two plants? One is a bit droopy and the other like folded its edges flat as you can see. I have been following all of the measurements on the back of the bottle of each supplement. Could a layer of coffee grounds have done this? I thought that would help.

Oh, wow. Well, coffee grounds works, but I found that you have to be careful to blow anything that landed on the plant off I think, but that is probably what it is.

Coffee grounds have a lot of nitrogen and should be used sparingly. Probably hit a big pocket. Seedlings don’t need anything but moisture the first few days. Are you in coco or soil? Is that the coffee grounds on top? Take a clear solo cup, spritz it inside and place on top

Yes, it is soil underneath a layer of coffee grounds. What do you mean spritz it?

I would try to scoop the coffee grounds up honestly. Or get as much as you can and work the rest into the topsoil so that it is more evenly distributed when watering.

Get a spray bottle, fill it with distilled water, spray the inside of the solo cup once or twice, and put it over the plant like a dome. They like a lot of humidity the first couple of weeks, and moisture is primarily takes in through the first leaves and cotyledons. You can leave the ‘dome’ on until it touches the sides.

The little girls are looking good. but try to get the coffee out. What kind of soil?

Well I heard it was good, I read an article specifically saying that you should use it for cannabis plants, but I guess you say otherwise. But, they say it can either make or break them. But, it is happy frog. It is good soil, I think.

Heres a Picture of one of my girls in the red solo cup with a dome on it… they absolutely love it! Just make sure you remove it when leaves touch the sides. 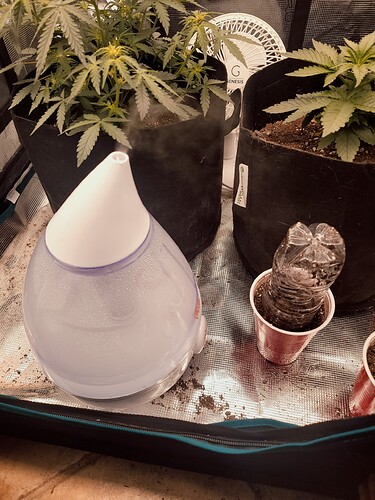 use it for cannabis plants

Plants maybe, seedlings no. As a new grower stick to the basics. Youtube and Google etc is filled with crackpot fixes that worked for someone once.
Start with ILGM grow bible
I rely heavily on growweedeasy. Solid info with no BS.
lots of good sources and there are many that are not.