so now what exactly is this Tribus?

I’m going to just put up a explanation of rhizobacteria. Tribus is plant growth promoting rhizobacteria. It may seem a little expensive when you first look at it, but goes a long way. Only 1 ml per gallon. I ordered mine from Amazon and paid $79 for half a liter. As far as Jack’s you can use it from seedling to harvest in the same strength start to finish if you’re in coco. I use it in FF soil mixture so basically don’t add nutrients until ppm’s drop down low enough to start it. Used it on last grow and was reasonably successful with it.

Rhizobacteria are root-associated bacteria that form symbiotic relationships with many plants. The name comes from the Greek rhiza, meaning root. Though parasitic varieties of rhizobacteria exist, the term usually refers to bacteria that form a relationship beneficial for both parties. They are an important group of microorganisms used in biofertilizer. Biofertilization accounts for about 65% of the nitrogen supply to crops worldwide. Rhizobacteria are often referred to as plant growth-promoting rhizobacteria, or PGPRs. The term PGPRs was first used by Joseph W. Kloepper in the late 1970s and has become commonly used in scientific literature. PGPRs have different relationships with different species of host plants. The two major classes of relationships are rhizospheric and endophytic. Rhizospheric relationships consist of the PGPRs that colonize the surface of the root, or superficial intercellular spaces of the host plant, often forming root nodules.

How the hell do I fall half a days reading behind in 15 min?..brother

Look at it this way @Otis
Free beans for life Gromie 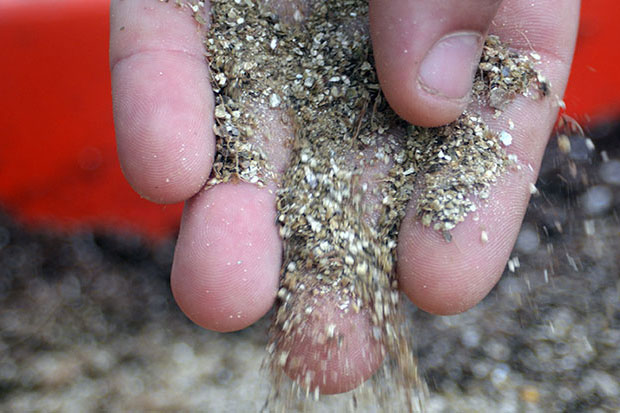 For a few dollars you can make $40,000 worth (100 million propagules) of mycorrhizal fungi inoculant by doing it yourself. No scientific equipment needed.

Wanted to remind everyone of the BOM contest for November just opened. If you have grown ILGM genetics and have some good pics of your buds you should enter.

OK boys and girls, the November BOM is open. Entries close on November 25th @ 11:59pm Eastern, we will get poll up shortly thereafter. Make sure to read the rules and have a fun time!

Thanks for looking out for us!

That counts me out I cant buy ILGM seed stock

@Getch357 this update is for you. As I was telling you I was going to start LST this week. My girls are 27 days from breaking soil. But I don’t base training on age, I base it on growth. I decided that 3 of the girls were ready for training. They had reached 6th node and had the spacing that I like. The other 3 are still a little to short for the training that I like to do. I’ll more than likely be starting on them this weekend. I’ll describe what I do and then put up pics. Remember this is just the way I train, others will do things differently. Hopefully others who follow my journal can help you with what type training you want to do. So if anyone who does LST please tag @Getch357 in your journal.

This is my Chemdawg that I actually thought was going to be a dud. It didn’t break soil until a week after the others. But has out grown the others. Before topping and training.

Chemdawg after top and training

NL before topping and training

So I expect by this weekend, that the ones that I started training on will be already growing up and reaching for light. Hopefully this helps you with what you want to do. I’ll do another update this weekend.

Need not to say anything…

Looking really nice! I train in a very similar way and at about the same time as you. Still trying to decide if I should top or fimm my auto before I tie her down.

- this is exactly how i train more/less, usually top little earlier but youre right, gotta let the plant tell you when theres the correct spacing etc

Right below this post is a white box that says topics and just below that is a grey box. Tap the grey box and select “watching”.

Just scroll down to last post and click on watching, it probably say tracking, touch it and choose watching.

ok you all thanks i got it now…

I couldn’t tell you

Oh I’ll bet u could!