Buds so much nicer in dispensary vs. home grown

Is there a way for me to grow buds like what I might buy in a dispensary? The dispensary buds seem to be much thicker and concentrated compared to what I harvest. Any thoughts? Thanks.

This is because commercial growers have perfected the things necessary to grow good cannabis. They maximize quality and quantity by tightly managing lighting, ventilation, pH, PPM,… It’s hard for a hobby grower to replicate the commercial growers’ conditions without spending a lot of money and having a lot of experience.

But by no means is it not possible.

Hey there @Dealra ,
I checked some of your previous post and saw you grow autos.
I think you might be happier with growing Photo period plants vs autoflowers. Autos are usually a less dense bud, though some growers can do autoflowers really well, its easier to grow a nice dense bud with a non-autoflower variety.
Try it out. It turned out to be easier than I thought.

A quality light can make a bid difference. Also an indica dominant strain will generally be more compact denser buds that sativas.

I’ve grown some thick, sticky buds as well as some average buds. It’s all trial-and-error. Genetics plays alot as well.

The best densest budsive grown so far is memberberry grown under massive amount of light. Hlg 600r wall to wall. The buds are like pumice stones.

saw you grow autos.
I think you might be happier with growing Photo period plants vs autoflowers

I think this is absolutely the case. I’ve had some real depressing photoperiod phenotypes, but a great autoflower pheno has a hard time comparing against a great photoperiod pheno. The ruderalis genetic seems to weaken the bud structure some - not to say autoflower buds are bad (quite the opposite- I love growing autos), just not comparable. It’s almost apples and oranges.

By the way, I literally do grow a dispensary bud - have a clone cut from a dispo in Arizona, have flowered her out and had outstanding results. The only difference between that plant and others I use is the dispensary did all the phenotype hunting to find their mother plant so I didn’t have to - end result is awesome buds. My environment is far from perfect, so while lighting and other factors affect quality and yield, it’s mostly genetics for bud density.

Oh. Or synthetic growth hormones. Don’t think for a second that dispensary bud isn’t sometimes fed synthetic crap to make denser, fatter buds. There’s stuff called PGRs - don’t ask me what it stands for, I don’t remember. There are different schools of thought, but the general mentality is PGRs = bad and yet = dense buds.

A lot of dispensary bud is also freeze dried. This helps them keep their nice shape and density. And then dumped into automatic trimmers which is why they have a nice consistent look and feel about them. They aren’t slow dried then cured. It’s all about getting it from plant to bowl in the fastest amount of time, inventory that sits in dry rooms or curing areas has its costs. 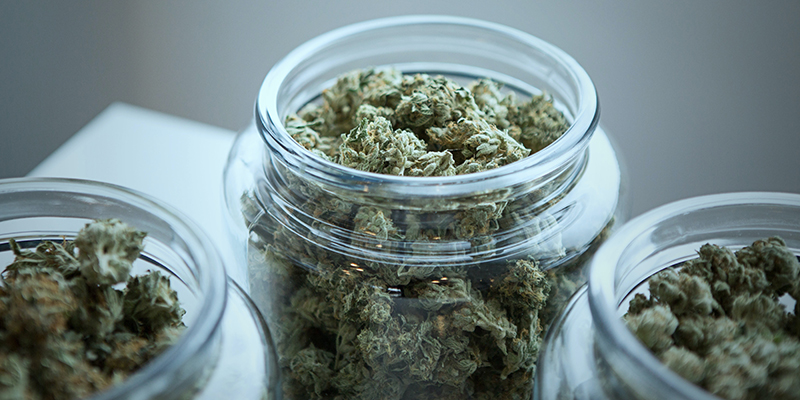 What is PGR cannabis and how do you spot it?

I got some flower from a Vegas dispensary a couple of years ago. I felt ripped off because I was paying for weight and the flower was still wet. It didn’t look or feel like it had been dried at all. I felt ripped off.

the flower was still wet.

Wow. Ick. Mold city. Hopefully not but that would be all I could think of if I got wet weed from anywhere but a fresh cut plant.

It’s possible, but it was vacuum sealed 1/8th, so that probably helped. It was a strain called Lucy Diamond, which is pretty rare. It was good smoke, I just got juked by buying an 1/8th of wet bud.

Sounds like you were. Not all dispensaries are legit or get their product from licensed growers. Up in BC Canada it’s federally legal, and the government stores get their weed from a few select licensed companies like Pure Sunfarms. The issue I have with the gov’t run stores (other than the pricing is a bit high) is that everything is sealed in a silver vacuum bag so you can’t even see or smell what you are buying. Can only go on strain info and listed potency. Many times you buy an oz and it’s tinder-fart dry. And it no longer weighs that 28.5 grams, down to 25’ish or so.

The smaller, not-so-legit dispensaries are more like your craft beer places…specialty weed not for the masses, and may have better product and pricing. Roll the dice, take your chances!

All replies are so informative. Thank you!!