So, I decided this year I’d have a go at growing for myself. I didn’t decide until later than desirable so I didn’t get seeds into pots until about the beginning of June (I think the 1st). I’m doing this on a very minimal budget so no fancy equpment for me. I bought 3 seeds online (Amnesia Kush cos I liked the name) and the vendor threw in a Cheese seed as a bonus. I sowed them in individual pots on the windowsill in the spare bedroom, putting them under a lamp after dark until about midnight when I put them back on the windowsill. They got a bit leggy but otherwise seemed fine. When they got to about 4 inches tip to tip I tranferred them to a bucket each (99p each from B&Q). I kept them indoors until I thought they could survive outside. When I did move them outside, I covered them in clear plastic propagator lids until I thought they could survive a good breeze. After that they were on their own. I topped them once (I should have done it more I think) because I didn’t want them getting very tall. I live in a terraced house so the neighbours aren’t far away. Those on the left have a very good view of them but they haven’t said anything (yet). They still got taller than I wanted so I dug some holes and put the buckets in so that the rims were at ground level. All four are still doing OK although snails are doing a fair job of eating holes in the leaves. If snails are my only problem I should be fine. I’ve been using tomato feed around once a week. I’ll post a couple of pics if I can figure out how. I read somewhere that I should move to straight water a couple of weeks before harvest. So what I’m really after is for someone to give me an idea of when harvest time might be so I’ll know when to stop feeding. 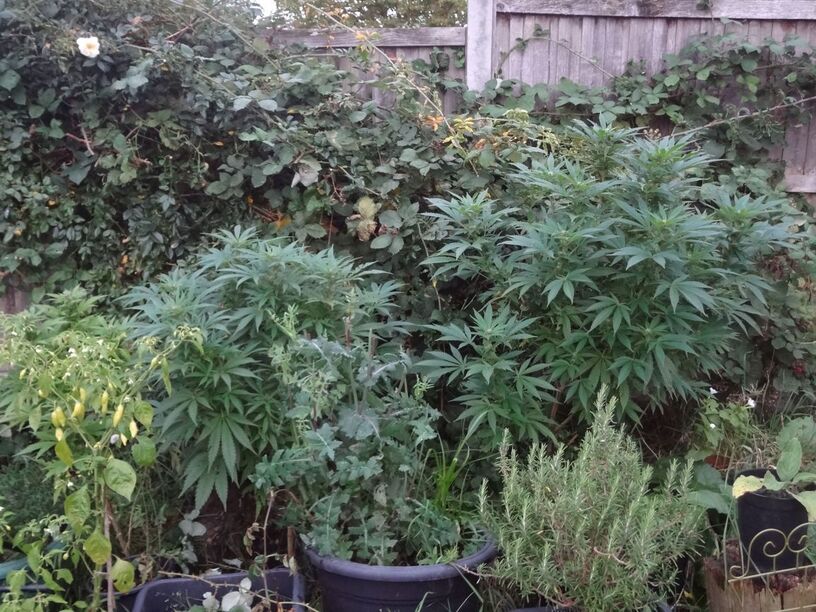 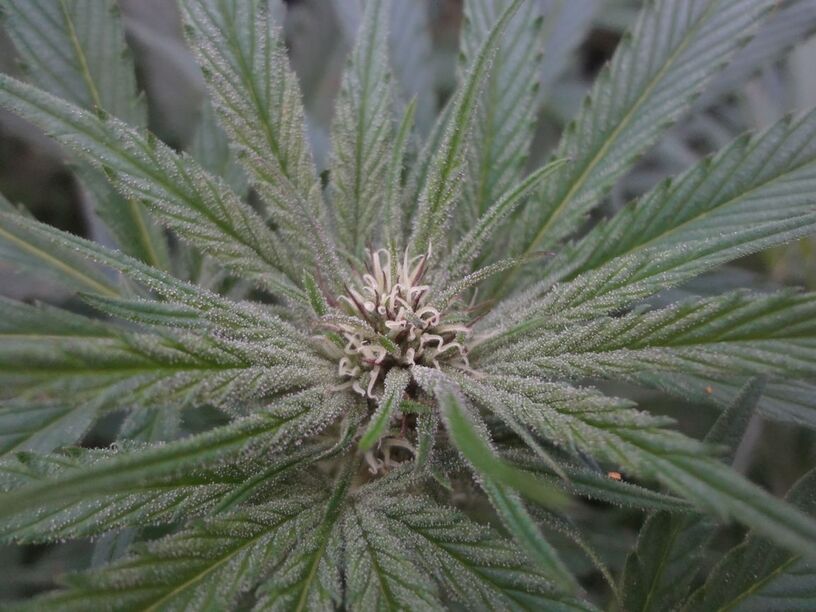 As you can see, I’ve got them surrounded by other plants with a backdrop of bramble and roses so they don’t really stand out if you’re not looking for them. The missus has bought me some seeds for a Peruvian cucumber which I’ll plant next year as a disguising plant as it does look a little cannabisy, Caigua ‘Zapatilla Gorda’ I believe it’s called. Pic from Amazon: 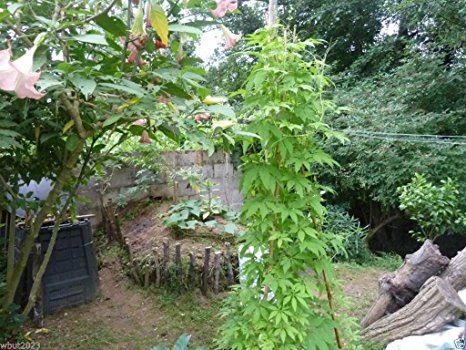 Are there any other pests I need to look out for or do something to prevent? I’m in the UK by the way, South East so not too cold right now but who knows when the frosts might come?

This is probably a better picture of where the girls (I hope) are at. 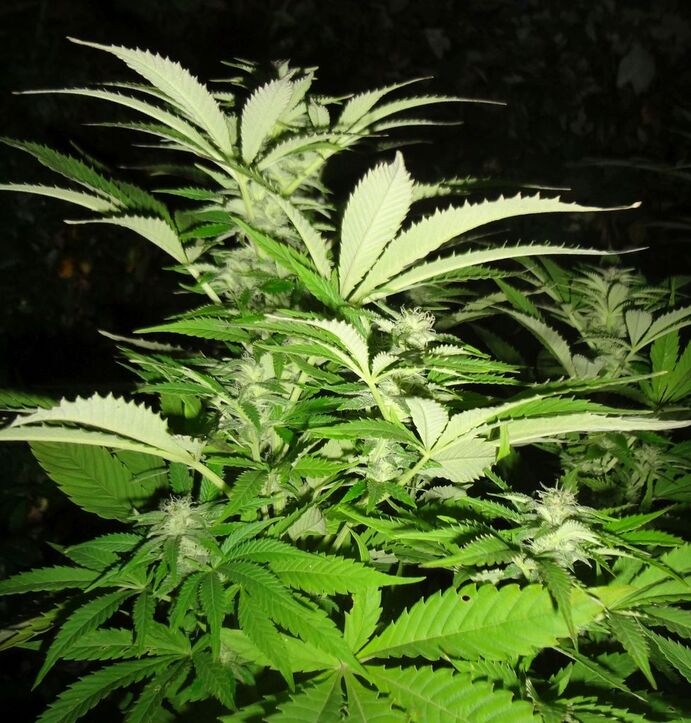 My advice would be to plant things which do not look like cannabis. Why draw more attention? If someone sees the cannabis look alike, they may investigate further where they otherwise would not have.

Definitely female. You are a lucky SOB!!! People on here work their butts off, you throw seeds in the ground - smh

@BillQ welcome to the forum, I’m not an expert, and have yet to harvest my first grow, but you have quite a few weeks left I think. Wait for the pistols to start to turn amber/brown. To know for certain you should get a jewelers lope or a pocket microscope to examine the trichomes. You’ll want to harvest when they’re milky white with some amber.