Hi,
Wondering if anyone has experimented with using a Co2 and Nitrogen gas mix?
Easily available to anyone working in pubs etc.
What would be the best percentage mix of the gases?
Cheers,
PMac

Why nitrogen gas? It is not needed. Lots of people supplement CO2 gas all the time for the plant’s leaves.

I understand the use of Co2, but also nitrogen is integral in growing although I know not usually from gas.
Curious if it can be absorbed by leaves also.
I presume from your answer you dont think there would be any added benefit.
I can easily obtain beer gas(nitrogen and Co2) at liitle cost due to where I work, you think there will be any harm or benefit?
Cheers,
PMac

It is almost impossible to totally make your grow room 100% air tight. Air has plenty of nitrogen, as you may know, it makes up the vast majority of the air we breath, 78.09% nitrogen. As a pure gas, it is relatively non reactive and mostly useless to the plant.

CO2 is part of the way the plant makes energy from sunlight. 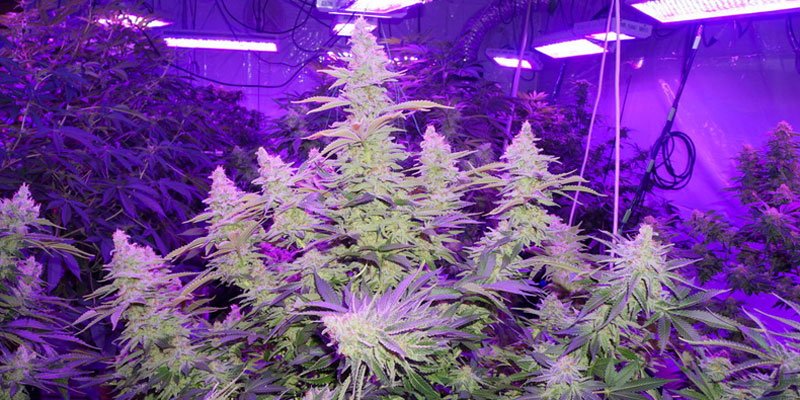 From Light to Growth: Growing the Best Weed with Light - I Love Growing...

Understanding this process can help you grow stronger plants. So, this guide will explain the three steps that a plant takes to go from light to growth.

Most people, when introducing CO2 to the atmosphere of their grow room or tent, are relying on increased concentration and some of the regular air will likely mix in, so even if nitrogen gas was beneficial it likely wouldn’t need to be added. Also a lesser understood thing is that the roots need oxygen. This is why it is so important to have well aerated amended soil or why such aggressive aeration is introduced to hydroponics.

All nitrogen is of course absorbed by the roots as nitrogen salts, i.e. nitrates. Nitrogen from the atmosphere in nature can enter the soil in various ways, especially induced by lightning, where the very strong nonreactive molecular bond can be broken and mix with water and become nitric acid and nitrous acid (HNO3 and HNO2, respectively), in the soil this can be directly used by the plants roots or it can combine with elements in the soil and become a salt.

For the most part, the vast majority of plants can not make use of nitrogen directly from the air and too much nitrate salts in the soil can easily burn the roots.

I find this interesting. Nitrogen, and CO2 are available in the atmosphere High budget growers provide extra CO
2; So, Why is it not comprehensible to ad Nitrogen in the same way. I would have to see a 3 step trial to recommend or dismiss this idea.

I make my own nutrient solution. I would not try this in mt greenhouse, but…I might try it in a controlled grow space. After all. “Lucas”, does not think that you need anything beyond minimal nitrogen to grow excellent MMJ. With a good understanding of the 13-14 elements essential to growing. you might have a great idea. I would rather encourage you; At your own risk, and see what happens.

i.e. Do not use too much Nitrogen in the nutrients.

Summary. If you want to try this at your own risk. Buy, General Hydroponics Micro, and Bloom. Flora series.
If you are right; You can use these nutrients, this way: 0 Grow -1 (Micro) - 2 (Bloom), parts.

I suggest the GH Micro and Bloom because, it is a solid nutrient formula proven over decades, and is the Official nutrient of “NASA” Peace

Again, it is a chemistry issue, Latewood. Nitrogen gas, you know in the air, is useless to 99.99% of plants in nature. ‘Nitrogen gas’ in the air is one of the most stable, strongest molecular bonds in nature. Nitrogen gas itself will not bond or mix with anything normally. In a gaseous state it is useless to the plants metabolic functions. We are not talking about nutrient nitrates in the soil, and minus the lightning strikes, this nitrogen gas has little to no chance to turn into a nitrate in the soil. This is a simple well known fact, no need to experiment.

Again, if nitrogen gas was in anyway usable by the plant, the fact that the air we breath every day is well over 78% nitrogen and only 0.04% co2 and oxygen makes up about 20%, should be plenty of evidence high nitrogen values in the air don’t do anything for the plant. Oxygen is one of the more highly reactive gases and is why it causes things like rust. CO2 at such small percentages in the atmosphere make such a huge impact on the plant. It is simple organic chemistry. Nitrogen gas can do nothing as is in the air. It can not be absorbed by the leaves or roots as a gas. Even the few beans(legumes like clover, peas, beans, alfalfa and acacia), that can use nitrogen gas at the roots, they don’t really absorb the nitrogen themselves, microbes in the root’s microbiome (Rhizobium bacteria) convert the N2 gas to nitrogen salts the roots can use. Rhizobium bacteria have the ability to directly convert into useful nitrogen compounds via the use of a special enzyme called nitrogenase. This process is called nitrogen fixation. Cannabis does not have this symbiotic relationship with Rhizobium bacteria to any degree.

Don’t waste your time or money on nitrogen gas supplementation to the atmosphere.

Cheers,
Thanks for your thoughts.
Was errring on the side of it making no diference, however seeing as I can get use of half a beer gas bottle occasionally (left over after functions where I work) with a regulator I might try the experiment, I cant see it will do any harm.
I have a small fridge I have converted for germinating and seedlings. Can get a good seal on unit and exchange fresh air with fan as well, will give it a go just to satisfy my curiosity.
Will have to wait a few weeks as already plants in fridge. Will try from new seeds rather than change current plants atmosphere.
I realise the % of nitrogen in air, but I can get higher saturation using beer gas plus the extra Co2.
As you say though Mcguyver, I think it should have no effect, but I get cheap supply of Co2 if does no harm.
Cheers

The nitrogen is only going to take up room that could be filled with CO2. The CO2 supplementing can help a lot, but don’t forget the roots need oxygen. If you run adding CO2 and nitrogen at the same time, you will notice an improvement in growth as compared to regular air, but only because the co2 will be well above the 0.04% that is found in normal air and yes no benefit from the nitrogen, it is just taking up space.

As far as Latewood’s statement about his experience in agricultural grows, the reason no one has ever done it with N2 gas in agricultural grows is because it does nothing, seriously, you can easily verify this at agricultural websites with tons of science backing it up. No one does the nitrogen gas (N2), big or small growers.

Kinda on a weird tangent, in paintball, CO2 and nitrogen are used on paintball guns, different pressure requirements and regulator levels to achieve the same velocities, CO2 is kinda more springy, it can be pressurized at lower pressure and yet still provide a large number of paintballs shot, N2 (pure nitrogen gas) is not as springy, if you will, the air tanks need to be pressurized at geometrically higher pressures to achieve the same number of shots. Even though regular air is not 100% nitrogen, only about 78%, 20% O2, about 0.04% CO2 and the rest made up of various trace gasses, like some methane and other stuff, and also plain air is often used in nitrogen tanks at the same pressures with similar velocity and similar total capable paintballs shot before refiling, I mean you are talking nearly 80% nitrogen in plain air, why pay for it, just mix plain air into your grow if you really want nitrogen in there with the CO2, that’s why when I played pro paintball we just used plain air to refill our guns, why pay extra for no significant difference in performance?

Good info Mcguyver, thanks.
The main reason I posed the question was being able to easily and freely obtain large left over bottles of beer gas, But I see your point if I saturate to high with C02/nitrogen then I leave no room for oxygen.
Cheers, well expalined thankyou.

Yeah add CO2 and plain air and you will see phenomenal results.

Using a home rigged vineger dropper into bi carb soda, does the trick as Im only using a small tent 1m1m2m.
Hoped I might be able to make use of the beer gas bottles.
Thanks again.

One more thought, if you are saying this gas that you get, that is free, is a pre-mixture of nitrogen and co2, then yeah, use it with a mixture of plain air, you are right it won’t hurt, you will still have some oxygen from the plain air and the concentration of co2 will still be well above 0.04%.

If you are growing with a bubbleponics/DWC type hydro you could pump pure air into the water, from outside the grow box, to keep the dissolved oxygen levels high in the hydro medium, which is even more important in hydro than in soil.

It is a premix, it is for carbonating beer and pushing it through beer lines to the taps from the kegs, usually use higher nitrogen mix for dark beers/stouts.
The fridge was a fan forced to start with, a couple of holes drilled in the right place made it breath quite well.
Growing in soil not hydro.
Will give it a go when fridge is free next.
Let you know how it goes.
Cheers!

I see MacG’s point. If the gas is unusable, and detracts from CO2 intake, then it has no function, and could in fact be harmful to the grow atmosphere.