Bad seeds from this supplier

There are several of us who have gotten screwed!

several of us who have gotten screwed!

With that attitude - I doubt it.

I guess we need to start a ILGM Runt of The Month contest now.

If I may submit ILGM Runt of Granddaddy Purple… 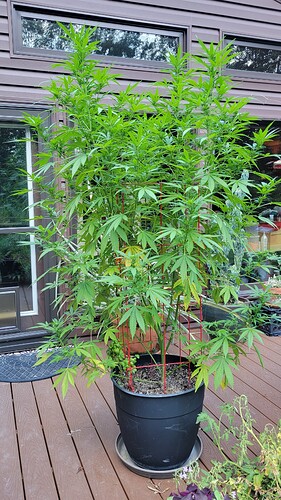 The “healthy” one might be a foot and a half taller…

i work with the public. there are those in this world who blame thier shortcummings on the world. wo is me crowd …

Hi - I’m a newb (see) and I am on my second ever grow, my first was consumed by the savage heat of the desert, but I started again and ordered 5 of Super Silver Haze from these guys, and set to sprouting two of them right away. Those two are probably 10 or so days in, and their little leaves are holding up to the (late summer) savage desert sun. I’m foolishly planning to go from outside to inside when the equinox nears, and I’ll probably screw it all up - I’m doing things admittedly amateur (but not stupid - cheap, my Mom would call it). Anyhoo, hunnerd percent satisfied with these guys so far. The rest is on me. I’m preserving the remaining seeds for an outdoor grow next year. Mi dos centavos.

I may be new to MJ but vegetables i been doing awhile, and i never had a seedling die from being a runt, and as a grower of 50 years then you should know full well that some times stuff dont work out. Some times its out of our control, and some times its stuff we missed, even with all the expercience in the world.

Anyway, i hope they worked it out with you, but ive read enough faqs to know most seed distributors dont guarantee seeds bc theres too many variables, and just like the millions of amazon reviewers, all too often, ppl arent willing to accept their part…usually its the ones causing a huge stink.

And I’ve been a grower and crossed plants since I was 15 - I’m 62 now. I’ve also been a retriever and pointer breeder too. You sir have no inkling of how Mother Nature works nor can you give expertise advice on germination as you have presented no evidence that the seeds were to blame. You must examine your own inadequacies prior to shifting the blame on a reputable seed provider. I wish you luck in the future with your new seed provider.

What kind of pointers did you breed?
The best dog I ever had was an Irish Setter.
A short story - We had woods behind our house and used to keep a couple of golf clubs right behind the back door and a old golf bag full of ball under the eaves. It was our ten-second stress reliever as kids when something pissed us off! LOL!
Walk out the back door and drive a few balls into the woods.
Then we got Trevor the Irish Setter.
My brother gave him to his girlfriend initially hen he got hit by a car and moved out to the country with us.
Anyway, with ZERO training at all, at about a year old he started cocking up and pointing when we’d tee up a ball to drive. As soon as you whacked it he was off like a shot and would eventually return with a ball.
We decided to put it to the test one day and marked the ball with a magic marker.
BAM! Into the woods - and you could hear these things bouncing off trees and there were two wells and a creek back there.
Trevor returned the marked ball EVERY TIME!!
And there were literally hundreds of balls down in those woods!
He’s been dead now longer than he was alive, but he was a magnificent animal and a great friend to a 13 year old boy and his family.
RIP Trevor.

I have to say for a company that has just taken seed from other breeders, selfed selected plants to produce femised seed these seeds are outrageously expensive. Bergman is on other forums only a few years ago discussing other breeders products and his results with those strains. Bergman is not a breeder. He is an opportunist. He seems to have selected for bling rather than actual potency and flavor. Very disappointing. The Jack Herer from him I saw was a hermie. Trainwreck was ridiculously overpriced and not potent. Stay away. If you want the real stuff got to Mr. Nice SeedsAuctions and get your beans at a fair price and make your owselections from far better genetics.

I had Alot that didn’t sprout. Can’t seem to be able to contact anyone. Even wrote a letter. NO ANSWER !!

Sometimes I wonder if grape seeds were planted if most of them would be sour.

@Tylersays I breed German Shorthairs. Have 4 GSH, a single English Pointer and a Lab too. We travel to ME, MT, OK, NM and NC chasing birds each year. We love it!

My Runt turned into the largest plant in the group.

I ordered skywalker og feminized and they produced SEEDS. lame. next to a autos flower white widow . Hope it dosnt seed it? or do I. Maybe it will make autoflowering skwalker widow og?

Any feminized seed will produce a plant that is capable of producing seed. Feminized just means there is 99+% chance resulting plant will be female. If the plant did not herm and produce male parts, then another male or herm plant is nearby (within a mile or so) and pollinated your OG along with everything else in the area.

Wow that is not good news, I think I see the male sections the tops look good. Adding pic. 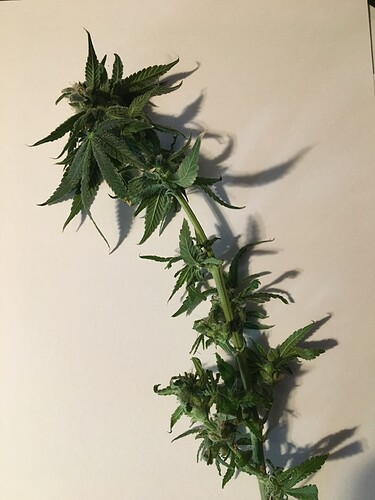 Hi , Thanks for feedback. I removed all to start clean. What a waste of time, etc… I hope to get a different batch to start with.