I had some autoflowers started outdoors this summer. I was very conservative in starting my “clock” on flowering time until they had full round balls of pistils- looked like white dandelions (not just the first stigma). Seeds had an estimated flower time of 50-65 days.

At about day 30-40 we had a significant cold snap coupled with a lot of rain. The plants lost all their pistils, stems/leaves turned purple and began to die, I also noted a small amount of WPM. Trichomes were all over the place, lots of clear, some white and a small % amber. I moved the plants into my tent and treated WPM with fungicide and water/peroxide mixture.

Now at day 45-50 of flower, the buds seem to have restarted growth, covered in white pistils and possibly foxtailing in a few places almost as if growth was paused and simply restarted weeks later right where it left off, on top of where it stalled.

I am trying to plan my 2 week flush but the indicators are all over the place- Trichomes are all cloudy with a few amber, pistils look very early, leaves look like they are close to harvest with a lot of color and bigger fans dying off.

Anyone ever experienced anything like this? Following the orignal countdown and the cloudy triches I think im going to ignore the new pistils and start flushing. 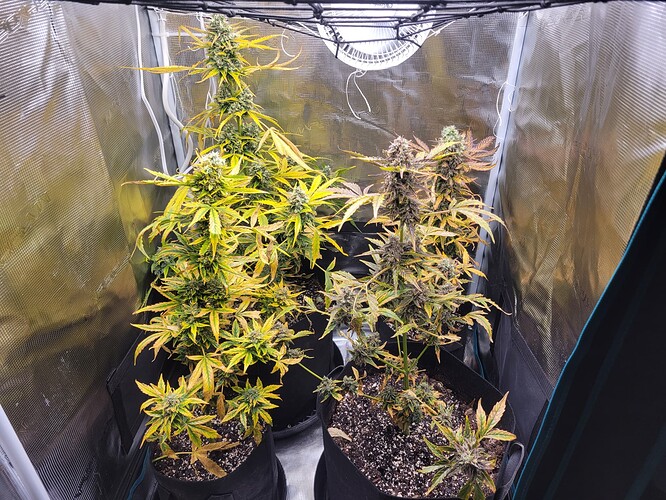 Any pics of the trichs? Were you keeping up with ph in and runoff while inside?

This isn’t really necessary and I wouldn’t let it dictate where you go with grow from here. I would like some defined pics of main colas if possible?

Have been out of town for a few days, in that time many of the leaves have dried up and some of the pistils have started browning up. Plants are between 48 and 53 days into flower… seems too late in the game to really make any improvements. Will probably just water for a couple weeks and watch the trichomes. Photos of colas from most mature to least mature looking. 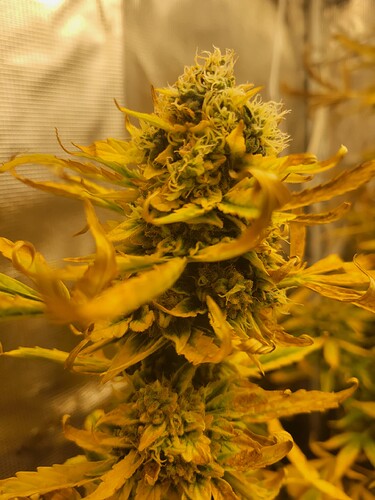 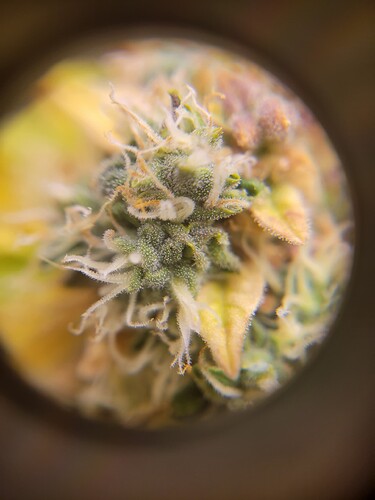 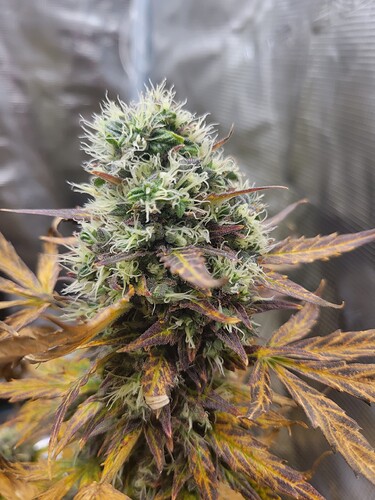 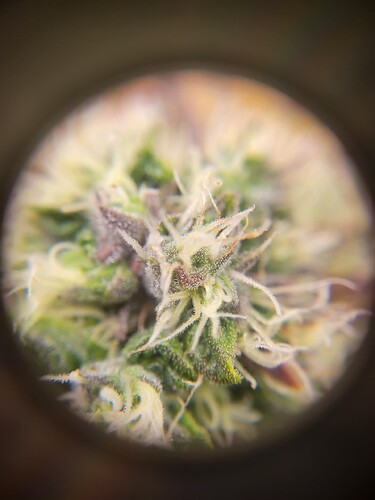 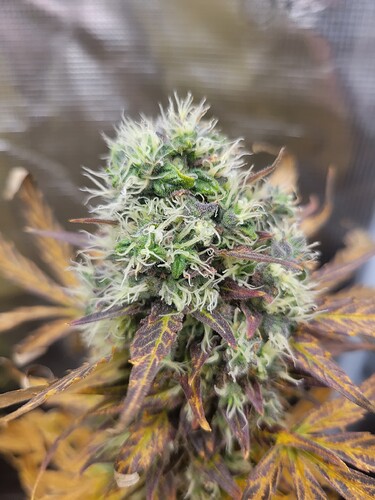 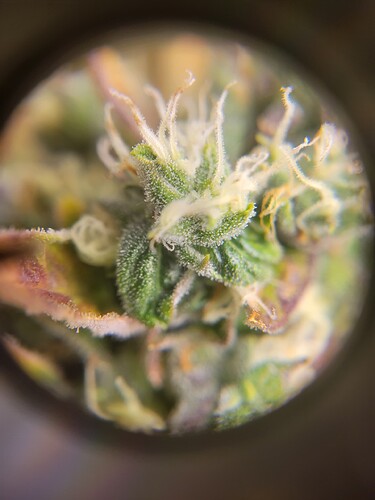