This thread will be combined grow off between myself and @Not2SureYet, for those of you that don’t know we have been mostly growing autos for the past couple years.

The thread will be updated once per week by each of us, to avoid turning into a long drawn out thread that can be hard to keep up with. We will both still have our own regular journals where we will tend to chat more.

We growing two plants each for the purpose of this grow off:
Bruce banner auto by Monster Genetics
TXL auto by Lineage Genetics

All four plants will be grown in Autopot XL trays with 5 gallon soft pots, originals not Aquavalve 5’s.

@Not2SureYet will be growing his plants in a room with a heater set to come on at 61f and kick off at 65f. While I will have mine inside of a 3x4 tent with a AC infinity T6, my room is set to 23c with the exhaust fan to kick on and vetn outside when the tent reaches 26c. I’ll be adjusting my humidifier as needed to try and maintain VPD.

I will be FIM’ing and LST while @Not2SureYet will be growing in his custom adjustable SCOG setup.

My medium of choice is pre washed buffered coco/perlite mix, roughly 50/50. While @Not2SureYet will be running coco grow it bricks, mixed 60/40 with vermiculite. Pots are rinsed once mixed up but not buffed.

@Not2SureYet will be starting the seedlings on Jack’s 321, switching to GH at week three following his own feed scedule seen here

I will be using a nutrient similar to Jack’s Hydrogardens Chemgro 4-20-39
Following their feed chart, although they have suggested to taper down later in flower and I don’t.

20201130_1158152115×864 213 KB
Additives will be:
Fishsh!t (new product autopot has done a deal with and my local store was out of voodoo juice)
This is my version of tribus for this grow.
NPK Raw silica dioxide, rather than GH armour si
Big bud
-NOT using bud ignitor.
-NOT using overdrive (unless I change my mind last minute and have money, as this product does have some appeal)

The lighting will be different, will be measured differently and have different variables.
@Not2SureYet will run 18/6 for the first two weeks, then switching to a 16/8 or a 14/10. His plants will receive a one week flush prior to harvest followed by a 12hr dark period.

I will be measuring my DLI and update it accordingly, I plan to run a 20/4 most of the grow. I may cut the last week down to a 12/12 followed by a 48hr darkness and chop in the dark.

My method was to soak seeds in three parts hydrogen peroxide one part water for 24hr followed by resting them in a Tupperware container with the same liquid soaking paper towel, I got tails on the night of the 29th (two days later)
My 3rd random non competive strain that will be in the tent just due to my limited space/light will be a Purple Kush auto by buddha seeds.

We are both using nursery bags, mine were soaked in the first nutrient mix along with 1ml per gallon fishsh!t prior to seed placement. The bags are now in the tent and domed.

@Not2SureYet used a straight water soak followed by paper towel soak until tails showed 24hr later, he also used a heating mat set to 77f.
After which he placed his seeds into the nursery bags containing her coco/vermiculite mix.
This is all in a clear Tupperware to keep humidity up and a CFL to maintain temp.
Unfortunately he had a timer issue and the heatee/light turned off last night but this has since been corrected. 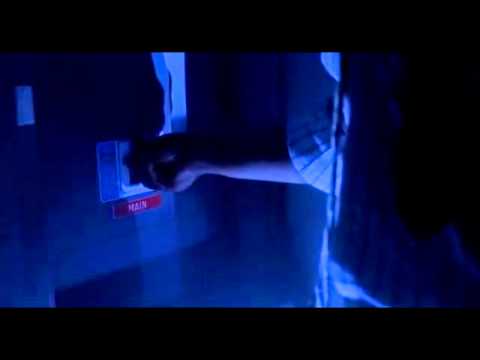 more but I can’t tag everyone

@Nicky Love this. You already know I’m set to watching. Excited for this one!

Thanks for the tag, buddy.

Thanks for tag! This should be fun !
Breaking out the pen and paper , school is now in session.

Thanks Nicky. That was easy for me to do hahahaha I will be watching too

I can barely remember my own na,\me and Nicky has names the whole ILGM family

I knew I missed @Missiles aww sorry!!! So many to remember

Do you think you taggdd @Not2SureYet enough he will see it? I hit him again just in case haha!

I am watching. I had some bad luck with some dream widows and GSC autos from lineage. Very air lose buds. On all the plants. Didnt matter who I gave them to to grow.maybe i got duds. I hope you guys the best and cant wait to see this grow.

Will be watching with interest. Thanks for the tag.

Mine did grow very large. Specially in coco.

You know I’m on board