Another trichome/bud maturity post (having reviewed the previous ones)

I try not to create repeat posts since there is a more than sufficiently large database of information on this forum, but I would find it extremely helpful if a few might be willing to comment on my judgement of bud maturity and harvest method, and if what previous posters have written is, in fact, the general consensus.

Unfortunately, it doesn’t help that I somehow mixed up this plant’s nametag, but I’m pretty sure this is a clone of ILGM’s Blue Dream. Note the plant is a small shrub (barely 1 ft) and was grown with a modified mainline method. I’m also pretty sure this plant has been on 12/12 fo8 weeks. I know the flowering time is listed as 9 weeks, so I’m inclined to give it at least another week, but I think trichome color is what’s tripping me up the most.

As you can hopefully see in the first picture below, the buds still have a fair share of white pistils, although others in the forum and other sources I’ve reviewed say that going by the trichomes is the better way to go. Also, this question doesn’t pertain to some buds appearing more mature than others; my lights have 301bs and I defoliate pretty heavily, so penetration is pretty good and buds tend to harvest pretty evenly for the most part (although all pics below are from top colas). But I never seem to have even trichome maturation–not between buds, but within them. Usually I’ll end up seeing a fairly racemic mixture of amber and clear with some milky batches peppered about. This plant is actually a little better than many of my previous ones, but I’m worried that waiting it out until more clear trichs turn milky will end up in an overall greater number of ambers, which is generally not preferred. Another poster had similar pictures and questions, and one responder said to wait AT LEAST another two weeks, which seems like it would be too long in this case. Lastly, I’ll note that I put my plants into a dark closet for 72-96 hours before hanging until 24 hours after stems snap to trim and cure in mason jars for minimum four weeks.

PS: I’ve read that some growers keep their plants in dark for up to a week or more before hanging–I recall one page saying that the author of the post heard that “the buds were fire, but bud density and overall yield decreased.” Anyone have any firsthand experience with trying this out and if this is true?

Its better to go a week too long then harvest a week too early. You are close and could cut now if you want. Id wait a little longer to let the clear trichomes turn cloudy. I like about 20-30% amber.

She looks like to be right about where I like my daytime smoke. Another week for evening smoke.

Thanks @plumbdand and @Newt. I realized I misspoke, it will be eight weeks on Sunday. Taking your responses together, I think I will wait until a week from today to put into darkness, with another 72 hours making it nine weeks on the dot (to my knowledge trichs continue to mature during this time). I tend to prefer indicas over sativas anyway (despite this strain being sativa dominant), so more of an “evening-like” smoke is fine with me. I just don’t want to cross the line to where I’m losing more THC than I’m gaining.

Thats a beauty. I would flush and harvest my kinda high

What scope are you using? Great clarity

@SteveSS396 no kidding, I can’t hold mine still enough to get photos like that!
@JonRobby2000

I got it on Amazon–brand is TAKMLY, which I would assume is some random Chinese company, but in the nearly three months I’ve had it I’ve been satisfied with is considering it was under $50 after tax. My biggest complaint is that the zoom is a manual gear that you have to turn with your fingers and doesn’t have the smoothest rotation, so one-handed use is very difficult. It’s a pretty retarded design flaw–it does have + and - buttons, which would make the optical zoom function much easier to use, but of course they control digital zoom. My assumption is that it isn’t monetarily worthwhile for the manufacturer to spend a little more and charge a little more for the little motor they would need to control optical zoom with buttons. Also, connecting is a little quirky as you have to do the steps in a very specific order. But worth it for the price point! 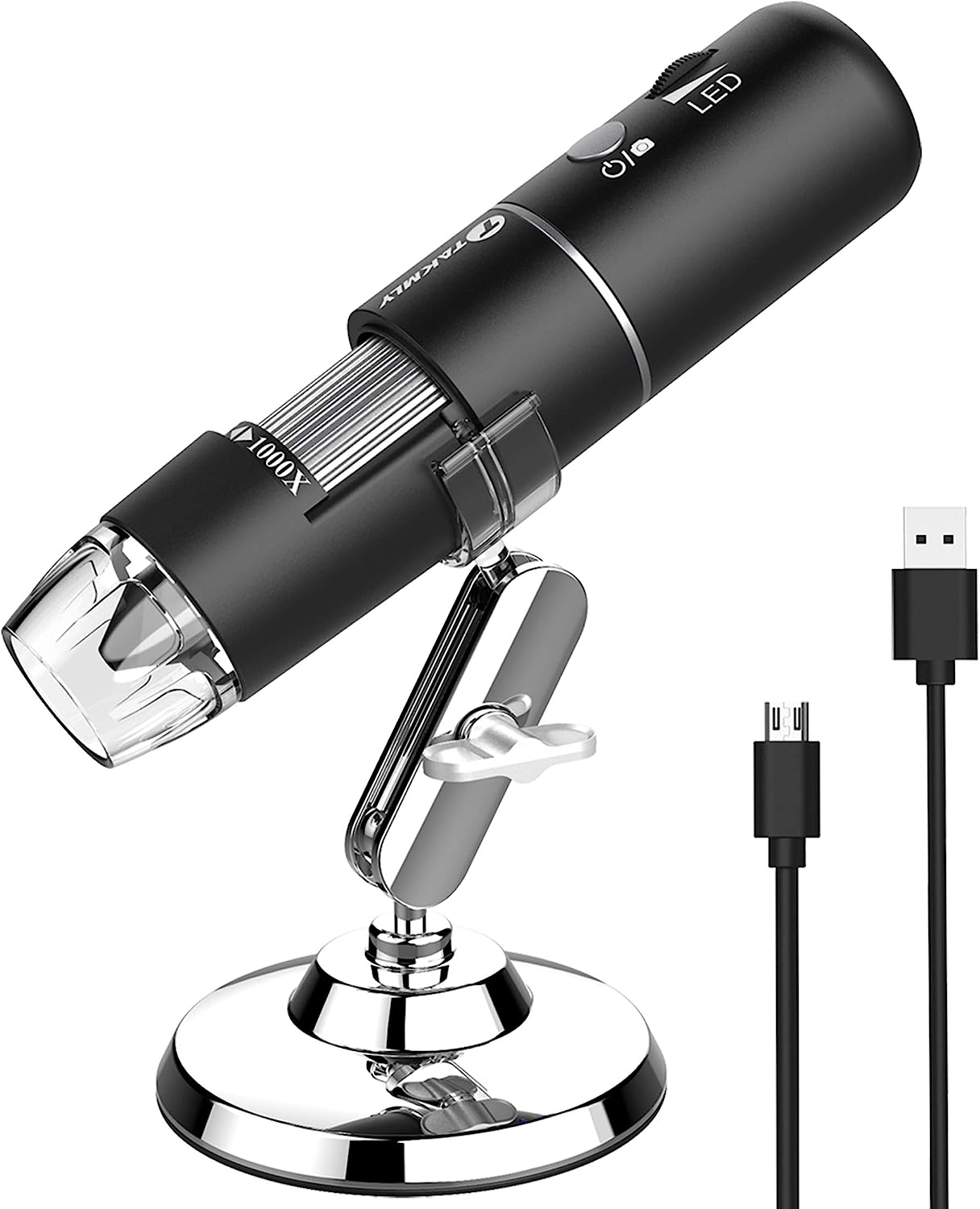 Can we see the whole entire plant

if we may please

? The plant will tell me any and everything i need to know to give my .2 cents . Show me her trichomes are doing great.

I didn’t post this pic because it’s pretty crappy, and I’ll take a better one in the morning but this can give you some idea. I’ve since taped the split at the manifold and propped it up a little better.

I had to go to Jerry Riggs Engineering, Inc., for a scope stand to get decent pics.

Why creativity is called Jerry Rigg or that other sub phrase

? The fact you made effort

, Always a win in my eyes

even if its wack !

I am Jerry Riggs!

I be seeing you getting the work in , i be peeking in on quite a few of you guys and its plenty of gals to im learning just not by name lmao

, I live in the shadows here , you know that Grey Gray area , but I owe no one nothing , Not even the Government right , Praise Him , or Whomever its 2022 right lmao , i be checking in on it and you got the magic going . RASTA FAHRI’ ITS IRIE !

@JonRobby2000 that is the same scope I have. That stand you have is awesome, great ideal.

Too funny Mr riggs. Have duct tape on hand at all times