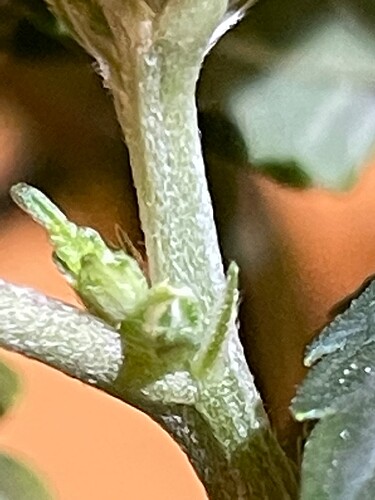 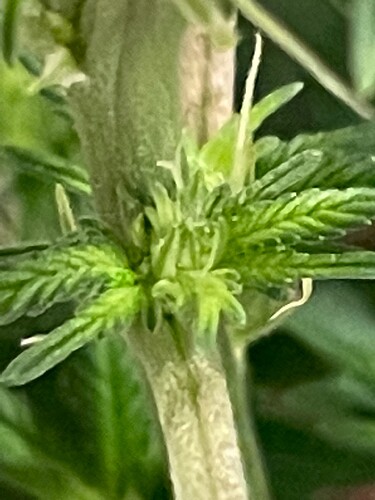 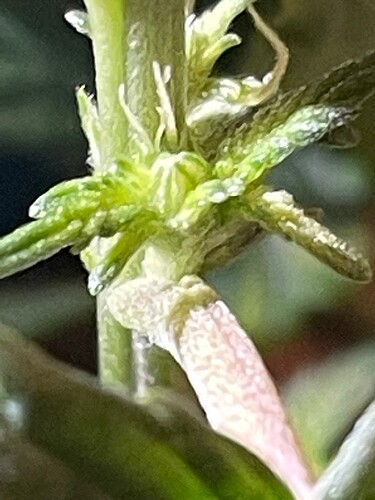 Thanks. I do see what appears to be nanners in a different spot but had trouble getting a picture. I’ll try again and post it if I’m successful

Could it be a hermie if what I think are nanners are nanners? And if it is a hermie, do I toss it so it doesn’t affect the other one?

Few of what I was worried about. 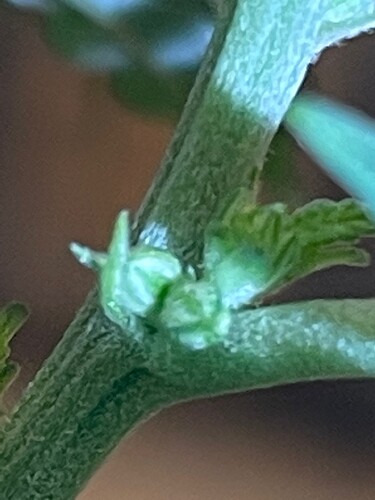 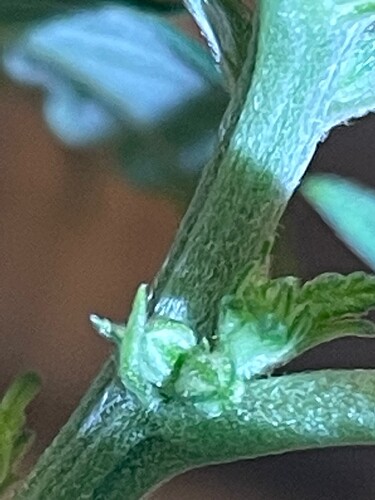 Just saw the last pic and suspicious, any more pics

I found them and scoured it some more. saw something else that was suspect and sprayed some water on it and plucked. What would cause it to turn female then male? Too much light?

After further investigation this morning I found 4 or 5 more what looks like balls. I removed all of them and cut one open. It look like some small bananas in there.

. Annoying is an understatement as the G13 was looking and smelling great

The plant was removed from the tent and put outside for now.

I was hoping that they were swollen calyxes. after finding more and cutting one open and seeing some small bananas I knew it was time to get it out of there. It’s outside now and I’ll let it continue to do it’s thing for now. The outdoor growing season is coming to an end in western Ny.

I went through the BK as well this morning and didn’t see any signs of a hermie.

Just had one of my plants turn hermie after the 1st week and 1/2 of flowering, so I have one plant in my 3x3x6 tent. Below are the lights I currently have. What one do you think I should use for the lone plant? The pic below is from the other night. Plant on top is the hermie 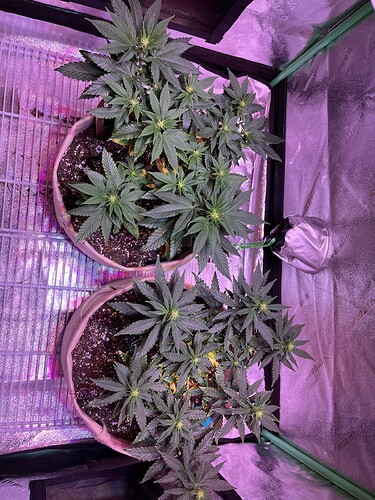 The bigger light is more suited for your space. Do you have any pics of the pollen sacks from herm?

These were from a few days ago and yesterday 12 or so more popped up throughout the plant. One I was able to cut open and look at and it looked like little bananas in it.

Should I turn the other switch on now which boosts the output to 426 watts now?

I would turn light up and see how things go. Just make sure its not too close so plants can adapt some before hitting them hard.

Got it. I have been running the larger light with one switch on and other light at full power (100watts). So the plant is getting over 300 watts, I’ll retire the small light and flip the switch on the larger one. I’ll also raise it up some and see how it does.

Found 3 of these on my other plant, removed them and Cut them open outside 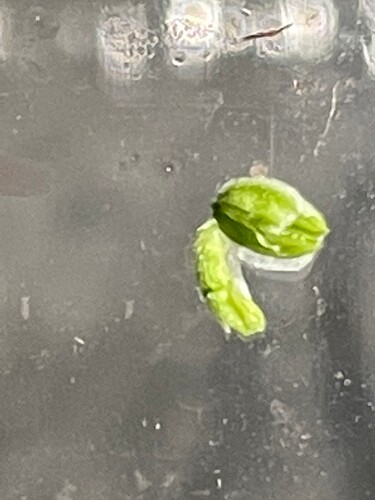 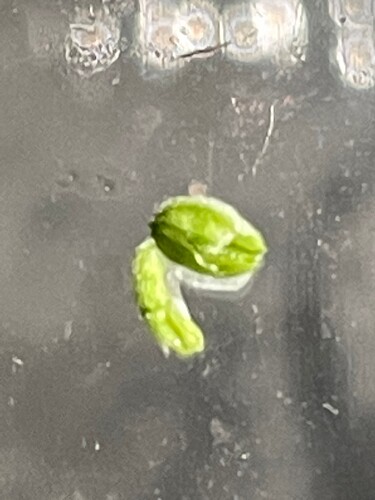 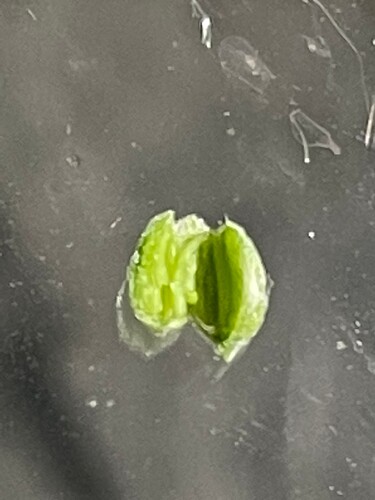 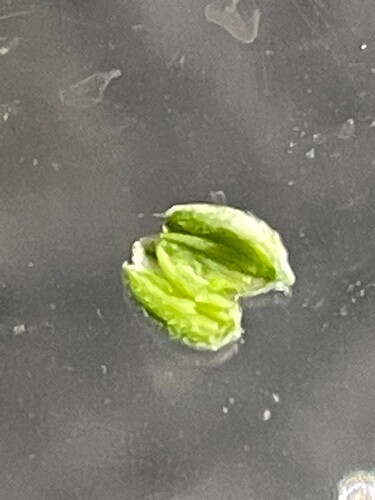 This term is used because they physically look like bananas, which is not what i feel like you have. This is like just inside part of male flower. What you have is either whole male or female flower.

Other calyxes have hairs growing out of them. So in that aspect it’s a female plant. But do these make it a hermie having both?

Im just not convinced that was a pollen sack. It could be, but typically don’t see just one or two.

Ok. Thanks. I pulled a total of 3 off this plant and I feel I did a good job scouring it. I’ll continue to watch it. If they show up here and there throughout the grow would you continue on?

My other plant (can see it in the top of that picture) had 10 or so throughout it. I took her out of the tent a few days ago and set her outside.