I think something that alot of people here are daily to mention is that the reason you don’t see alot of % is that it all depends on the grow.
When you see an advertisement for 20% thc that was just the highest they found in a sample grown.

Here in Canada we have alot of testing going on and even at our local hydro stores they ussualy have a consultant that comes in from time to time and takes samples to get tested at a lab.
You can see that as you become a better grower you can dramatically change the THC and other cabanoids within the exact same plant/genetics. Let alone the fact people are growing from seed, some growing in soil, some in hydro, some are doing little tricks while feeding top end nutrients and some are just letting it buck in their back yard or in a big pot of soil like fox farms.

The other thing is that terpenes play a huge roll, so you may have a 20% thc bud that is lacking terps vs a 16% bud bursting with terps and the stone will be even stronger.

It’s not so cut and dry man, it’s like a fine wine.

Hey @DoubleCure, I think part of that is because when most of us were buying bags in the 70s there was a huge disparity between weak and strong weed. Its was rare to get anything that would get you stoned on a couple hits…at least in our area, so when you did find something strong we all talked bout it. It did get more common later. But my point is that no seed supplier now sells inferior product unless you specifically want low THC seeds. The actual grow also effects the final quality and you will see more conversation about growing techniques than smoke reports. In other words the high potency now is so common its not even part of conversation like it used to be. This actually should reassure you that you will get good genetics from seeds purchased from reputable suppliers.
Have fun and hope your grows go well.

Again thanks, Maybe it’s me being unclear or these reply’s are from people that one way or another profit from selling seeds. My point is not about multi-million dollar companies and the quality of their products. I have absolutely nothing against companies making money by selling products people want. We now have access that we never had before which is in my opinion a greatly appreciated and a needed service.

My question was why is there such a lack of home grown final results being reported. I do see a number of people report about what they did wrong with their grow and that next time will be better.

I do not accept that today’s home grown smoke is so good that quality is no longer talked about. That is an impossibility. Much focus seems to be on taste and aroma which are both worth mentioning but definably take a back seat to quality.

Many YouTube video makers love showing off their grows, many of them even film week by week and yet they don’t show off their final results. This is the basis of my question and this fact remains highly suspect. Nothing to do with seed companies.

To grow a good quality weed I now need multiple supplies from lights to fertilizer and I must follow how to instructions exactly. If I can do that I probably stand a chance of getting close to the marketing promises. Built in to every grow (as you said) there are many factors that effect the grow.

who are selling seeds?

have you grow your own weed? or smoked someone’s who has?

While you make a totally valid point, and I hear you because I was there when I first started ordering seeds, the fact is there is no true way to tell.
Cannabis is so complicated and has been banned for so long that the science hasn’t caught up to the general knowledge, currently the science is trying to prove fact or myth what is already fairly common knowledge including quality and genetics.

Even if we were to all go off thc % alone there is no cheap, easy, accurate way to test everyone’s buds. So people just arnt doing alot of tests in the home grown, black or grey market.

It’s like Ubrew, or moonshine, or home brew… That’s really what cannabis is and will be.
Down the road it will be so readily accessible and affordable that many won’t go through the investment to grow it or test it. Just like the one guy you know who brews his own beer or wine, while most of us just buy a box from the store.

Even the market in Canada is already crashing, companies thought they could sell 5-15$ joints and now all but the biggest are realizing they might go belly up because they spent so much money so fast. Heck even the big companies have stopped construction on their projects in the hopes they can weather the storm, so consumers should start to see prices drop over the next couple years as they undercut each other.

But back to your point drugs effect people differently and tolerance also plays a part. There might be some really good smoke that knocks me on my ass but I smoke one week out of the month and some people smoke 3 times a day so they might think my smoke is junk while their smoke for me might be uncomfortable as it makes me feel nauseated and paranoid

Im just an old guy from Missouri trying to get by. I wish I sold seeds…

I think what you want is here on this site…lots of user reviews of strains.
If not allowed please edit my post, but I dont see any seller competition here… 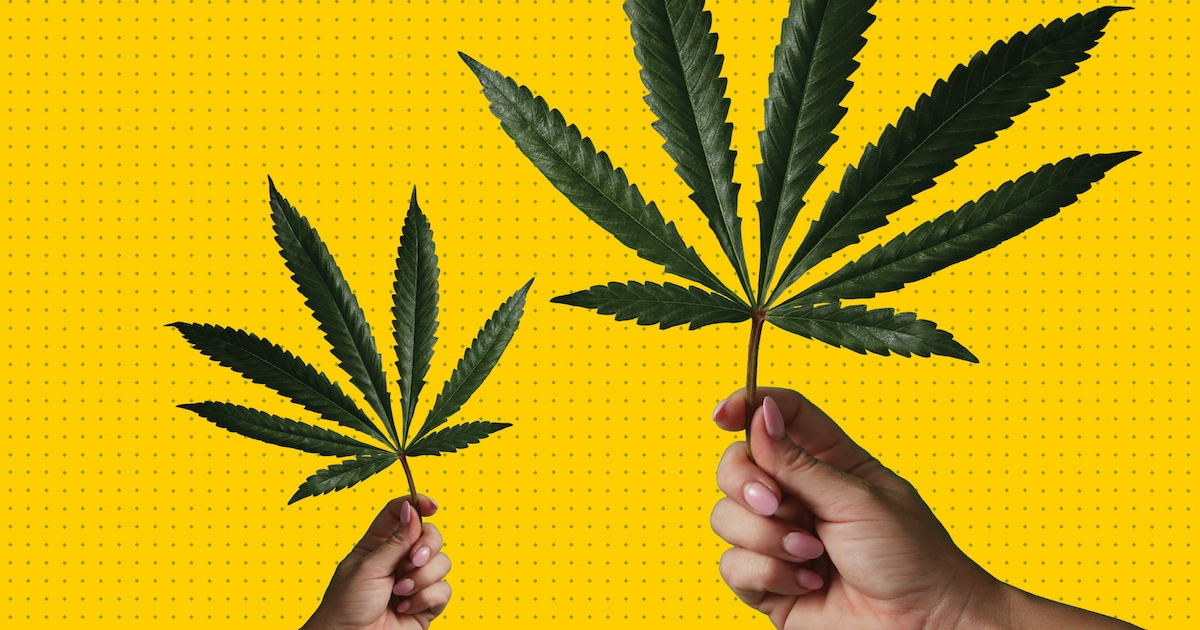 The most viewed cannabis strains in the whole wide world.

One of my favourite is “compare the strain dot ca”

I understand what @DoubleCure is looking for and saying. The culture of users now is quite mature tho. Most of us here are older folks growing for our own well being. I grow because my wife is very sensitive to chemicals and molds so I can assure the product is clean. Im in my 60s…and I know lots of others here around the same age. We seem to be more interested in the actual effects rather than how potent it is. Effects like pain relief, sleep inducing, nausea relief, appetite stimulation. Not saying we dont care about potency…I wish I could invent a cheap THC meter because I would be fabulously rich from it. This however is a growers forum and we primarily share growing tips and troubleshoot problems for each other. Its great and I have learned tons here. A person could use the search feature and look for “Smoke Report” and find several users reports tho.
https://support.ilovegrowingmarijuana.com/search?q=smoke%20report

I agree on alot of stuff you said but I think you are under estimating the people my age that are growing both at home and commercially. Age 30-45.

Your generation has a bit of a hobby style grow and you have alot of time on your hands or medical reasons but we have alot to offer as well.
I think my generation is helping contribute to making things easier and more science/fact based. But potency tests is no easy feat.

I probably am mistaken in that regard. By mature I probably should have also mentioned mature as users. I was 17 first time I smoked. I grew back then too but you really had to hide it from prying eyes.
No disrespect intended…

I didn’t start smoking regularly until about 2 years ago but I used to grow 30lb’s of northern lights a year outdoor and sell it in bulk to the older crowd lol. Had to pay for my high end computer and gaming addiction somehow, had one of my parents friends show me and we just sorta kept it a secret from my parents until recently haha.
I was in elementary school growing trees hidden along the fence lines of farming fields where the farm land wasn’t usable.

Thanks Nicki …all the best.

I hear ya smoked first time in 67 certainly not for medical benefits. I live in southeast asia and the quality here is better than the vapes and famous name brands. Tried them all but good old fashioned thai, full branches, seeds and all, are the best quality I have found living here for my taste. I only smoke to get high because I like it. Med benefits are secondary thank God.
I asked my original question because I am considering growing at home. The penalty is very severe (really just pay off cops) and I was looking for information to help decide if I want to risk growing or just continue to buy. Right now cost about $180 a month, reasonable but with tropical climates all year I can grow my own if it’s worth it all things considered.

The things I like about growing my own is knowing exactly what you have and how it was treated. Everything I’ve grown from ILGM is some incredible smoke. Two hits and I’m good to go. Any more than that I’m normally too high.

Learning the differences between Indica and Sativa is important to have an idea of what the high will be like. If I’m doing something active I smoke a sativa dominate strain for the energy burst. Sativas do cause me some confusion. If I want to relax or need to function in public I smoke an indica because for the most part I stay clear headed. By growing your own at least you know what you got.

My favorite part about growing is the connection you have with the plant. For me it’s peaceful cultivating marijuana. My indoor setup is my sanctuary. My space where I shut out the world. Nobody bothers me when I tending my garden. That’s really nice.

Smell and taste are indicative of terpenes, which affect the effects your plant will have.

Where in south east Asia?
Growing your own in a foreign country is very risky, while I know that like you said you can just pay off the local cops even that has huge concerns.
As soon as you let one person know your going to be risking heavy jail time /death depending on what country your in.
All it takes it one person who gains something more than you can offer or the fact that they can save their own skin for you to in get big trouble, so I would weigh thst heavily.

That being said I think you can grow or you wouldn’t be here but again I would keep it very small. Can you grow it outdoor or are you planning to grow indoor? Indoor you can control the smell

I agree with everything you say, especially knowing lose lips sink ships. It’s why i don’t even like to identify my country which of course matters to no one. I appreciate your words.
I know I am a visitor here. I am not in any way a trafficker, just a guy that likes the high. I’m not going to even use the medicinal purposes option, not that there aren’t amazing health benefits. Here many ancient Chinese medicines were the norm which again makes sense for the poor.
For over five years, i listen to one woman. I currently have 6 autos growing on her family farm, full sun, about four hours from the city. Her brother is caring for them but she told me there is nothing that makes neighbors happier than to turn you in. It’s probably cultural but she insist to be extra careful around strangers. The other reason I wrote was I recently moved to a building with two private balconies. This is why I originally questioned risk vs reward. Thanks Nicky