If a tree falls in the forest, does it make a sound?

Want to understand Einstein’s Theory of Relativity in less than 10 minutes?

This guy has the answers. He experienced a brain injury in 2002. It changed the way his brain perceived the world and he became a math and physics genius. Since he had no math education whatsoever, he is capable of explaining it in terms we can all understand - no math necessary. 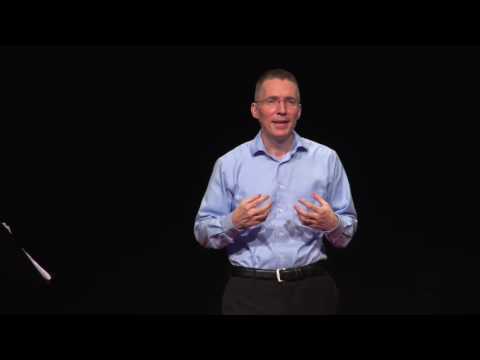 Who knew I could actually sing a perfect high C. You just may not be positioned to hear it correctly. Lol

The perfect high C is actually there, it’s just that from our perspective in the space/time that we exist, the amplitude of that high C wave is very faint.

wow that blew me away.

I though a few of the growmies would enjoy it.

i hope everyone looks at it lol

Reminds me of Schrodinger’s cat.

That sh** freaks me out, but intrigues me at the same time! Different realities at the sime time i guess. Both correct. LOL i have to put the pipe down now.

I learned this stuff when I was studying physics. I understood the concepts because I could write the equations. His understanding is exactly the opposite. His view is intuitive and he understands the concepts without any knowledge of math. His ability amazing.

Damn you got me thinking about this sh** and now my head hurts.

Does that mean im brilliant as well? I kinda got the concepts in Physics but couldn’t do f all with the math!

but couldn’t do f all with the math!

In a way, yes, and I can relate to this.

I quit high school during my sophomore year and had no math ability other than the ability to add and subtract. I studied hard and barreled through (with great difficulty) an algebra class, then geometry, and then trig at a community college. It was flipping hard. I got a GED and got to college and was failing Calculus I. I failed every test. The professor had a few students like me and made a deal with us. He said, “The final exam will test and show me what you have learned in the class.” If the students that weren’t passing could get a passing grade on the final exam, then they would get the grade for the class that they got on the final. I studied my butt off and aced the final. It was smooth sailing once I could somewhat tie the math to the concepts after that first class.

What kind of brain injury

is that given in a secret board room ?

Jason was assaulted by 2 guys outside of a bar in 2002. They were robbing him and punching and kicking him in the head. He said that the first strike was on the back of the head and that the most violent blow he took.

He had a functional MRI done on his brain a few years later. What they found was that he is using a part of his brain that most of us never access.

Probably one of the reasons for some of the conflicting statements given by observers of incidents to police. It will never explain why the color of a getaway car is misreported because we can’t achieve the velocities necessary to observe different colors, but it can certainly explain discrepancies in what sounds people hear and report. A good example is gunshots. It is easy to sense the direction and distance of the source of gunfire when we are outdoors, but when indoors, sounds bounce of walls and determining whether the gunshot came from the left or the right, or from 10 feet or 50 feet away, becomes impossible.

It’s gets interesting when you think about it. For instance: between the earth’s rotation about its axis and also its rotation around the sun, we are all constantly moving at ~68,000 MPH through space due to these two factors alone, and none of us realize it.

You know, as weird as it seems, I started watching this near death experience documentary on Netflix last night, and for some reason, these subjects remind me of each other. What we see, here in our physical world, is like a “set” display of time and space, it’s just where we are at a certain time determines what our space looks like, sounds like, etc. I love science figuring this reality out, and then spirituality blowing it up lol

wow that’s horrific, but atleast something good came out if it.

He’s just making a really interesting observation about the “uncertainty principle”. Not offering proof of parallel universes. Even though it sounded that way. Snacks need to taste good I guess.

Maybe we are not real at all, it’s all imaginary, yet we share a common imagination… Maybe we are just part of the machine & maybe we are but Mychorhizae feeding a bigger system.
H.G Wells was right all along.