@FloridaSon Well they started a week behind, when the afgoo failed but what bothers me is the incredible bulk is supposed to be huge and I don’t want these to get dwarfed ?!

Serious happiness is a tall plant but the 8-ball is a short plant so is Northern lights, it’s going to be milk crates up the wazoo but it always is anyway LOL

…if you ever get a chance to grow 8 Ball Kush give it a try, it’s a tricky plant to grow but the smoke is off the hook !

I will have to remember that. Since you say it’s tricky, I’ll come to you if I can get my hands on some.

I remember smoking some earlier this year and we were joking about it being aptly named. I know it’s better done at home, so I can only imagine!

All behind the 8 ball and s#it…

@FloridaSon LOL I’m still trying to figure it out too ?! …it’s the only plant that the Clones failed, all of them, plus it’s not a heavy yielder

Maybe it was because I was fighting the leaf spot fungus, it seemed very susceptible to that fungus is probably why I say It’s Tricky, but the smoke is the best thing I’ve grown this year!

If LSF would be an issue, maybe I should wait until I’m set up for indoor. We get high humidity with our cold alot!

Off to house responsibilities…

A little backstory on this serious happiness seed:

It came from the dispensary in witch city, I noticed it in a bowl I was smoking, it had a burn on one side of it but it’s sprouted and it’s doing great so far !

No I don’t think that’s an issue with that particular strain, everything I grew had it, some just more than others, I don’t really know much about outdoor growing ?

These are ilgm white widow that I chopped before I thought to get a picture of for the bud of the month contest, they really weren’t contest worthy, I’ve been fighting leaf spot fungus …that’s probably why I don’t have any other pictures?! LOL 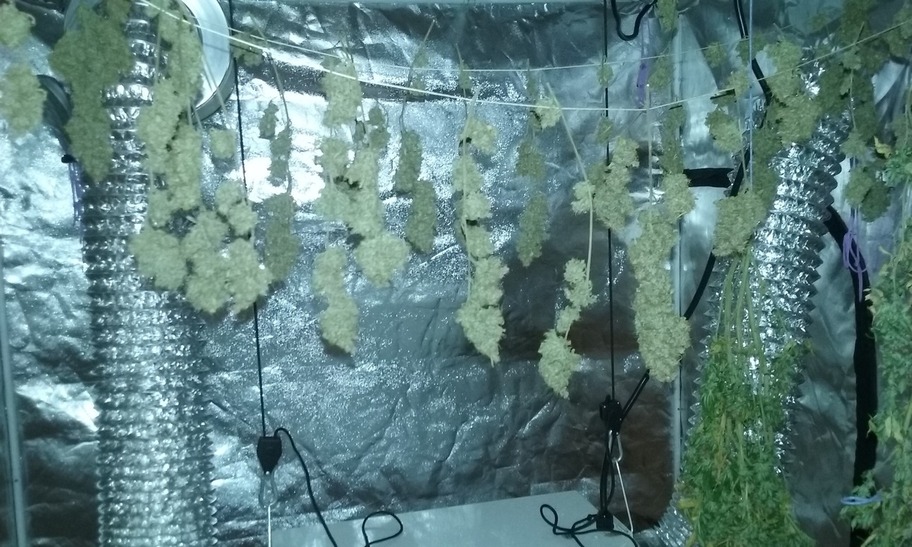 The heat has been dipping to 70 degrees in the coldest part of the morning so I turned the MH from 250 to 400 watts and now it’s steady at 75, I had a high of 77 with the room completely unheated and about 30 degrees outside temperatures (64 was average ambient room temp last evening)

I’m using my light to heat my tent and subsequently the entire grow room at this point, with just this little light on it’s working well but how it’s going to work when everything’s turned on remains to be seen 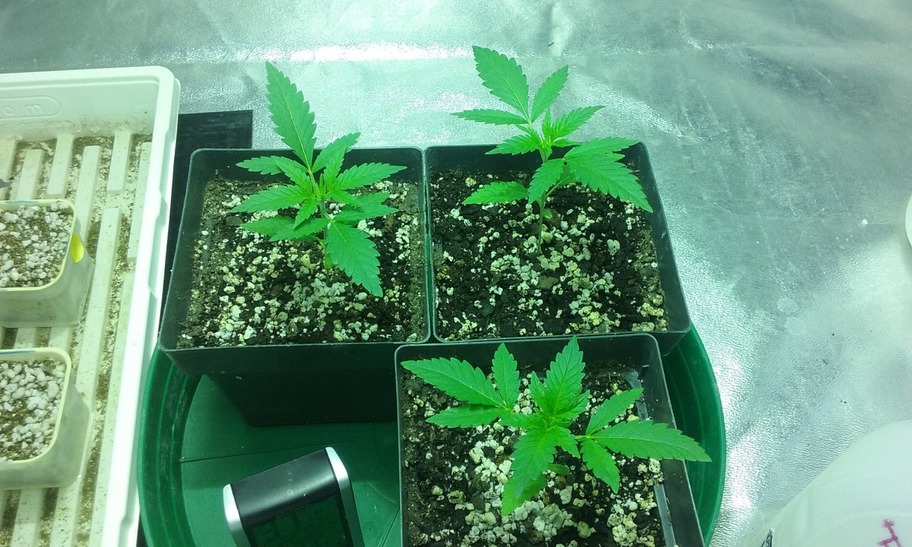 We had a dusting of snow the other night just north of Boston in Andover.

Yes we did neighbor! … I’m on the north shore 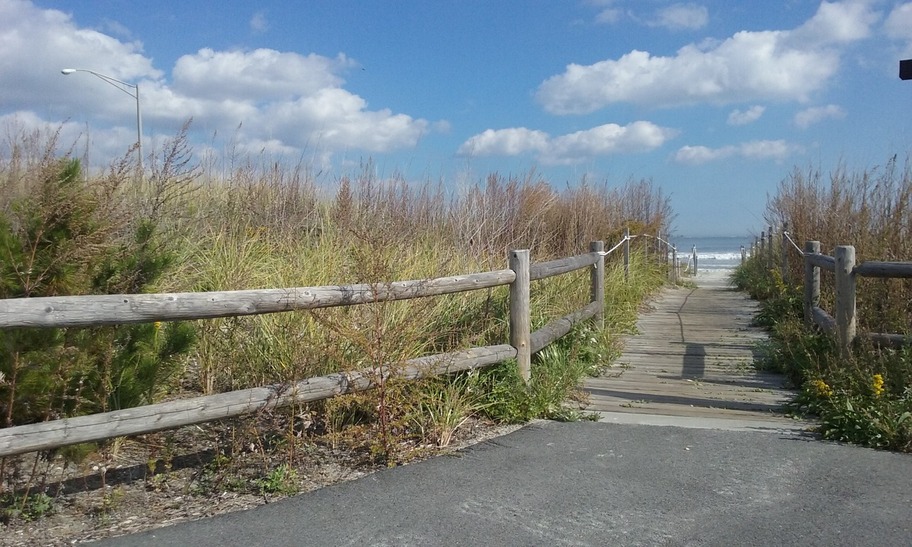 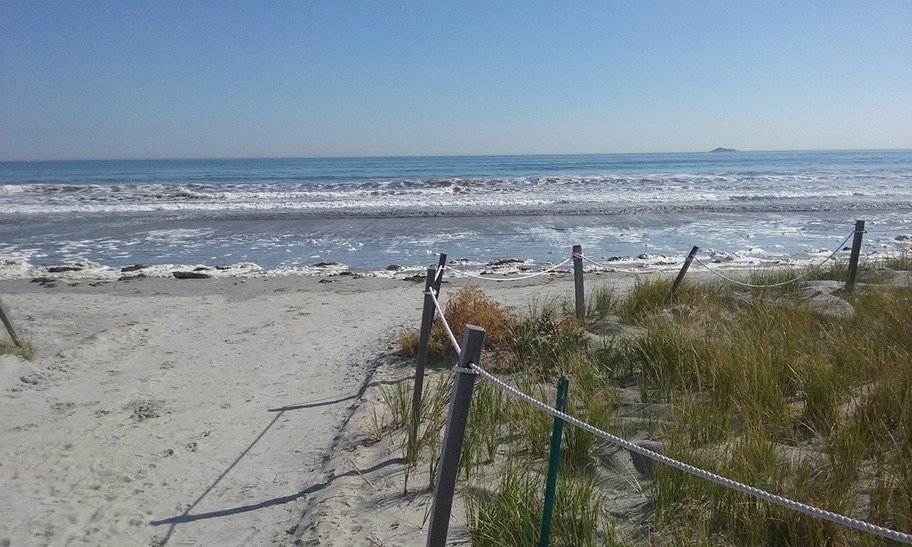 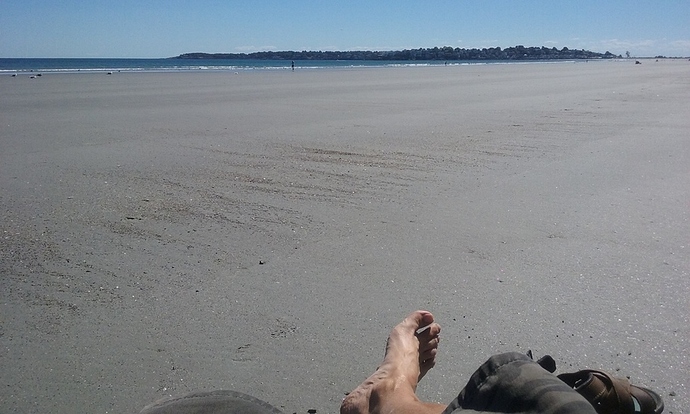 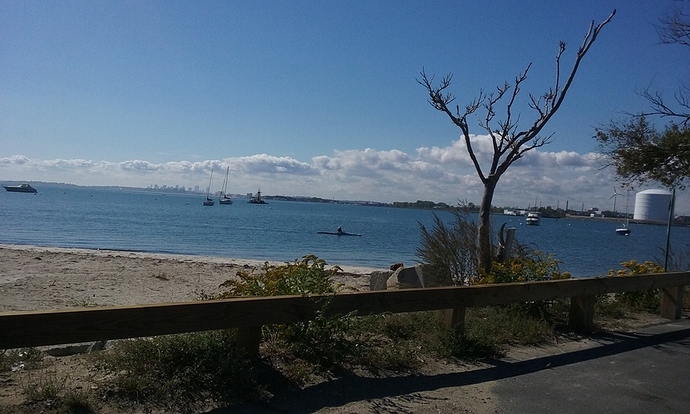 Where are the pictures from? The tank in the background is throwing me off…

Clone sharing at some point?

…that’s Boston to the left of the tank, five or six months of the year that’s my little Paradise

Sure we can talk about clones sometime after 12/15 …thats Nahant beach, you’re maybe 20-25 minutes away?

A few years ago they undertook a huge 25 million dollar renovation to that beach, it’s unbelievable now, check it out next spring!

Looks nice and warm! Where did summer go? I would normally head to Crane Beach or Gloucester but I’m not much of a beach person.

Yeah, not long to get there. Maybe 30 mins based on our crappy traffic patterns. Cool, after 12/15 we can consider the clone thing. Until then, I’ll be using my ILGM seeds when they get here.

Oh man I used to go to Good Harbor beach in Gloucester! … I haven’t been there forever!
That’s another beautiful beach we’ve got some of the sweetest beaches on the East Coast right here! …I don’t have to tell you

All last summer I was smoking ilgm White Widow on the beach it was just the right weed for the beach! I can’t explain why, just enough sativa I guess

With a little luck and the grace of God I’m going to have clones from everything I have listed above, what you got going on?

It is a really nice place to live. Great combination of city. country, forest, beaches and mountains. All withing 30 mins pretty much

I ordered White Widow fem seeds. First time growing in 20 years and a lot has changed since then, or at least there is a ton more info available. I’ll try other strains once I proof out my system. I went for something easy with a good typical yield.

You sound about where I was back in March of this year check out the link that’s me setting up and how I got to here, let me know if I can help!

It’s my goal and desire to document this grow from its beginning. If I can share with another *new grower anything via my successes (or failures) I will be happy, as well as the inspiration I get from keeping this journal!

Humidity, ppm and pH meters coming today as well as pH up and down liquids, tomorrow rapid rooters come, so will start soaking four fem Northern Lights toinght… [image] -hope you enjoy my grow journal! I’ve got a bunch of questions, my first one is… For now…

I created an Excel journal to track everything as well. I’m a little obsessed with analyzing data. I’m sure I’ll be asking some questions if it’s ok with you.

No prob Bob …I’ll have clones in about a month, stay in touch